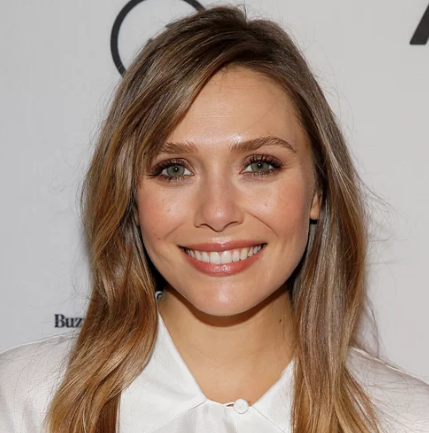 Who is Elizabeth Olsen?

Elizabeth Chase Olsen is an American actress recognized worldwide for her role as Wanda Maximoff/Scarlet Witch, in the Marvel Cinematic Universe. She started acting at the age of four, appearing in Mary-Kate and Ashley’s projects, such as the 1994 television film How the West Was Fun. Also in the straight-to-video series The Adventures of Mary-Kate & Ashley.

Olsen starred in her debut movie role in the thriller Martha Marcy May Marlene in 2011. She was acclaimed for the film and nominated for a Critics’ Choice Movie Award. Elizabeth was nominated for many other accolades, followed by a role in the horror film Silent House. She also received a BAFTA Rising Star Award nomination and graduated from New York University two years later.

Olsen obtained worldwide fame for her portrayal of Wanda Maximoff / Scarlet Witch in the Marvel Cinematic Universe media franchise. She appeared in the superhero films Avengers: Age of Ultron (2015), Captain America: Civil War (2016). Additionally in Avengers: Infinity War (2018), and Avengers: Endgame (2019) together with the miniseries WandaVision (2021). She garnered a Primetime Emmy Award nomination for her performance in WandaVision.

Olsen also starred in films such as the 2014 monster film Godzilla, the mystery movie Wind River (2017), and the dramedy Ingrid Goes West (2017). She had executively produced and starred in the drama series Sorry for Your Loss (2018-2019). Olsen earned a Critics’ Choice Television Award nomination for her role as a widow.

How old is Elizabeth Olsen?

Born in Sherman Oaks, California, the U.S. on February 16, 1989, Elizabeth Chase Olsen is aged 32 as of 2021. She shares her birthday with many famous people which include Jackson Felt, Ava Max, John McEnroe, LeVar Burton, Lupe Fiasco, Mahershala Ali among others.

Who are Elizabeth Olsen’s parents?

Olsen was born in Sherman Oaks, California to Jarnette Olsen ”Jarnie” and David Olsen ”Dave”. Jarnie is a former dancer while Dave is a real estate agent. They later divorced in 1996 and her father married McKenzie.

Olsen is of Danish and Norwegian descent and can speak fluent English together with her mother tongue, Norwegian, and a little Spanish, German and French.

Does Elizabeth Olsen have siblings?

Olsen has three older siblings, two twin sisters Mary-Kate and Ashley Olsen (born 1986), and a brother, Trent Olsen. The twins became television and film actresses as children. She almost gave up pursuing acting in 2004 because of the media attention toward Mary-Kate’s eating disorder. Olsen also has two younger half-siblings, a half-brother Jake Olsen and a half-sister Courtney Taylor Olsen.

Olsen took acting classes and spent time at a musical theatre camp as a child. She studied at Campbell Hall School in Studio City, California. Later she joined and studied at New York University (NYU)’s Tisch School of the Arts. During this time she took classes at Atlantic Theater Company and spent a semester at the Moscow Art Theatre School in Russia. She graduated from New York University in January 2013.

Olsen’s massive interest in acting started out as a child inspired by her older sisters who were actresses and she began acting at the age of four. She has also been an atheist since the age of 13 as she believed that ”religion should be about community and having a place to go in prayer, and not something that should determine women’s freedoms. ” Olsen also enjoys playing lacrosse, cycling, and cooking.

Olsen was previously in a relationship with actor Boyd Holbrook starting 2011 to 2014. She became engaged in July 2019 to musician Robbie Arnett, of the American band Milo Greene after they dated for three years. In June 2021, she revealed that they had married.

Olsen and her spouse presently do not have any child out of their marriage together.

Elizabeth made her movie debut in the thriller film Martha Marcy May Marlene (2011). The movie together with her performance gained critical acclaim after its premiere at the Sundance Film Festival. She earned various award nominations for her role as the titular Martha, a young woman suffering from delusions after fleeing her life in a cult and going back to her family. The nominations include those for the Critics’ Choice Award for Best Actress and the Independent Spirit Award for Best Female Lead.

Next, she appeared in the horror film Silent House, garnering ”rave reviews”. In spite of premiering at the Sundance Film Festival alongside Martha Marcy May Marlene, Silent House was released in 2012. During this time she also starred in the thriller Red Lights and the comedy Liberal Arts.

Olsen received a nomination for the BAFTA Rising Star Award at the 66th British Academy Film Awards in January 2013. It was after playing Edie Parker, novelist Jack Kerouac’s first wife and the writer of the Best Generation memoir You’ll Be Okay, in the biographical drama Kill Your Darlings.

In the American remake of the 2003 South Korean film Oldboy, she appeared playing Marie Sebastian, a nurse helping the protagonist (Josh Brolin), find his daughter. In the same year, she performed as the titular Juliet in an off-Broadway production of the play Romeo and Juliet by William Shakespeare. Elizabeth played the leading role in In Secret, a movie adaptation of Émile Zola’s 1867 novel Thérèse Raquin, which was released in February 2014.

She appeared in the monster film Godzilla, alongside Bryan Cranston and Aaron Taylor-Johnson later that year. The movie received positive reviews and grossed $529 million against a $160 million production budget. Olsen and Dakota Fanning co-starred as teenage girls in Brooklyn in the movie Very Good Girls. It was released the same year, and Josh Duboff of Vanity Fair characterized it as unfavorably reviewed.

Elizabeth played in the 2015 superhero film Avengers; Age of Ultron, a sequel to the Avengers. She joined the Marvel Cinematic Universe media franchise and rose to popularity, she portrayed Wanda Maximoff / Scarlet Witch, marking the comic book Character’s film debut. Olsen initially portrayed the character in a post-credits scene of the 2014 film Captain America: The Winter Soldier.

She appeared alongside Taylor-Johnson who played as Scarlet Witch’s brother, Pietro Maximoff/Quicksilver. Olsen performed the part with an accent originating from a fictional country referred to as Sokovia, which she mentioned as similar to Slovakian. She reprised the character in Captain America: Civil War (2016), Avengers: Infinity War (2018), and Avengers: Endgame (2019). The latest Avengers: Endgame became the second highest-grossing film of all time. Elizabeth played Audrey Williams, the wife, manager, and duet partner of singer Hank Williams (Tom Hiddleston), in the 2015 biographical movie I Saw the Light, directed by Marc Abraham.

She later in 2017, starred as a novice FBI agent in the mystery film Wind River and a social media influencer in the comedy-drama film Ingrid Goes West. The two movies were released in August to critical praise. Olsen appeared in the Netflix movie Kodachrome, portraying a caregiver to a photographer, portrayed by Ed Harris the next year. She executive produced and starred as a young widow in the Facebook Watch web TV series Sorry for Your Loss, which premiered in September 2018. The movie was reviewed positively by Critics and her performance earned her a nomination for the Critics’ Choice Television Award for Best Actress in a Drama Series. However, the series was canceled in January 2020 after showing for two seasons.

Elizabeth portrayed Scarlet Witch again alongside Paul Battany as Vision in the superhero miniseries WandaVision. The movie premiered in January 2021. She received a Primetime Emmy Award nomination for Outstanding Lead Actress in a Limited or Anthology Series or Movie for her performance. Olsen will reprise the role in the movie Doctor Strange in the Multiverse of Madness, scheduled for a March 2022 launch. She is also to star as Candy Montgomery in Love and Death, an HBO Max series about a 1980 Texas murder.

Olsen and her husband, Arnett presently live in their home in Los Angeles.

American actress and singer, Elizabeth Olsen has been active from 1994 to date. She has earned an accumulated net worth of $11 million as of 2021.