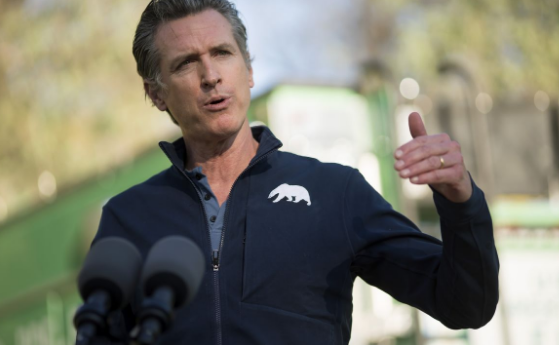 Who is Gavin Newsom?

Gavin Newsom (Gavin Christopher Newsom) is a known American businessperson and a politician, he is currently serving as the 40th governor of California since January 2019.

In addition, he is also a member of the Democratic Party. Before being the governor he served as the 49th lieutenant governor of California from 2011 to 20119 and as the 42and mayor of San Francisco from 2004 to 2011

As a businessman, he developed a company, Plump Jack Associate LP together with other investors. The company was developed on May 14, 1991. After that, they went ahead and opened PlumpJack Winery one year later in 1992. While opening PlumpJack Winery he was aided by his family and friend Gordon Getty financially.

His early interaction with the government was when he declined the San Francisco Health Department requirement. Which needed him to install a sink at his PlumpJack wine store. The Health Department claimed that wine was food and ordered the retailer to build a $27,000 sink in the carpeted wine shop. They went ahead and claimed that the sink was needed for a mop. When Newsom was later appointed supervisor, he told the San Francisco Examiner, “That’s the type of bureaucratic malaise a going to be.”

The business expanded to an enterprise with more than 700 employees. In 1993, PlumpJack Cafe Partners L.P opened another branch on Fillmore Street. Around 1993 and 2000, Newsom and his investors opened several other businesses, including the PlumpJack Squaw Valley Inn with a PlumpJack Café in 1994. Furthermore, they opened a winery in Napa Valley, the Balboa Café Bar, and Grill both in 1995, and the PlumpJack Development Fund L.P. in 1996. They also opened the MatrixFillmore Bar in 1998, the PlumpJack Wines shop Noe Valley branch (1999), PlumpJackSport retail clothing (2000), and a second Balboa Café at Squaw Valley (2000).

His investment included five restaurants and two retail clothing stores. In 2002 his business worth was above $6.9 million. Moreover, every month he gave a $50 gift certificate to his employees whose ideas failed since he believed there was no success without fail.

In 2004 when he became the mayor, he decided to sell his share of the San Francisco business. However, he retained his ownership in the PlumpJack companies outside Francisco. At the moment he is the president of Airelle Wines Inc in absentia. Airelle Wines is linked to the PlumpJack Winery in Napa County.

How Old Is Gavin Newsom?

Who are His parents?

He was born in San Francisco as a son of Tessa Thomas and William Alfred Newsom III. His father was a state judge and a lawyer for Getty Oil. In addition, he is a fourth-generation San Franciscan. His mother worked three jobs in order to support her family.

He has a sister by the name of Hillary Newsom Callan.

Newsom enrolled in Santa Clara University after he acquired a baseball scholarship. Moreover, he graduated in 1989 with a Bachelor of Science in political science.

Currently, he is married to Jennifer Siebel Newsom. Jennifer is an American documentary filmmaker and actress. She is also a director, writer, and producer.

In 2001, he got married to Kimberly Guilfoyle, but later divorced after five years of marriage in 2006.

His drive for politics was when he volunteered for Willie Brown’s successful campaign for mayor in 1995. Gavin hosted a fundraiser at his PlumpJack Cafe, which was private. Brown appointed Gavin to a vacant position on the Parking and Traffic Commission in 1996. After the appointment, he eventually became the commission’s president. Moreover, Brown then appointed him to the position vacated by Kevin Shelley on the San Francisco Board of Supervisors in 1997. He was the youngest member of San Francisco’s board of supervisors at the time.

Gavin was sworn in by his father and he pledged to bring his business experience to the board. Drown named Gavin as part of the future generation of leaders of this great city. Newsom referred to himself as a “social liberal and economic watchdog.” In 1998, he was voted to a full four-year term on the board. In 1999, San Francisco voters rejected at-large elections to the board for the former district system. Moreover, Gavin was then re-elected in 2000 and 2002 where he represented the second district. The district had the highest income level and the highest income level and the highest Republican registration in San Francisco.

As a San Francisco Supervisor, Newsom received public recognition for his involvement in campaigning for municipal railway reform in the city (Muni). Moreover, in his re-election in 1998, he was one of two supervisors supported by Rescue Muni, a transit passengers group. He backed Proposition B, which would force Muni and other municipal services to create thorough customer service strategies.

As a supervisor, he supported a ballot initiative that would enable eateries to offer alcohol at outside tables. Furthermore, as a mayoral candidate, he advocated for the development of 10,000 additional housing units to create 15,000 construction employment.

He stands at an average height of 1.91m tall and weighs 90kg.