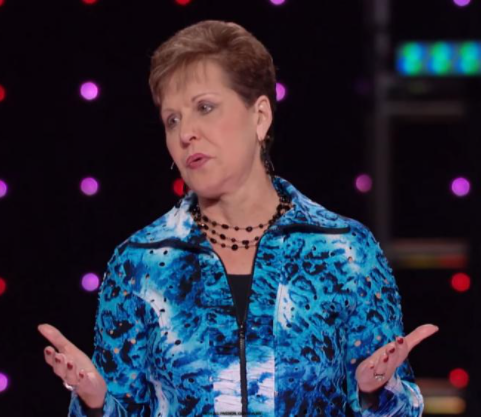 Charismatic Christian author, televangelist, and motivational speaker Joyce Meyer is the president of Joyce Meyer Ministries. She has written countless self-help and religious books, including The Penny: A Novel. She is also known for her widely broadcast TV program Enjoying Everyday Life. She owns many homes and a private jet. She is known as a victim of sexual and emotional abuse.

Joyce Meyer was born as Pauline Joyce Hutchison on June 4, 1943, in St Louis. Young Joyce was taken care of by her mother initially, as her father served the army during the Second World War.
After her father’s return from the army, Joyce was shattered, as he abused her not just sexually but mentally, emotionally, and verbally as well. He was a controlling person.
The exploitation left a deep imprint on the being of Joyce as she developed a derogatory sense of self. Though she looked perfect to onlookers, Joyce had become a victim of multiple personality disorder. She went to school but could not concentrate; neither was she allowed to participate in any after-school activities.
At a young age, Joyce was filled with a sense of self-pity. She was hardly manageable and developed controlling, manipulative, insecure, and harsh behavior. She experienced a feeling of guilt and adopted negative thinking that was powered by suspicion. Worst was that she never felt safe anywhere.
Despite being a victim of maltreatment, Joyce did not give up on her studies and completed her graduation from O’Falllon Technical High School in St Louis.

Joyce Meyer commenced a television ministry that has today become one of the largest Christian ministries in the world. Its program ‘Enjoying Everyday Life’ is viewed by more than 4.5 billion viewers and is broadcast in 40 languages on 900 TV and radio stations. Her program helps millions of people find hope and restoration in Jesus Christ. She aims at redeeming the words of Jesus Christ by making people instill them in their life.

Following her graduation, she went into wedlock with a part-time car salesman. However, hopes of a better future crashed as her husband cheated on her frequently. The marriage did not last long and the two were divorced after five years.
After her divorce, Joyce met Dave Meyer, an engineering draftsman, through a mutual co-worker of Meyer and her father. The two hit it on almost instantly and finally got married on January 7, 1967. They are blessed with four children – two sons: Daniel B. Meyer and David Meyer and two daughters: Laura Marie Holzmann and Sandra Ellen McCollom.

Meyer also reports that she was praying intensely while driving to work one morning in 1976 when she said she heard God call her name. She had been born-again at age nine, but her unhappiness drove her deeper into her faith. She says that she came home later that day from a beauty appointment “full of liquid love” and was “drunk with the Spirit of God” that night while at the local bowling alley.

Meyer was briefly a member of Our Savior’s Lutheran Church in St. Louis, a congregation of the Lutheran Church–Missouri Synod. She began leading an early-morning Bible class at a local cafeteria and became active in Life Christian Center, a charismatic church in Fenton. Within a few years, Meyer was the church’s associate pastor. The church became one of the leading charismatic churches in the area, largely because of her popularity as a Bible teacher. She also began airing a daily 15-minute radio broadcast on a St. Louis radio station.

In 1985, Meyer resigned as associate pastor and founded her own ministry, initially called “Life in the Word.” She began airing her radio show on six other stations from Chicago to Kansas City.

In 1993, her husband Dave suggested that they start a television ministry. Initially airing on superstation WGN-TV in Chicago and Black Entertainment Television (BET), her program, now called Enjoying Everyday Life, is still on the air today.

In 2002, mainstream publisher Hachette Book Group paid Meyer over $10 million for the rights to her backlist catalog of independently released books.

In 2004 St. Louis Christian television station KNLC, operated by the Rev. Larry Rice of New Life Evangelistic Center, dropped Meyer’s programming. According to Rice, a longstanding Meyer supporter, Meyer’s “excessive lifestyle” and her teachings often going “beyond Scripture” were the impetus for canceling the program.

Some of Meyer’s Books and Bibliography