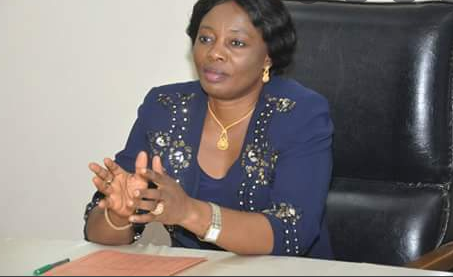 Who is Glory Emmanuel Edet?

Glory Emmanuel Edet is a Nigerian princess and women & child-rights activist. She is a two-time Commissioner for the Ministry of Women Affairs and Social Welfare in Akwa Ibom state.

How Old is Glory Emmanuel Edet?

She was first appointed in 2013 and re-appointed for the same position in 2015 by Udom Gabriel Emmanuel. In 2015, she started an empowerment scheme for widows which selected participants equally from all 31 local government areas of the State. The scheme provided the widows with stat-up funds to float their businesses. In support of vulnerable children in Akwa-Ibom state, Glory Emmanuel Edet has worked with the United States Agency for International Development (USAID) and Association for Reproductive and Family Health (ARFH).

She is a great mobilizer of women, who has worked passionately on issues of gender, the less privileged, and the vulnerable members of society. She worked as a lecturer in the Department of Agricultural Economics and Extension, University of Uyo, prior to her appointment as a Commissioner by the State government. Dr. Glory Edet is a member of various professional bodies.

Glory is a Nigerian advocate of women’s and child’s rights. She was appointed twice as commissioner for the Ministry of Women Affairs and Social Welfare in Akwa Ibom State.

It was a rowdy session yesterday at Ibom Hall grounds, the venue of the International Women’s day celebrations as The Commissioner for Agriculture, Dr. Glory Edet, on Monday, 14th March 2022 openly insulted the First Lady of Akwa Ibom State, Dr. Martha Udom Emmanuel.

Martha is reported to have asked the wives of all 31 Local Government Chairmen to mobilize women for the event.

The arrangement, we gathered, was that each Local Government First Lady would bring 40 women with 2 buses each.

While the wife of Ini Local Government Chairman, Mrs. Edith Idaisin who is also the Women Coordinator of Maintain Peace Movement, the Ini Chapter brought women from Ini with 2 buses, as directed by the First Lady through the Commissioner for Women Affairs, Dr. Ini Adiakpan, the Commissioner for Agriculture, Dr. Glory Edet brought 5 buses filled with women from across different local government areas in the state to the venue of the event to disrupt it and embarrassed the First Lady of the State.

The Commissioner for Women Affairs, Mrs. Ini Adiakpan, who didn’t find Dr. Edet’s action reasonable, approached her and inquired her about the meaning of her actions, Dr. Adiakpan’s question, our reporter gathered, erupted a severe argument which led to an exchange of blows between Dr. Glory Edet who was supported by her sister and Mrs. Ini Adiakpan.

“ I am the Dean of Commissioners and leader of all the women in the state”, Dr. Edet yelled, “I have the right to bring women to the event, and nothing anyone can do to stop me.

The argument and physical combat between the duo of Dr. Edet with her women as they wanted to occupy the canopy kept for Ini Women which were led by Mrs. Idaisin ensued till the First Lady, Mrs. Martha Emmanuel arrived at the venue of the event.

During the match pass, Dr. Glory Edet stood up from the podium where she was seated and asked her women to enter the line, an action which again was rejected by the Commissioner for Women Affairs, a fresh fracas ensued and Martha had to send Senator Akon Eyaenyi to ask Glory Edet to leave that place as she had nothing doing there.

Glory shouted at the Senator and insisted that her women will partake in the match pass. This was also rejected by the women who came with the Chairman’s wife.

In her effort to further calm nerves, Martha asked the Deputy Speaker of the State House of Assembly, Felicia Bassey, to approach Dr. Edet to jettison her effort to showcase her women since the wife of the Ini chairman has already brought Ini women, in compliance to her directive.

This prompted Glory to shout: “ I am the leader of all women in this state, Dean of all Commissioners, and the incoming member representing Ini/Ikono Federal constituency in the Federal House of Representatives. Nobody here can stop me.”

A star in her own right, Dr. Edet has been adjudged the Best Graduating Student of the University of Uyo, Department of Agricultural Economics and Extension, during her first-degree program.

After obtaining her first degree in 2003, Edet proceeded to the University of Ibadan, where she obtained her M.Sc in Agricultural Economics and Doctor of Philosophy (Ph.D.) in Resource and Environmental Economics, from Michael Okpara University of Agriculture, Umudike, Abia State.