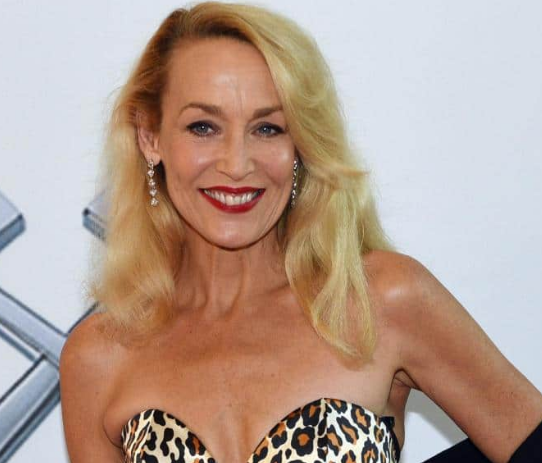 Who is Jerry Hall?

Jerry Faye Hall is a famous American professional model and actress. She started modeling in the 1970s and became one of the most sought-after models in the world. Hall then transitioned into acting, appearing in the 1989 movie Batman. She was the long-term partner of The Rolling Stones frontman Mick Jagger, with whom she has four children. Hall is currently married to media mogul Rupert Murdoch.

Hall and her twin sister Terry were in the French Riviera sunbathing on a Saint Tropez beach when fashion agent Claude Haddad discovered them. Hall then moved to Paris where she shared an apartment with musician Grace Jones and Jessica Lange. She started her modeling career when she appeared in the guise of a siren, on the cover of Roxy Music’s album Siren (1975).

Hall had been on 40 magazine covers such as Italian Vogue and Cosmopolitan by 1977. She was earning modeling fees in excess of $1,000 per day. Hall quickly became one of the most visible and photographed models of the day for her blonde hair and height of six feet. She then won the Lifetime Achievement Award from the Fashion Group International Dallas in 2016. Additionally, she was a muse for artists Ed Ruscha, Francesco Clemente, and Lucian Freud, and also modeled for Andy Warhol numerous times.

Jerry acted in Urban Cowboy (1980) and director Tim Burton’s Batman (1989). She made her professional stage breakout portraying Cherie in a revival of Bus Stop (a role played by Marilyn Monroe in the film version) in the Theaterfest summer stock in July 1988 (hosted at Montclair State University). Hall then reprised the role of her London West End stage debut in 1990 at the Lyric Theatre in Shaftesbury Avenue. She also joined numerous other guests for Roger Waters’massive performance of The Wall in Berlin in 1990. Hall also featured in commercials for Bovril.

In the 1993 British television show Cluedo and in the TV series, The Detectives, she played the role of Miss Scarlett. She then appeared as Mrs. Robinson in a Broadway production of The Graduate in the early 2000s. Hall also appeared as herself in the documentary Being Mick (2001) and appeared n Brighton in the play Picasso’s women in 2002. In February 2004, she was awarded the Guinness World Record for making the most musical appearances in a single night; she performed in six shows before 9,124 theatergoers in London’s West End.

Jerry later appeared on the West End stage portraying Mother Lord in the first London production of Cole Porter’s High Society in 2005. She provided the voice for Sister Penelope in the British cartoon Popetown first screened in New Zealand during the year. Hall then guest-starred on the British TV show Hotel Babylon in 2007. She also has appeared in the BBC comedy series, French and Saunders. In June 2012, she made a one-week appearance with David Soul at the Gaiety Theatre, Dublin, in a reprise of the Pulitzer Prize-nominated play Love Letters by A. R. Gurney. She was then announced as a contestant for the tenth series of the British dance show Strictly Come Dancing on September 10, 2012. Anton du Beke was her professional partner and was the second celebrity to be eliminated from the competition. In 2010, Hall’s autobiography, Jerry Hall: My Life in Pictures was published.

Hall was a judge for the Whitbread prize in 2000, who argued for Seamus Heaney’s translation of Beowulf. In 2005, she was at the center of Kept, a reality show based on her search for a kept man. She also sold her art collection via Sotheby’s. Hall performed at Glastonbury four years later and wrote music and lyrics to original country and western music. She discovered that she was descended from Humphrey Best, an associate of American pioneer Daniel Boone, while in the TV series Who Do You Think You Are?

How old is Jerry Hall?

Who are Jerry Hall’s parents?

Jerry Faye Hall was born in Gonzales, Texas to John P. Hall and Marjorie Sheffield. Her mother was a medical records librarian, and Jerry was brought up in the Dallas suburb of Mesquite, Texas. Hall is of English, Irish and Dutch ancestry.

Does Jarry Hall have siblings?

Hall was born to her parents into a family of five children, as the youngest and aa a twin to her sister. She has four siblings all sisters, notably her older sisters Rosy Hall, Cindy Hall, and her twin sister Terry Hall. Rosy is one of the first Dallas Cowboys Cheerleaders, while Terry works in a photography and printmaking shop, real estate investing, and real estate broker.

Hall attended North Mesquite High School graduating at the age of 16. She also took lessons at Eastfield College while still in high school, in archery, tennis, and gymnastics.

Hall took classes in archery, tennis, and gymnastics while in high school at Eastfield College. She has also been fluent in French since she was 16 and enjoys modeling and acting.

In 1975, Hall began dating musician Bryan Ferry, but broke up in 1977, when she left him for Mick Jagger. Jagger and Hall held a Hindu wedding ceremony in Bali, Indonesia, on November 21, 1990. However, the putative marriage was declared null and void ab initio by the High Court of England and Wales in 1999, ruling that it was not legal as per either Indonesian or English law. They lived at Downe House, Richmond Hill in Greater London, which he bought in the early 1990s. Jagger and Hall have four children together before they broke up, Hall citing his infidelity.

She was then reported to be in a relationship with media business magnate Rupert Murdoch. They were seen together on November 1, 2015, at the Rugby World Cup final. On January 11, 2016, they announced their engagement with a listing in Murdoch’s The Times newspaper. The couple later married at the Church of England church of St Brides, Fleet Street on March 4, 2016. They were then seen together on the final Fox episode of American Idol on April 7, 2016. However, various press outlets announced on June 22, 2022, that they were divorcing. They live together in Surrey, Australia.

American professional model and actress, Hall have been active from 1975 to the present, appearing in numerous films and magazines. She has garnered an estimated net worth of approximately $20 million as of 2022.