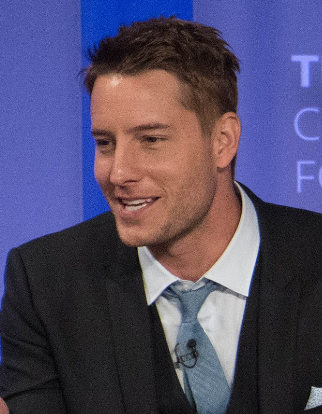 Who is Justin Hartley?

Justin Scott Hartley is a remarkable American actor. He is best known for his television roles including Fox Crane on the NBC daytime soap opera Passions (2002-2006), and Oliver Queen/Green Arrow on The CW television series Smallville (2006-2011). And also Adam Newman on the CBS daytime soap opera The Young and the Restless (2014-2016) which earned him an Emmy nomination.

Moreover, he has appeared in the recurring role of Patrick Osbourne in the third season of the television series Revenge. Justin has starred since 2016 as Kevin Pearson in the NBC drama series This Is Us, for which she was nominated for the Critics’ Choice Television Award for Best Supporting Actor in a Drama Series.

How Old Is Justin Hartley?

He is 45 years old as of April 2022, having been born on January 29, 1977, in Galesburg, Illinois, U.S. Justin shares his birthdate with celebrities such as; Oprah Winfrey, Madison Bailey, Joel Conder, David Spencer, Adam Lambert, and many more.

Who are Justin Hartley’s Parents?

He was born to Mark Hartley (Father) and Jackie Hartley (Mother)

Does Justin Hartley have Siblings?

He has three siblings. A brother by the name of Nathan Hartley, and two sisters by the names of Gabriela Carrillo and Megan Hartley.

He received his high school education at Carl Sandburg High School. After graduating from high school, he attended Southern Illinois University Carbondale. And the University of Illinois at Chicago where he majored in history and theater.

He has one kid with his ex-wife Lindsay Korman. A daughter by the name of Isabella Justice Hartley was born on July 3, 2004.

From 2002 to 2006, he portrayed Fox Crane on the NBC daytime soap opera Passions. And in 2006 played the starring role of Aquaman in a television pilot for The CW titled Aquaman (or Mercy Reef), but it was not picked up as a series. Later that year, he did a seven-episode run as billionaire Oliver Queen on the CW series Smallville. Following the departures of Kristin Kreuk, Michael Rosenbaum, Laura Vandervoort, and John Glover, Justin returned to Smallville in 2008 as a regular cast member.

In addition, he also co-wrote the 2010 episode “Sacrifice” and directed the 2011 episode “Dominion”. Justin starred as Tom in 2008 in the film Red Canyon filmed in the badlands of Utah. After Smallville, he starred opposite Mamie Gummer in The CW comedy-drama Emily Owens, M.D., but after one season, the show was canceled. From 2013 to 2014, he guest-starred on Chuck, Castle, and Hart of Dixie. And had a recurring role as Victoria Grayson’s (Madeleine Stowe) illegitimate son, Patrick Osburne on the ABC primetime soap opera Revenge.

Justin in February 2014 landed the lead role of Tim opposite Anna Camp in the ABC comedy pilot Damaged Goods, but the show was never picked up to series. He was cast in a recurring role in March 2014 in the second season of the ABC drama series Mistresses as plastic surgeon Scott Trosman, a love interest for Josslyn Carver (Jes Macallan). Moreover, he then took over the role of Adam Newman in November 2014 on the CBS daytime soap opera The Young and the Restless and played the role until September 2016.

It was announced that he had been cast in a series regular role on the NBC drama series This Is Us, which debuted in September 2016. At the 24th Screen Actors Guild Awards, he and the cast won Outstanding Performance by an Ensemble in a Drama Series. He also had a co-starring role in 2017 in the comedy film A Bad Moms Christmas. In August 2020, he signed on to star and executive produce a film adaptation of The Noel Diary, based on the novel of the same name.

Justin Hartley’s Salary and Net Worth

He has an annual salary of $4.5 million and a net worth of $7 million.