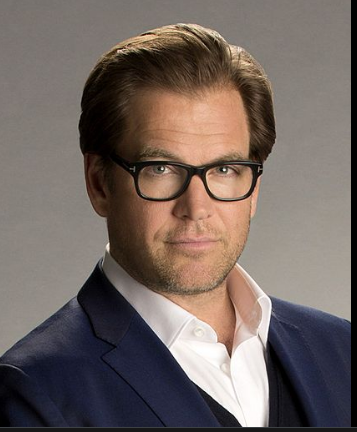 Who is Michael Weatherly?

Michael Manning Weatherly Jr. is a prominent American actor, producer, director, and musician. He is better known for playing the roles of Anthony DiNozzo in the television series NCIS (2003-2016) and Logan Cale in Dark Angel (2000-2002). He began the title role of Dr. Jason Bull in 2016 in a courtroom drama entitled Bull. Moreover, he has also starred in Meet Wally Sparks.

How Old Is Michael Weatherly?

He is 53 years old as of May 2022, having been born on July 8, 1968, in New York City, New York, U.S. Michael shares his birthdate with celebrities such as; Jaden Smith, Penelope Disick, Maya Hawke, Riele Downs, Sienna Casas, and many more.

Who are Michael Weatherly’s Parents?

He was born to Michael Manning Weatherly Sr. (Father) and Patricia O’Hara (Mother). His parents are of Irish descent.

Does Michael Weatherly have Siblings?

He has a brother by the name of Will Weatherly.

He is married to the love of his life BojanaJanovic. His wife is a Serbian internist. They married on September 30, 2009. However, despite being married, he was previously married to Amelia Heinle (born on March 17, 1973). His ex-wife is an American actress and they married in February 1995.

He began his acting career with a minor television role as Theo Huxtable’s roommate on The Cosby Show. Later from 1992 to 1996, he appeared in The City and also played the role of Cooper Alden in Loving. After moving to Los Angeles, he landed a role as a series regular with Jennifer Garner on the FOX television series Significant Others, although the show only lasted for six episodes. Later he met director Whit Stillman who cast him as Dap opposite Chloe Sevigny in the 1998 film The Last Days of Disco. Also in 1998, he appeared as a conflicted warlock in the series Charmed during its first season.

His notable movie credits include Meet Wally Sparks (1997) with Rodney Dangerfield, Gun Shy (2000) with Liam Neeson, Cabin by the Lake (2000) with Judd Nelson, and the independent film Trigger Happy opposite Rosario Dawson. In addition, he starred in Dark Angel for two seasons. Because of this role, he earned himself three award nominations, two Saturn Awards for the best supporting actor on television in 2001 and 2002, and one Teen Choice award for choice actor in 2001. He went on and appeared in 2003 as a Senior NCIS Special Agent Anthony DiNozzo in two episodes of the CBS series JAG. He continued to portray this role in the spin-off series NCIS. Moreover, he made a subsequent guest appearance on both NCIS: New Orleans (2014) and NCIS: Los Angeles (2015).

He together with Pauley Perrette played Abby Scuito, Michael is only one of the two actors who have appeared in all four shows (JAG, NCIS, NCIS: LA, NCIS: NO). In 2004, he portrayed Robert Wagner starring in the television film The Mystery of Natalie Wood. Since 2010, he has made 12 guest appearances as Anthony DiNozzo, Sr., the father of Weatherly’s character on NCIS. On May 6, 2007, he was a guest presenter at the Australian Logie Awards and was a guest on Rove Live. He made his directing debut on March 1, 2011, with the season-eight episode of NCIS titled “One Last Score” and also directed the NCIS season-10 episode “Seek” which aired on March 19, 2013.

In January 2016, CBS announced that Michael would be leaving NCIS after 13 seasons of starring as main character Anthony DiNozzo. At the same time, the network announced in the fall of 2016 that he would star in a new series called Bull loosely based on the real-life trial consultancy of Dr. Phil McGraw. In 2016 also, he was a presenter at the 68th Primetime Emmy Awards and the 40th People’s Choice Awards 2014. Besides acting, he has appeared in numerous talk shows including The Rachel Ray Show, CBS This Morning, Live with Kelly and Ryan, the Today Show, The Late Show, and The Late Late Show with James Corden.

Besides acting and directing, he also sings and plays several instruments including piano and guitar. In his music career, he has written several songs including two songs from the NCIS soundtracks “Bitter and Blue” and “Under the Sun”. In addition, he played in a band and performed music on his own. His other early project was a video shoot for a karaoke CD: A Taste of Honey’s version of “Sukiyaki”.

Michael Weatherly’s Salary and Net Worth

He has an annual salary of $10 million and a net worth of $45 million.