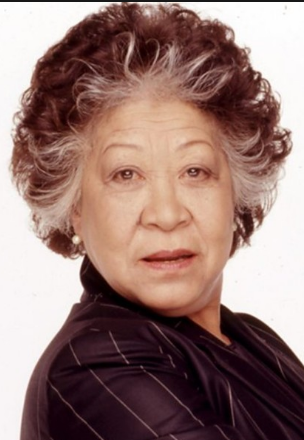 Who is Mona Hammond?

ammond OBE was a Jamaican-British prominent actress and co-founder of the Talawa Theatre Company. Being born in Jamaica, she immigrated to the United Kingdom in 1959, where she spent the rest of her life. She had a long and distinguished career, as she was most known for her work on British television and played Blossom Jackson in the BBC soap opera EastEnders.

Because of her services to drama, she was made an OBE in the 2005 Queen’s Birthday Honours List. Whereas she was awarded the Women of the World Lifetime Achievement in 2018 for her long and distinguished theatre career and for championing Black British actors with the Talawa Theatre Company.

How Old Is Mona Hammond?

She was 91 years old at the time of her death on July 4, 2022. Having been born on January 1, 1931, in Tweedside, Clarendon Parish, Jamaica. Mona shared her birthdate with celebrities such as; Luca Bish, Poppy, Acrello, Martie Blair, Ryan Grantham, and many more.

Who are Mona Hammond’s Parents?

According to news on the internet, it shows that she was born to a Chinese father and a Jamaican mother. However, there is no news regarding her parents’ names on the internet.

Does Mona Hammond have Siblings?

There is no news on the internet showing whether she had siblings or was born as the only child. In case there is news regarding this matter, we will update it here as soon as possible.

She received her education at the City Literary Institute in London for two years. Where she was awarded a scholarship to the Royal Academy of Dramatic Art (RADA) where she graduated in 1964.

She was married to Michael Saunders from 1965 to 1987 when they divorced.

She and her ex-husband Michael had a son by the name of Mathew Paul Saunders born in 1971.

She started her career on stage where she made early appearances on television shows such as Softly, Softly (1968) and The Troubleshooters (1969). Her first lead role was in 1970, as Lady Mcbeth at the Roundhouse in Peter Coe’s African version of the play. Since then, she starred in many plays by an array of up-and-coming black writers: Sweet Talk by Michael Abbensetts, 11 Josephine House by Alfred Fagon, and several plays written by Mustapha Matura including As Time Goes By, Play Mas, and Playboy of the West Indies.

In addition, she spent two years at the National Theatre in productions including; Fuente Ovejuna and Peer Gynt directed by Declan Donnellan, and The Crucible. She along with Yvonne Brewster, Inigo Espejel, and Carmen Munroe founded Talawa Theatre Company in 1985, which became one of the UK’s most prominent black theatre companies. The company produced award-winning plays about the African diaspora and championed reinterpretations of classical British pieces.

Moreover, Mona has performed in several of the company productions such as The Black Jacobins, The Importance of Being Earnest, and King Lear. In 1976, television work followed which included roles in The Sweeney: Wolcott (1980-81), a three-part ATV mini-series about a black detective based in East London. Black Silk (1985); Juliet Bravo (1985); Playboy of the West Indies (1985), Casualty (1986), and When Love Dies (1990).

She also made an appearance in ITV’s Coronation Street twice, first playing the role of Jan Sargent, and the second time playing Velma Armitage, mother of Shirley Armitage in 1988. Next, she was cast as Blossom Jackson in 1994 in the BBC soap opera EastEnders. She remained in the role until 1997. Therefore, this became her second character in the soap, previously having played the minor part of Michelle Fowler’s midwife in 1986.

Moreover, she made an appearance as Mickey Smith’s blind grandmother Rita-Anne in 2006 in the Doctor Who episode “Rise of the Cybermen. Her other film credits include; Fords on Water (1983), Manderlay (2005), and Kinky Boots (2006). In 2008, she appeared in the movie 10,000 BC directed by Roland Emmerich. In October 2010, for a brief stint, she reprised her role as Blossom Jackson in EastEnders. Appearing in connection with screen great-grandson Billie Jackson’s funeral, she returned with her on-screen grandson Alan Jackson.

Because of her services to drama in the UK. She was appointed an Officer of the Order of the British Empire (OBE) in the 2005 Queen’s Birthday Honours List. Moreover, she was presented with the Edric Connor Inspiration Award in 2006. The Screen Nation Film and Television Awards’ highest UK honor.

Adding up to her well-curved and beautiful body, she stood at an approximate height of 5ft 6inches (1.68m) and an approximate weight of 60kg (132lbs).

Mona Hammond’s Salary and Net Worth