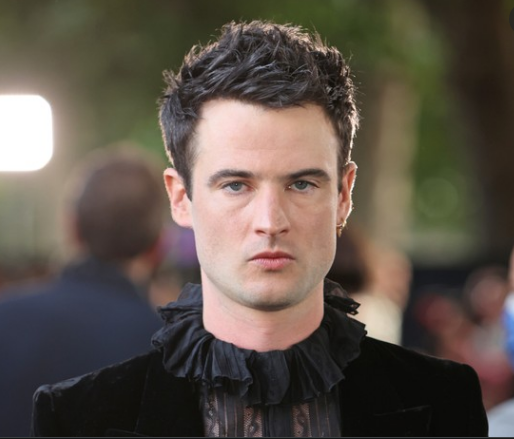 Who is Tom Sturridge?

Tom Sturridge fully known as Thomas Sidney Jerome Sturridge is an English professional actor. He has acted in films like Being Julia, Like Minds, and The Boat That Rocked. Sturridge was nominated for the Tony Award for Best Actor in a Play for his performance in the Broadway play Orphans in 2013. In 2020, he earned another nomination in the category for his role in Sea Wall/A Life

Sturridge started as a child actor and was in the 1996 TV adaptation of Gulliver’s Travels, co-starring his mother and directed by his father. He later reemerged with Vanity Fair and Being Julia in 2004. Sturridge portrayed William Herbert, 3rd Earl of Pembroke in BBC4’s A Waste of Shame in 2005. He then played the role of Nigel in the psychological thriller Like Minds, also referred to by the title Murderous Intent in 2006. The film tells the story of two boys, Alex (played by Eddie Redmayne) and Nigel, placed together as room-mates, much to Alex’s objections. Alex is terrified and yet amazed by the ritual-influenced deaths that start to happen around them, and when Nigel himself is murdered, Alex is blamed.

Sturridge was initially cast as the lead in the sci-fi trilogy Jumper. However, after two months of production, New Regency and 20th Century Fox replaced him with a ”more prominent” Hayden Christensen, fearing the gamble of spending over $100 million on a movie starring an unknown actor. He then appeared as Carl, one of the lead roles in the Richard Curtis comedy The Boat That Rocked (known as Pirate Radio in the U.S.), together with Rhys Ifans, Bill Nighy, and Philip Seymor Hoffman in 2009. Sturridge later in September 2009, made his stage debut in Punk Rock, a then newly dramatized play by Simon Stephens at the Lyric Hammersmith Theatre.

He appeared as a character loosely modeled following the teenage killers at Columbine High School. For his performance, he was nominated for Most Outstanding Newcomer in the 2009 Evening Standard Awards and received the 2009 Critics’ Circle Theatre Award in that same category. Sturridge appeared together with Rachel Bilson in the 2011 indie romance Waiting for Forever. He played a role loosely based on poet Allen Ginsberg in Walter Salles’s 2012 movie adaptation of Jack Kerouac’s On the Road. Tom then starred in the Broadway play Orphans as Phillip, who is developmentally disabled, in the spring of 2013. For his performance, he was nominated for the Tony Award, and Best Performance by an Actor in a Leading Role in a Play.

He later starred as Winston Smith in the Bradway production of 1984, in 2017. Sturridge starred alongside Jake Gyllenhaal in the Broadway play Sea Wall/A Life in 2019, receiving a nomination for the Tony Award for Best Leading Actor in a Play. He was then confirmed in January 2021, to be playing Dream in the Netflix adaptation of The Sandman. In a May 2022, interview, Sandman author Neil Gaiman stated that out of the around fifteen hundred actors’ auditions for the lead character of Morpheus, Sturridge had been among the likeliest to be picked for the role from the time of ”the first ten auditions.”

How old is Tom Sturridge?

Who are Tom Sturridge’s parents?

Thomas Sidney Jerome Sturridge was born in Lambeth, London to Charles Sturridge, a director, and Phoebe Nicholls, an actress. His maternal grandparents at actors Anthony Nicholls and Faith Kent, and his great-grandfather is photojournalist Horace Nicholls.

Does Tom Sturridge have siblings?

Sturridge is currently single and unmarried. He was in a relationship with actress Sienna Miller from 2011 to 2015.

Sturridge and his ex-girlfriend Miller have one child together, a daughter, Marlowe Ottoline Layng Sturridge, born in July 2012.

English professional actor, Sturridge has been active from 1996 to the present in his acting career. He has appeared and starred in numerous films, television series, and plays throughout his career. Sturridge has garnered an estimated net worth of approximately $3 million as of 2022.