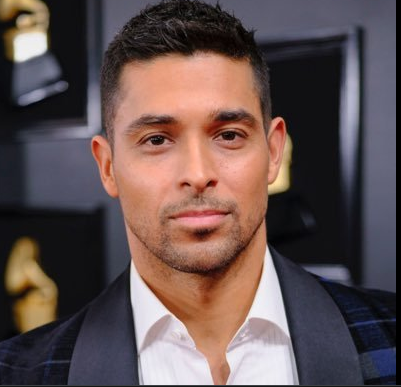 Who is Wilmer Valderrama?

Wilmer Eduardo Valderrama is a famous American actor, singer, television personality, and producer. He is famous for the role of Fez in the sitcom That ’70s Show (1998-2006) and also as Carlos Madrigal in From Dusk till Dawn: The Series (2014-16). Wilmer was the host of the MTV series Handy Manny (2006-13) and has performed recurring roles on Grey’s Anatomy and The Ranch (both in 2016). He is presently part of the main cast of NCIS, playing Special Agent Nicholas Torres.

Wilmer has additionally appeared in various prominent feature movies such as Party Monster (2003), Beauty Shop (2005). As well as Fast Food Nation (2006), Unaccompanied Minors (2006), Larry Crowne (2011), and The Adderall Diaries (2015). Additionally, he has voiced the character of Prince Philippe Charming in the family animated movies Charming (2018).

How old is Wilmer Valderrama?

Wilmer Eduardo Valderrama was born on January 30, 1980, in Miami, Florida, U.S., and is aged 41 as of 2021. He shares his birthday with Danielle Campbell, Becky Lynch, Christian Bale, Gene Hackman, Kylie Bunbury, Olivia Colman, Phil Collins, among others.

Who are Wilmer parents?

Wilmer Eduardo Valderrama was born in Miami, Florida to Sobeida Valderrama and Balbino A. Valderrama. They owned a farm equipment rental company. His family moved to Venezuela when he was three and then to Colombia. At the age of fourteen, they moved back to the United States. His mother is Colombian while his father is Venezuelan, making him of Colombian and Venezuelan ancestry.

Does Wilmer have siblings?

Valderrama was born to his parents in a family of four children, two sons, and two daughters. He has three siblings, one brother, Christian Valderrama, and two sisters, Stephanie Valderrama and Marilyn Valderrama.

Aside from acting, Wilmer has a big interest in music and is a known singer. He also has his own fashion label named ”Calavena” which was launched in 2017 and a production company known as WV Entertainment. Valderrama is also a car collector as he has retained the original model 1969 Oldsmobile Vista Cruiser used in That ’70s Show. The car was bought for $500 and after the show ended, he maintained the car’s initial appearance even though it was not in a condition to drive. Additionally, he owns and maintains a custom 1951 Mercury coupe.

In 2004, Wilmer was in a relationship with actress Lindsay Lohan, but they later separated. From 2010 to 2016, he was in a romantic relationship with Demi Lovato. He has additionally been in relationships with Ashlee Simpson and Mandy Moore.
Wilmer got engaged to Amanda Pacheco, a model and PADI divemaster in January 2020. He revealed in December 2020 that they were expecting their first child. The couple currently resides in Los Angeles, California.

Wilmer began performing in numerous plays which include A Midsummer Night’s Dream and Rumors. He got his career debut in a Spanish-language Pacific Bell advertisement. Following his drama teacher’s suggestion, he found an agent and was then cast in the CBS miniseries Four Corners and in Omba Mokomba on the Disney Channel. Valderrama attained his big-screen debut in the movie Summer Catch. From 1998 to 2006, he portrayed Fez on That ’70s Show: the pilot episode was filmed when he was a senior in high school. He also portrayed DJ Keoki in the 2003 movie Party Monster. Later from 2006 to 2007, he hosted and produced the MTV series Yo Momma. Valderrama also appeared three times on Punk’d, hosted by fellow That ’70s Show alumnus Ashton Kutcher.

Valderrama played in the Los Angeles Times critic’s choice play Blackout in May and April 2003, which was an adaptation of the feature movie Drunks. He later starred in the Actor’s Fund of America one-performance only reading of Sunset Boulevard on April 4, 2004. Wilmer filmed the short movie La torcedura, playing the lead, and also appeared in The Darwin Awards, an independent movie directed by Finn Taylor. He has done animation works as voicing Rodrigo in Clifford’s Really Big Movie and the main character, Manny, in Disney Channel’s Handy Manny series for preschoolers.

Wilmer had s lead role in El Muerto, an indie movie based on the comic book created by Javier Hernandez, and the film was directed by Brian Cox. He guest-starred on the Disney Channel series Wizards of Waverly Place portraying Ernesto, Theresa Russo’s brother in 2010. Also, he performed as Eric Kassabian, an art dealer, in three episodes of USA Network’s Royal Pains in 2011. On July 19, 2012, he co-hosted Premios Juventud as a superhero. He appeared in the house music band Nomads’ track video of ”Addicted to Love” later in August the same year.

Wilmer received an Alma Award for Outstanding Social Activism on September 27, 2013. He then joined the cast of From Dusk till Dawn: The Series by late November the same year. In the fourteenth season of NCIS, on June 16, 2016, he joined in and is a series regular as NCIS Special Agent Nicholas Torres. He has also voiced Gaxton in the 2020 Disney/Pixar animated feature movie, Onward. He additionally will lend his voice to the Disney animated movie Encanto in 2021.

Wilmerlaunched the song ”The Way I Fiesta” on May 11, 2011, performing as his alter ego, Eduardo Fresco. The music video was directed by Akiva Schaffer from the group The Lonely Island. His That 70s Show co-star Danny Masterson had a cameo appearance in the video. He also appeared in the 2009 music video for Wisin & Yandel’s track ”Imaginate”. In 2011, Wilmer produced and appeared in the video for LMFAO’s song ”Sexy and I Know It”.

Valderrama later revealed at the Billboard Latin Music Awards that he was making music, which he would release in English and Spanish. Interviewing Latina on July 27, 2012, he said he is recording songs and is working with great musicians/producers from both the Spanish and English sides. He hoped to launch more songs in 2013. Later he stated that a Salud Part 2 is in the works and that he had his music being released by the end of the summer of 2014. He states music as his initial passion on DJ Vice’s Electric Taco.

American actor, musician, dancer, producer, television personality and businessman, Valderrama, has been active from 1998 to date. He has been actively involved in his career and has garnered up a net worth of approximately $20 million as of 2021.