Past and Modernization of Islam 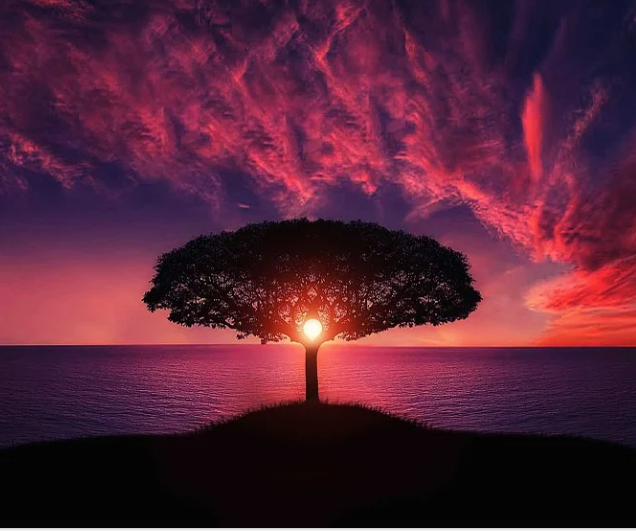 Past and Modernization of Islam

Islam is today the religion of more than 350 million Muslims, occupying a wide belt stretching from the Atlantic to the Pacific, across Africa, parts of Europe, and Asia.

Muslims are interested in studying the reality of Islam in order to know to what extent they may be able to adopt modern ways without losing their religion. In recent times there have been two parties amongst the Muslims: one maintaining that religion should be sacrificed for the sake of modernization, and the other that modernization should be sacrificed for the sake of religion.

Now there is a third party that sees a possibility for reconciliation between modern life and the old religion.

READ ALSO: Death and The Afterlife

The modern Muslim thinkers find in the principles of Islam a flexibility which allows them to explain and interpret with the greatest freedom while still keeping the faith intact.

Islam has a special message that preaches peace and unity.

The special message of Islam is twofold. It first completes the message of the previous prophets—and we must not forget that Muslims recognize the Judaic prophets such as Isaiah and Jeremiah who have also been adopted by Christianity—by putting an end to the dispute between the Nestorians and Jacobites about the nature of Christ: Muslims believe that Christ is of the Spirit of God, not God Himself, because God “begetteth not nor was begotten. And there is none comparable unto Him.

Mohammed underlined the necessity of obedience to the orders of the earlier prophets: “Say: O people of the Scripture! Ye have naught (of guidance) till ye observe the Torah (the Mosaic Law) and the Gospel and that which was revealed unto you from your Lord”

The fundamental teachings of Islam differ little in their essence from those of the Bible. Prayer and fasting are originally found in Judaism and Christianity. They differ only in form. The Muslim prays five times a day, bowing and kneeling as did the ancient Semites, and he fasts during a whole month (Ramadan) from sunrise to sunset. A pilgrimage to Mecca is similar to a pilgrimage to the Holy City of Jerusalem.

Islam is a Universal Religion.

The Muslims use the Arabic word Islam (to submit oneself, submission, or obedience to Allah, the Almighty) to refer to their religion, as this word is found in the Holy Qur’an. Those who confess to the religion of Islam are called Muslims (those who submit to God’s will).

Submission and obedience are not exacted by force. Submission is stimulated by one’s intention to gain eternal happiness—happiness that can be obtained only when one has the guidance of religion, for the Muslims’ religion is based on the doctrine that “there is no God but Allah, and Muhammad is his messenger.”

Muslims are usually classified as traditionalists or modernists. The traditionalists are generally reluctant to accept new ideas from the West. A traditional educational system stresses the teaching of religious subjects, not the secular subjects associated with the West. Modernists or reformists are generally more open to innovation and willing to adopt the Western educational system with some adaptation to Islamic doctrines, A Muslim can be associated with either of the two.

According to Islam, individuals have equal rights and opportunities in conformity with their natures.

Islam teachings from the past to the modern teaching society

Those are some clarifications on the issues relating to Islam’s basic teachings. It is hoped that they give a clearer picture and understanding of Islam.

The shahadah, or profession of faith: the belief that “There is no god but God, and Muhammad is the Messenger of God”

Prayer: Muslims pray facing Mecca five times a day: at dawn, noon, mid-afternoon, sunset, and after dark. Muslims can pray individually at any location (fig. 1) or together in a mosque, they pray through the recitation of the Quran

Zakat: In accordance with Islamic law, Muslims donate a fixed portion of their income to community members in need. Many rulers and wealthy Muslims build mosques, drinking fountains, hospitals, schools, and other institutions to secure the blessing of Allah

Fasting: During the daylight hours of Ramadan, the ninth month of the Islamic calendar, all healthy adult Muslims are required to abstain from food and drink. Through this temporary deprivation, they renew their awareness of and gratitude for everything God has provided in their lives

Hajj: Every Muslim whose health and finances permit it must make at least one visit to the holy city of Mecca, in present-day Saudi Arabia.

Islam instructs its followers to believe in this world and the world to come in such a way as not to have one overpower the other. The Muslim has the right to enjoy the pleasures of this world because it was created for him. “But seek the abode of the Hereafter in that which Allah hath given thee and neglect not thy portion of the world, and be thou kind even as Allah hath been kind to thee, and seek not corruption in the earth; lo! Allah loveth not corruptors” (28/77). And there is a well-known proverb widely spread among Muslims: “Work for this world as though you will live forever, and work for the next world as though you will die tomorrow.”

In conclusion, the teachings of Islam from past to modern-day Islam believe in/preaches unity.

The time has come, I believe, for Christians and Muslims to understand that they are in the same boat: if it sinks they will all sink; if it remains afloat, they will all be saved. There must be sincere co-operation in both the spiritual and material life. And this will only be accomplished with a sound basis of mutual respect, confidence, and tolerance.

Thanks for reading through, drop your questions and contributions for us.