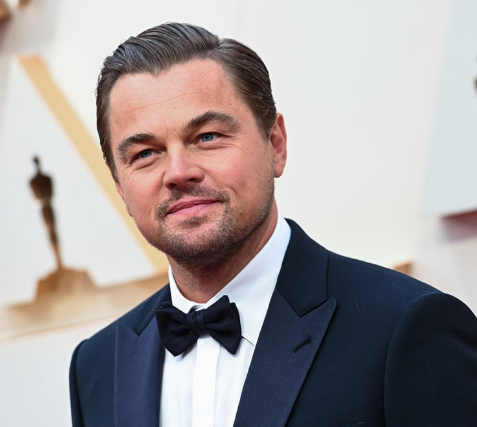 Who is Leonardo DiCaprio?

In addition, as of 2019, his films have grossed $7.2 billion worldwide. He first appeared in television, commercials in the 1980s, and in the 1990s he had a recurring role in various television programs. His first major film role was in 1993, where he was portrayed Tobias “Tobby” Wolf in This Boys’ Life.

He received his first Academy Award and Golden Globe Award nominations for Best Actor at the age of 19.  He rose to fame in 1997, in an epic romance Titanic, which was the highest-grossing film at that time. Moreover, he is the founder of Appian Way Production. Being his production company it has produced some of his films and the documentary. He is also the founder of Leonard DiCaprio a non-profit organization that is committed to environmental awareness.

In 1997 he rejected an offer to star in a film called Boogie Night s in order to star alongside Kate Winslet in James Cameron’s titled Titanic. In the film, he played a role as a member of a different social class who fell in love aboard the RMS Titanic during its ill-fated maiden Voyage. However, before the production, started Leornard had doubts about playing the role. However, Cameron convinced him to take the role since he believed in his acting capability.

Moreover, the production, cost for the film was over $ 200 million and it was the most expensive film ever made. The film was shot at Rosarito Beach where a replica of the ship was created. After the film was released, it went beyond their expectation, as it became the highest-grossing film, going to more than $2.1 billion in box-office receipts worldwide.

Apart from doing well and grossing high it also won 11 Academy Awards, including the Best Picture. However, after he failed to be nominated his fun led to a protest against the Academy of Motion Picture Art and Sciences. After that, he received more high-profile nominations including a Golden Globe Award for Best Actor.

in 2002 he declined an offer to be featured as Anakin Skywalker in Star Wars Episode II- Attack of Clones. After that, he appeared in his first film that year, which was a biographical crime drama Catch Me If You Can. In addition, the story was based on the life of Frank Abagnale Jr. Frank had committed check fraud and made millions before his 19th birthday in the 1960s.

The film was highly received and was an international box office success, and it became his highest-grossing release since Titanic with $351 million worldwide. In 2002, he was featured in a historical drama Gangs of New York. The film was set in the mid-19th century in the Five Points district of New York City. The film was also highly acclaimed and despite its production costing $103 million, it garnered $193 million, worldwide.

In 2006, Leornard was featured in The Departed, a crime drama, and Blood Diamond, a political war thriller. In Martin Scorsese’s The Departed, DiCaprio plays Billy Costigan, a state trooper working undercover in Boston’s Irish Mob, whom he describes as having a “continuous, 24-hour panic attack.”

How Old Is Leonardo DiCaprio?

He was born on November 11, 1974. He is 46 years old as of 2021. Leonardo shares his birthday with other famous people such as Barbara Boxer, Calista Flockhart, Carson Kressley, Christa B. Allen, Daniel Ortega, Demi Moore, Frankie Shaw, Fuzzy Zoeller, among others.

DiCaprio was born in Los Angeles, California as the only child of Irmelin and George DiCaprio. Moreover, his mother was a legal secretary while his father was an underground comic writer, publisher, and also distributor of comic books. However, his parents separated when he was one year old.

He has no siblings as he was born as the only child in the family.

DiCaprio attended Seeds Elementary School he later transferred to John Marshall High School a few blocks away after attending the Los Angeles Center for Enriched Studies for four years. According to him, he really hated public school and most of the time he asked his mother to take him to auditions in order to improve their financial situation. Leonard later dropped out of high school following his third year. But he finally earned his general equivalency diploma (GED).

Currently, he is not married, however, previously he has dated Brazillian model Gisele from 1999 to 2005. After he became romantically involved with an Israeli model Bar Refaeli from 2005 to 2011. In July 2013, he began dating Toni Garrn until December 2014 and made and dated until 2017. In addition, he has also dated Camila Morrone since 2017.

He doesn’t have any known kids, in case of any information about his child we will update it as soon as possible.

In 2010, he appeared in Christopher Nolan’s ensemble science-fiction thriller Inception. Inspired by the experience of lucid dreaming and dream incubation, the film stars Dom Cobb (DiCaprio), an “extractor” who enters other people’s dreams to retrieve information that would otherwise be unavailable. The film was well-received grossing over$825 million worldwide and it became his second-highest-grossing film.

In 2011, he co-starred in Clint Eastwood’s J. Edgar, a biopic about J. Edgar Hoover, with Armie Hammer and Naomi Watts. The film follows the FBI director’s career from the Palmer Raids onward, including an assessment of his personal life as an alleged closeted homosexual.

Still, in 2011, he also produced Catherine Hardwicke’s romantic horror thriller Red Riding Hood, which is based on the fairy tale Little Red Riding Hood. Although it was panned by reviewers (Time magazine’s Mary Pols called it one of the Top 10 Worst Movies of 2011), it did well at the box office.

[People Profile] All We Know About Kevin Costner biography, Career,

After that, Leonard landed a role as Calvin Candie, a plantation owner, in Quentin Tarantino’s Spaghetti Western Django Unchained. However, after he read the script, he was disturbed by the level of bigotry depicted in the picture, but his co-stars and Tarantino persuaded him not to sugarcoat it. The film was also well received earning him, his 9th nomination at the Golden Globes. The nomination was his first Best Supporting Actor nomination. Moreover, the film grossed $424 million worldwide.

In 2014, he was an executive producer on Vuraga, a British documentary filmed in 2014. The film was about British people fighting to defend the world’s last mountain gorillas from war and poaching. In addition, Leonard received his first and only up to date 2015 primetime Emmy Award for Outstanding Documentary or Nonfiction Special.

As a producer, he went on to produce and star as fur trader Hugh Glass in Alejandro G. Iárritu’s survival drama The Revenant in 2015. Moreover, the film was described as DiCaprio’s most difficult picture. In the film, he had to consume raw bison liver and sleep in animal corpses, and as a result, he became hypothermic.

After a break of four years where he was producing films, Leonard came back to acting in Quentin’s comedy-drama Once Upon Time in Hollywood, which traces the relationship between Leonard ( RIck Daton)  and Cliff Booth.

National Geographic demanded a television series adaptation of The Right Stuff, based on the 1973 novel of the same name, in February 2019. in the series, DiCaprio was serving as executive producer. National Geographic has been working on the series since July 2017. The series was then transferred to Disney+ in May 2020 and will be published in October 2020.