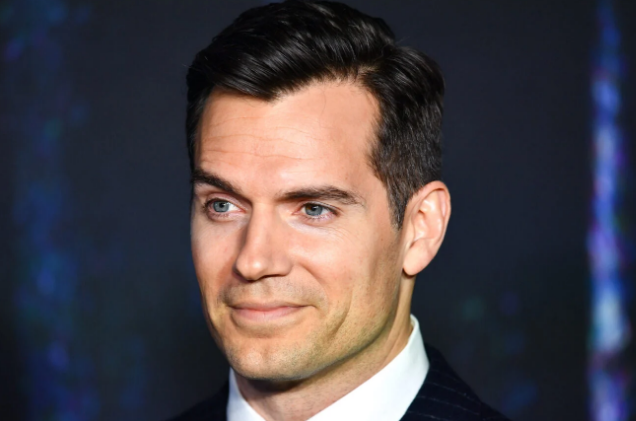 Who is Henry Cavill

Henry Cavill is a British actor best known for playing the titular superhero Superman in the movie ‘Man of Steel.’ Once dubbed the unluckiest man in Hollywood after losing out roles in the Batman series, Superman series, and the James Bond series to Christian Bale, Brandon Routh, and Daniel Craig respectively, Cavill has come a long way. Born in Jersey, UK, Cavill was raised with four brothers, all of whom possessed good acting skills. As a teenager, he was bullied in school for being fat. He started taking care of his physique once he landed a major role in a movie in 2001. Now renowned for his well-built body and sexy physique, the actor has even done several shirtless scenes in some of his popular films. After making his acting debut, he went on to star in quite a number of movies such as ‘Hellraiser’, ‘Red Riding Hood, ‘Blood Creek,’ and ‘Stardust,’ but it was his role as a dashing duke in the TV series ‘The Tudors’ which made him a household name. Post The Tudors’, he proceeded to feature in a number of movies including ‘The Immortals’, ‘The Man From U.N.C.L.E’ and the highest-grossing Superman movie of all time, ‘The Man Of Steel.’

How Old is Henry Cavill

Henry Cavill was born on 5th May 1983 to Colin Richard Cavill who hails from Chester, England, and Marianne Dalgliesh, who is Part-Irish, Part-English, and Part-Scottish. His father worked as a stockbroker while his mother was a housewife. He is the second youngest among five brothers.
He received his private education from ‘St Michael’s Preparatory School’ before heading off to Buckinghamshire, England to attend a boarding school by the name of ‘Stowe School’.
He started showing interest in acting from an early age and participated in school drama renditions of ‘Grease’ and ‘A Midsummer Night’s Dream but the acting was never his first choice of career.
As a young man, Cavill harbored the desire of joining the military and serving his country. In his years at Stowe School, he participated in the Combined Cadet Force (CCF) training program. He also showed an inclination toward sports, especially rugby, but gave up playing the sport due to an injury.

Henry Cavill’s acting career began when he was 17. He was discovered in a school play and cast for the role of Albert Mondego in the movie ‘The Count of Monte Cristo’ (2002). He went on to appear in the film ‘Laguna’ (2001) and the TV series ‘The Inspector Lynley Mysteries and ‘Goodbye, Mr. Chips’ (2002), a TV film.
Good roles started coming his way when he was in his early 20s. During this time he starred in movies like ‘I Capture the Castle (2003), ‘Hellraiser: Hellworld (2005), ‘Red Riding Hood (2006), ‘Tristan & Isolde’ (2006), and a cameo in ‘Stardust’ (2007).
In 2007, Henry Cavill essayed the role of Charles Brandon, the Duke of Suffolk in the mega-hit TV series ‘The Tudors’. The series went on to be nominated for a Golden Globe (2007) and won an Emmy Award (2008).
After portraying not-so-glamorous roles in movies like ‘Blood Creek’ (2006) and ‘Whatever Works’ (2009), it was finally announced in January 2011 that Henry Cavill had been signed on to play the role of ‘Superman’ in the upcoming Superman film ‘Man of Steel (2013).
The movie was a massive success and became the highest-grossing Superman movie of all time. Henry Cavill, British by birth, became the first non-American Superman and the first to be signed up for more than a single film post-Christopher Reeves.
He formed his own British production house by the name of Promethean Productions with his brother Charlie in 2014. He starred in ‘The Man from U.N.C.L.E.’ (2015), and the DC crossover with Batman and Wonder Woman, ‘Batman v Superman: Dawn of Justice (2016).
Henry Cavill has also been signed on to reprise the role of Superman in two ‘Justice League’ movies slated to appear on the big screen in the coming months. He is also working on an undisclosed solo Superman movie.

Henry Cavill won the MTV Movie Award for Best Hero for ‘Man of Steel’ in 2014 for his portrayal of the character of Clark Kent/Superman. He was nominated for the same role by Teen Choice Awards, Critics Choice Awards, and NewNowNext Awards.
He was named ‘The Sexiest Man of 2013’ by ‘Glamour’ magazine. He was ranked second in a 2013 ‘World’s Sexiest Men’ poll by ‘Attitude’.

The man who is considered to be one of the most beautiful performers known in Hollywood, Henry Cavill has plenty of admirers. His relaxed, wholesome style and an English twist portray him to be akin to his Superman counterpart humble, sweet, and a little rough on the outside.

Cavill’s status as a celebrity and appeal that has reached levels comparable to James Dean, Cary Grant as well as Brad Pitt — comes with the expectation of being questioned about his private life. However, as active as Cavill can be on the social media sites like Instagram, The Witcherstar is able to keep some level of anonymity. This is only adding to his popularity. In a handful of instances, we get glimpses into his personal life, such as instructions on how to build gaming systems or even physical fitness tips, but the majority of the time, we’re kept at a respectful distance and, as such only adding the appeal.

So, when an interesting new piece of information is revealed about the Superman actor’s life, it is a feeling of being distinct and special. These kinds of treats are a chance to learn about their childhood of Cavill and the experience it was for him growing up to be a part of a family with five brothers.

In a variety of interviews with shows such as Live With Kelly or Ryan as well as Jimmy Kimmel Live, Cavill has revealed what it was like as a child of five brothers and how it was not a stroll on the beach for their parents of his. In the event of a small knick-knack that was broken, it was an actual bone. It was also shocking to note that there was always some blood piling up on the wall.

Who Are Henry Cavill’s Parents?

Henry William Dalgliesh Cavill, born May 5, 1993, in the home of Colin Cavill and Marianne Dalgliesh Cavill is the fifth brother of the Cavill family. If you believe or it or not, there are five additional Cavill brothers around the world.

Before you think that this is the instance of those of the Hemsworths or Skarsgards Henry Cavill’s brothers have more intimate lives. In the first place, there are no actors. It raises the question of how Cavill can be found in the cast and who his mysterious brothers are.

In the beginning, Henry is the fourth-youngest Cavill brother, however, since his brothers aren’t in the spotlight Their ages haven’t been established. Finding out who’s who has proved to be an interesting piece of jigsaw work, however, we think we’ve narrowed the field.

His oldest sibling is likely Piers Cavill, who is a former tank commander as well as an ex-army officer as per the magazine Famous People. The second-oldest Cavill is Niki Richard Dalgliesh Cavill who we know of since he’s an officer in the Royal Marines Corps serving Her Majesty’s Armed Forces in the UK. Naturally, his military background prevents the majority of his information from being made public, which is why we don’t have much information about him beyond the fact that he’s “a complete legend,” as per Henry Cavill via his Instagram.

How Many Brothers Does Henry Cavill Have?

He grew up with four brothers.

Henry Cavill has revealed that growing up with four brothers prepared him for his action films, due an abundance of ‘rough and tumble’.

The actor, 38, made the admission during Friday’s episode of The Graham Norton Show which saw him promote the return of the fantasy series The Witcher.

He brazenly said of siblings Niki, Charlie, Simon, and Piers: ‘Growing up was intense – we were living on the edge of survival most of the time.

‘To give you an example, my dad came home from work one day and asked my mother why the wallpaper had changed, and she simply said, “It is easier to clean the blood off this one!” There was a lot of rough and tumble!’

On his character’s lack of dialogue in the Netflix series, he said: ‘This time round he says a lot more and they have popped in some of my expletives from the last series.’

When asked if he is in the running to be the next James Bond, he admitted, ‘I would definitely have a conversation. From what I understand there are very early conversations happening at the top but there is no list as such.’

Elsewhere in the installment, Tom Holland and Zendaya were unable to give much away when it came to their new movie Spider-Man: No Way Home.

The London native said: ‘It’s tough to tell you much. Marvel and Sony have done such a good job of putting trailers together without giving anything away, but just enough to get everyone excited.

‘What’s cool about the film is that it picks up right after the end of the second one and for the first time in Peter Parker’s history his identity has been revealed to the world. Everyone thinks he is a crazy villain, and it all goes horribly wrong for him.’

Zendaya, talking about figuring out the various timelines in the film, said, ‘It’s extremely confusing to work out what is going on.

‘There would be a lot of times when we had no idea. There were days when Tom and I would look at each other and say, “What on earth is this?”‘

Gugu Mbatha-Raw, talking about her new BBC series The Girl Before, revealed how being an executive producer for the first time had been ‘an incredible learning curve.

She said: ‘The interesting thing for me was being on the other side of it having auditioned for years has been an actor, and then being part of the casting process. It was so exciting and cool to be on that side of things.’

Little Mix performed their latest track, Between Us, live in the studio before spilling the beans about their recently announced break.

Jade said, ‘It’s been terribly emotional. We’ve still got the tour next year and a few other bits, but it’s been 10 incredible years and we always said if we’re going to take a little break it would be on an incredible high.

Leigh-Anne added, ‘It’s time to spread our wings a little bit and do our individual things.’

He is estimated to be worth between $1-$5m