The Clash Between Religion and Fashion 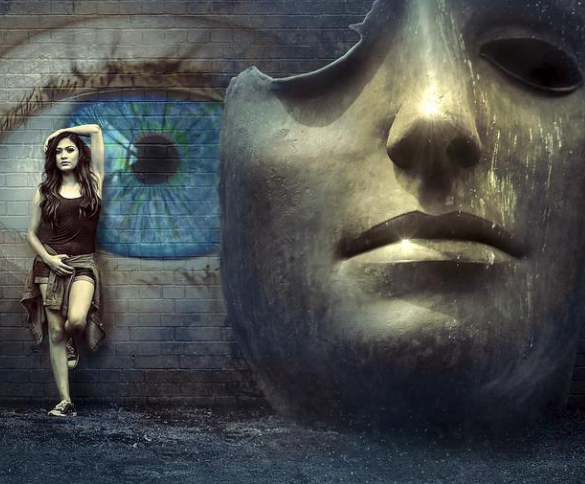 The Clash Between Religion and Fashion

The clash between religion and fashion in society is a never-ending story.

Another perspective by which we can link fashion and religion can be through diverse societal frameworks including belief, identity, gender, emotions, and communications. How we interact socially and perform as humans on a daily basis is out-rightly judged on what we wear and how we wear it.

While religion seems to propagate the essence of modesty and decency with what we wear, fashion on the other end has proven to be an outlet that encourages the expression of one’s true self.

People from different religious sects find it difficult to freely express themselves due to the fear of breaking certain norms placed by religious leaders.

The term fashion encompasses clothing, grooming, and all forms of body adornment. This could also include behavioursthat are aimed at controlling the body. In this regard, there are diverse beliefs. In religion, we are taught to love ourselves the way we were created because God made us in his image and likeness. Some acts such as dieting, plastic surgery, and cosmetics, for some, goes against this belief.

The Quran instructs that clothing is meant to cover our private areas and be an adornment (Quran 7:26). Clothing worn by Muslims should be clean and decent, neither excessively fancy nor ragged. One should not dress in a manner intended to gain the admiration or sympathy of others.

Since traditional fashion shows often put major emphasis on the woman wearing the dress and how the dress displays her body shape, it can be interpreted that fashion in Islam is haram.

A big part of the current Islamic fashion market is women’s headdresses. Although men and women were both supposed to dress modestly, “The veil is a vehicle for distinguishing between women and men and a means of controlling male sexual desire”.

There are four main styles of wearing a veil or headscarf in Islamic tradition. The first is named the Hijab. The hijab is made with one or two scarves, covering both the head and the neck. The face may remain unveiled. This style is most widely seen in the West, as well as still being popular within Middle Eastern countries. The next veil is called the Niqab, which covers the entirety of the body as well as the face, while leaving an opening for the eyes. There are two main styles of Niqab. A half-niqab is identified by a scarf veiling the face, while leaving the eyes and part of the forehead uncovered. A Gulf niqab only leaves narrow slits for the eyes. A third veil is the Chador, which is a full-body length shawl, pinned closed at the neck. The head and body are covered in this style, while leaving the face visible. This style is commonly seen in Iran. A fourth veiling style is called the Burqa. The burqa is a full-body covering where the entire face and body are veiled and there is a mesh screen in front of the eyes.

Clothing has been a major part of human history and began as a response to mankind’s sin. Clothing is good because of our need to keep our bodies covered, both for protection and modesty. God pronounced judgments upon those who “uncovered the nakedness” of others improperly

In Scripture, nakedness is almost always associated with sexual sin and/or shame. Not only are our eternal robes significant, but God considers our earthly attire significant as well.

RELIGION AND MUSIC, HISTORY AND CONNECTION

The Bible contains many examples of clothing used to communicate different things. Royal robes were worn by kings to distinguish them from commoners

It was written in the Bible that God wants the women to dress modestly, with decency and propriety, adorning themselves, not with . . . expensive clothes, but with good deeds” (1 Timothy 2:9–10).

According to Scripture, we are to stand out as lights in the world and to be different, and this must surely be reflected in our dressing. If the clothing of the world is contrary to biblical guidelines, then we need to consider whether we are dressing like the world.

In many Islamic countries, Jewish men typically wore tunics, instead of trousers. In the same countries, many different local regulations emerged to make Christian and Jewish dhimmis look distinctive in their public appearance

Orthodox Judaism requires both men and women to substantially cover their bodies. According to many opinions, this involves covering the elbows and knees.

The Torah says little about clothing, either descriptively or prescriptively. Without explanation, it prohibits blending wool and linen in a garment (such garments are known as Shatnez), in the same verse forbidding “mixing” different seeds and species of cattle (Leviticus 19:19). It forbids men from wearing women’s clothes and vice versa (Deuteronomy 22:5),

READ: The Concept of Religious Organizations

Modesty in dress is also important in Buddhism. The Sekhiya rules of the Buddhist Monastic code, for example, provide guidelines on proper clothing as well as recommended ways of dressing for monks.

All religion teaches us to Dress in a decent way to avoid arousing lust in others.

Thanks for reading through, drop your comments and contributions for us.