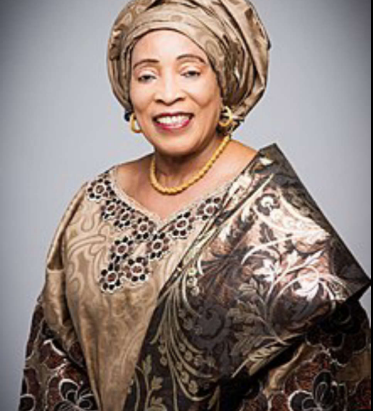 Who is Amina Titilayo

Amina Titilayo Atiku-Abubakar (born 6 June 1949) is one of the wives of the former vice president of the Federal Republic of Nigeria, Atiku Abubakar. She is an advocate of women and child rights, the founder of Women Trafficking and Child Labour Eradication Foundation (WOTCLEF) and the initiator of the private bill that led to the establishment of National Agency for the Prohibition of Trafficking in Persons.

How Old is Amina Titilayo

Atiku-Abubakar was born into a Christian home to the Albert family, a Yoruba family from Ilesa, Osun state. She was raised in Lagos and had her primary education in Lafiaji, Lagos then proceeded to St. Mary’s Iwo, Osun state for her secondary education up until 1969. In 1971, she married Atiku Abubakar, then a young customs officer, before attending Kaduna Polytechnic.

Apart from English, she speaks Yoruba and Hausa languages fluently. She converted from Christianity to Islam.

She was a lecturer at Kaduna State Polytechnic.

While in Rome to further her education in 1986 and 1987, she saw many Nigerian girls on the street. After making inquiries, she realized that many of the girls served as prostitutes for their madams, and quite often were not paid. She also found out that they were deceived with promises to work in Italy, and this prompted her to pledge to combat such incidences upon her return.

In 1999, when her husband, Atiku Abubakar became Nigeria’s vice president, she started an advocacy to end forced prostitution and other forms of human trafficking.

First, she founded Women Trafficking and Child Labour Eradication Foundation (WOTCLEF), and then sponsored a private bill for strict punishment for traffickers, and for the establishment of a federal agency, the National Agency for Prohibition of Trafficking in Persons, responsible for fighting trafficking of persons in Nigeria. She also ran education courses focused on welcoming and rehabilitating girls repatriated from different countries back home to Nigeria.

Who is Amina Titilayo’s Husband?

Amina Titi Abubakar is the author of a number of publications including: