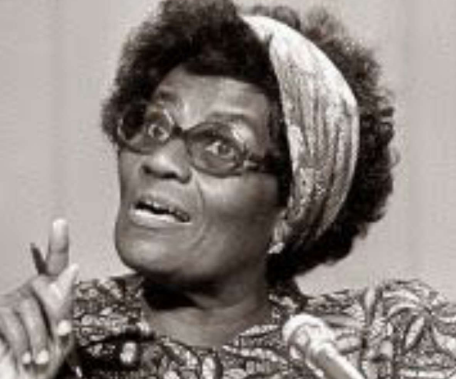 Asi Archibong-Arikpo (12 November 1919 – 22 November 2005) was a Nigerian midwife, politician, and fashion designer, she was born in Calabar.

Asi Archibong was born in Calabar, the daughter of William Archibong Young and Archibong Young, parents of the Efik ethnic group. She attended Duke Town Presbyterian School in Calabar and trained in Dublin, Ireland as a midwife.

Archibong-Arikpo was head of a maternity hospital in Ugep, Nigeria, for two years. Archibong-Arikpo also pursued a career in fashion design. In 1963, she said she was working on a national bridal dress for Nigeria. Her gowns were often blue and gold, colors she associated with the Presbyterian Church. She sold her dresses to raise funds for church mission activities.

For her lifetime of diverse achievements, she was honored with a chieftaincy in 1975 and named “National Grandmother” by the Christian Girls in Training in 1990.

Asi Archibong met Okoi Arikpo in London when he was a doctoral student; they married in London in 1950. They had a daughter, Itam. Asi Archibong-Arikpo was widowed when her husband died in 1995. She died ten years later, at age 86.

Her estimated Networth has not been made available to the public.