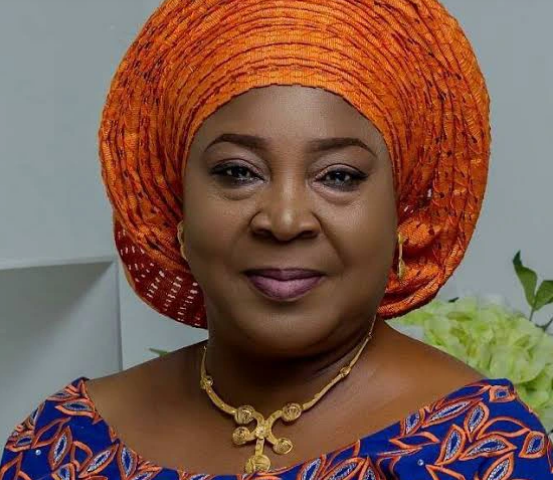 Who is Anna Ishaku?

Anna Ishaku who is fully known as Anna Dickson Ishaku (née Mbasughun; born 24 August 1957) is the founder and CEO of the NGO “Hope Afresh Foundation Taraba” and a member of the Nigerian Bar Association. She is married to Darius Dickson Ishaku, the Governor of Taraba State.

She is a Lawyer

How Old is Anna Ishaku?

Where is Anna Ishaku From?

She is from Wusasa, Zaria but hails from Vandeikya Local Government Area of Benue State.

She attended St. Bartholomew’s Primary School, Wusasa, Zaria (1964-1969); where she further proceeded to Girls High School Gindiri (1969-1973). She was enrolled in the School of Basic Studies, Ahmadu Bello University from 1975 to 1976 and she graduated with Law Degree in 1979. She further attended Nigerian Law School, Lagos in 1979 and was called to the Nigerian Bar in 1980.

On March 22, 2017, the foundation announced its partnership with the Central Bank of Nigeria to train unemployed youths. The CBN Entrepreneurship Development Training has been in existence for over two years in the North-East zone of Nigeria but failed to have Tarabans participating in the training until the intervention of Hope Afresh Foundation.

Another project is the Hope Health Center (HHC), a rehabilitation center that is committed to the improvement of the lives of the citizens of Taraba, living with the effects of substance abuse and lessening the adverse impact on families and societies as a whole. She is also a strong advocate for Women in power, politics, and peace.

Mbasughun is married to Darius Dickson Ishaku, the Governor of Taraba State and they have five children.