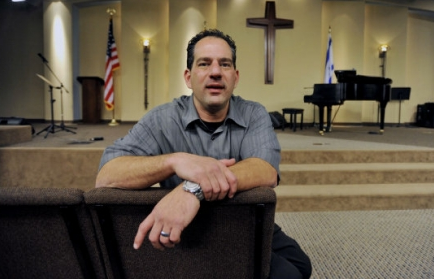 Who is Barry Minkow?

Barry Minkow is a former businessman, convicted felon, and pastor from America. Barry founded ZZZZ Best while he was still in high school, a company that specialized in carpet cleaning  In addition, the scheme is regularly used as a case study of accounting fraud.

Following his release from prison, he became a pastor and fraud investigator in San Diego. In addition, he was going around high school teaching them about ethics.

All of this came to an end in 2011, when he acknowledged intentionally driving down the stock price of homebuilder Lennar and was sentenced to five years in jail. He acknowledged cheating on his own church three years later and was sentenced to an extra five years in jail. Due to his crime, he will pay a total of $612 million in restitution. This kind of amount he will pay for the rest of his life.

He started ZZZZ Best at the age of 16, while he was still in high school. He started at his parents’ garage with three employees and four phones. At that time he had to hire a driver since he had not acquired a driving license yet.

While he was starting he had difficulties in meeting basic expenses. Being a minor led to the closure of his two business bank accounts. This was because California law at that time didn’t allow minors to sign binding contracts, including Checks.

Moreover, he also faced customer complaints and suppliers demanded payment. He also faced difficulties in payroll. Due to a lack of operational money, he financed his firm by check kiting, stealing, and selling his grandmother’s jewels. He was also arranging break-ins at his offices, and incurring fraudulent credit card charges.

Barry later branched into the “insurance restoration ” business. In order to join the business, he was assisted by Tom Padgett, an insurance claim adjuster. Barry had to forge some documents claiming that ZZZZ Best was involved in several restoration projects for Padgett’s company. After forging the document, they formed a fake Interstate Appraisal Services company with Tom. The aim of the company was to verify the details of this restoration to Barry’s Bankers.

While most Ponzi schemes are based on fictitious enterprises, ZZZZ Best’s carpet-cleaning section was quite real and received good reviews for its quality. Moreover, its insurance repair segment, which finally accounted for 86% of firm income, was, however, false. In addition, he managed to raise money by factoring in his accounts receivable for work under contract. He also used the floating funds through several banks in an elaborated check kitting scheme.

How Old Is Barry Minkow?

He was born on March 22, 1966, he is 55 years old as of 2021. He shares his birthday with other notable people such as Reese Witherspoon, William Shatner, Keegan-Michael Key, Cole Hauser, Constance Wu, Kidada Jones, Mick Schumacher, among others.

Who are Barry Minkow’s parents?

He was born in Inglewood California to a Jewish family, despite him not disclosing much about his family, his mother was a working at carpet cleaning company where his mother got him a job as a telemarketer.

Does Barry Minkow He Have Siblings?

Minkow has not disclosed any information about his siblings. In case of information, we will update it as soon as possible.

He attended Cleveland High School, where he graduated in 1985

Minkow is happily married to his wife Lisa, the two tied the knot in 2002

The couple have been blessed with two kids

Following his graduation from high school in 1985, he focused more on ZZZZ Best. Due to a lack of funds despite his expansion, he had to take a loan from Jack Catain, a Los Angeles businessman who was involved in organized crime. After a while, Catain sued Barry for not paying him his share of the company’s profit. However, according to Barry, Catain was a user. The suit continued even until the death of Catain in 1987.

At that time Barry received advice from other organized crime figures. Some of these advisers included Maurice Rind who was convicted of securities fraud in 1976. In addition, he was also a partner with Robert Viggiano who is also a convicted jewel thief and reputed loanshark.

In 1986, he took his company public after his friend suggested the idea to him. The company got a spot on NASDAQ. However, the auditor who audited the firm before it went public did not personally visit the insurance restoration locations. He would have realized they were mailboxes scattered around the San Fernando Valley if he had done so.

Barry kept a controlling 53% stake, making him an overnight billionaire on paper. The going public appeared to provide him with a method to conceal his fraudulent actions. He was required to keep his own shares for two years under securities regulation at the time.

After going public he thought he would sell a million shares to the public in January 1988. He believed by selling the share he would pay everyone he owed and finally go completely legitimate.

Minkow was advised to take $15 million in cash through an initial public offering (IPO) of ZZZZ Best shares in order to attract further funding. In addition, after an accountant came to evaluate the company’s activities, Minkow borrowed fictitious offices for a tour of “Interstate Appraisal Services” and presented fictitious repair work using an unfinished structure.

ZZZZ Best’s financial consultant, Mark Morze, tricked the accountants hired to do the required due diligence by forging thousands of documents. Minkow became the youngest person in American financial history to manage a firm through an IPO when the sale concluded in December.

Charles Arrington, the chief financial officer of ZZZZ Best, was accused of racking up $91,000 in false charges against consumers of his flower firm. The Feshbach brothers, a pair of short-sellers, found that the company’s alleged $7 million contracts to clean carpets in Sacramento were most likely a forgery.

By February 1987, ZZZZ Best was trading on NASDAQ at $18 a share, valuing the business at $280 million. The firm had employed 1,030 people and had offices in California, Arizona, and Nevada. Minkow’s share was valued at $100 million. Since the company was still going through financial challenges from paying investors, he decided to seek a merger with KeyServ. He was trying to see if cash infusion would solve ZZZZX Best’s immediate cash flow issues.

Because of ZZZZ Best’s size, the two businesses agreed to a $25 million agreement in which ZZZZ Best would be the sole survivor. The merger would have made ZZZZ Best an approved carpet cleaner for Sears, as well as Minkow the president and chairman of the board of the biggest independent carpet-cleaning firm in the United States.

Minkow deals were disclosed as a result of the finding of credit card theft, which helped keep his firm afloat in its early years. In 1984 and 1985, Minkow runs up $72,000 in fraudulent credit card charges. The news caused ZZZZ Best’s shares to plunge stock price of ZZZZ Best dropped by 81% when Ernst & Whinney discovered evidence of fraud. Minkow stated that he was aware that the company’s carpet-cleaning project did not exist, but he did not inform Ernst &Whinney. Since then, the company’s banks have bailed it out met by 28%.

Barry together with the other 10 ZZZZ Best insiders was indicted by a Los Angeles federal grand jury in January 1998 on 54 counts including racketeering, securities fraud, money laundering, and other counts.

He was found guilty on all charges on December 14. He was sentenced to 25 years in jail on March 27, 1989. In addition, he was sentenced to five years of probation and forced to pay $26 million in reparations. Minkow was described as a guy without conscience by U.S. District Court Judge Dickran Tevrizian in sentencing him.

Following his early release from jail in 1995, Minkow accepted a position as Pastor of Evangelism at the Church at Rocky Peak in Chatsworth, California. He was also appointed as the director of the church’s Bible Institute.

Clean Sweep, a first-person description of the ZZZZ Best hoax, was published in 1995. The revenues from the book were all used to compensate his victims. His other significant debt is a $7 million loan from the U.S.

Minkow accused Lennar of failing to provide adequate information to its shareholders, and he also alleged a Lennar executive took out a bogus personal loan. Minkow called Lennar a “business bully” and a “financial crime in process” in an accompanying YouTube video. Minkow’s reports caused Lennar’s shares to fall. Due to his allegation, Lennar’s stock tumbled from $11.57 a share to $6.55 a share from January 9 to January 22.

In response to a request by Lennar, Florida Circuit Court Judge Gill Freeman granted a default judgment against Minkow on December 27, 2010. Minkow had frequently lied under oath, destroyed or withheld evidence, hid witnesses, and sought to “cover up his misbehavior,” according to Freeman.

She ordered Minkow to pay Lennar for the legal fees expended in uncovering his falsehoods. According to legal experts, termination punishments like default judgments are exceedingly unusual since they are reserved for especially egregious misbehavior and have the consequence of robbing a litigant’s right to defend himself.

Minkow’s Height, weight, and body measurements are not available at the moment. In case of any information, we will update it as soon as possible.

Despite having debts right, left and center he has an estimated worth of $90 million.