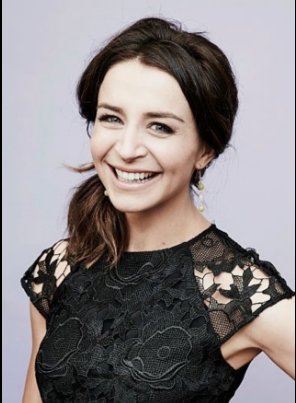 Caterina Scorsone is a Candian-American eminent actress. She is best known for playing Dr. Amelia Shepherd on the ABC medical drama Grey’s Anatomy (2010 to present) and its spin-offs Private Practice (2010 to 2013), and Station 19 (2018 to present).

Before this, she made her acting debut as a child actor on the Canadian children’s program, Mr. Dressup. Moreover, she appeared in a number of films including 2010’s Edge of Darkness and 2014’s The November Man. Her other television credits include Jess Mastriani on Missing, Callie Wilkinson on Crash, and Alice Hamilton on Alice.

She is 40 years old as of August 2022, having been born on October 16, 1981, in Toronto, Ontario, Canada. Caterina shares her birthdate with celebrities such as; Ruby Rose Turner, Aphmau, Charles Leclerc, Carmen Pritchett, Angry Grandpa, and many more.

She received her high school education at Cardinal Carter Academy for the Arts as well as Subway Academy II. After high school, she attended Trinity College in the University of Toronto where she majored in Literary Studies and minored in Philosophy, and finished her studies there in 2005.

She is currently single. However, she was previously married to Rob Giles (born in 1974) an actor and singer-songwriter. They married in June 2009 but filed for divorce in May 2020.

Her first TV appearances were regular guest spots as a child on the Canadian children’s TV show Mr. Dressup starting at age eight. She went on to have a role in one installment of CBC Radio’s The Mystery Project called Peggy Delaney as Amber in 1998. An estranged 15-year-old daughter comes from Vancouver to stay with her mom for a school term in Toronto. She then had her breakthrough from 2003 to 2006 after landing the leading role in the Lifetime drama series Missing. There, she played the part of Jess Mastriani, a young woman who sees missing persons in visions.

After Jess saved some missing persons, she joined the FBI where a special squad was formed around her, to find missing persons. Next, she starred as Alice Hamilton on the Showcase TV miniseries Alice in 2009, which was later broadcast on Syfy in America. The next year, she joined the cast of Shonda Rhimes‘ drama series Private Practice in the recurring role of Dr. Amelia Shepherd, the sister of Derek Shepherd from Grey’s Anatomy. Next, she was cast after Eric Stoltz who was directing one of the show’s episodes. He thus mentioned her to Shonda Rhimes and commented on the resemblance Caterina had to Patrick Dempsey (the actor who plays Derek Shepherd). As of July 2010, she had been promoted to series regular for Private Practice.

She went on to appear in the third episode of the seventh season of Grey’s Anatomy where Amelia and Derek started to reconcile their differences. After a two-year absence, she returned to Grey’s Anatomy in March 2014 as a recurring guest star. That same year in June, it was announced that she was promoted to series regular status for the show’s eleventh season.

Caterina Scorsone Salary and Net Worth