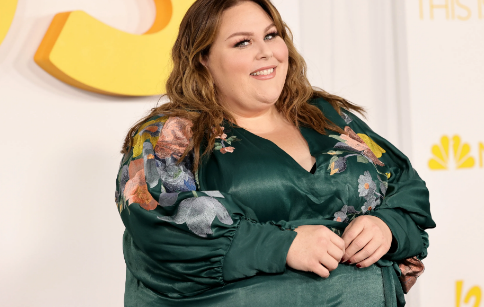 Who is Chrissy Metz?

Chrissy Metz is an American actress and singer. She is best known for her role as Kate Pearson in the NBC drama series This Is Us, which earned her Primetime Emmy Award and Golden Globe Award nominations.

She appeared in several series such as American Horror Story: Freak Show, Loveless in Los Angeles, and Solving Charlie. She also appeared as herself on The Real and The Doctors.

She is best known for her role as Kate Pearson in the NBC drama series This Is Us, which earned her Primetime Emmy Award and Golden Globe Award nominations, as she is also known for her role in FX’s American Horror Story: Freak Show. She also is a singer in her band Chrissy and The Vapors. It was announced In early 2018, that Metz would star in Breakthrough, working with producer DeVon Franklin. She is featured as Joyce Smith, the mother of John, a 14-year-old boy who fell through an icy Missouri lake and was proclaimed dead. The movie is based on the book written by Smith herself, which tells the true story of how a mother’s devotion and dedication bring her son back to life through prayer.

After graduating college, a 21-year-old Metz was working as a preschool teacher when, one fateful day, she accompanied her 14-year-old half-sister Morgana to an open casting call. “There was this woman sitting across from me who said to me that she taught theater at my high school,” Metz told Glamour. “I was thinking, ‘I don’t know this woman.’ She said, ‘You really should audition,’ and I’m like, ‘Who are you? And how do you know I should audition?’ It was so surreal because I never saw her again.”

Before landing her role on This Is Us, Metz admits to battling depression, which stemmed from her inability to regularly land roles and get her career to the level she had been dreaming of. “I’d be getting maybe two auditions a year, and I’d always see the same small group of girls,” Metz told People. In 2014, Metz snagged a recurring role on American Horror Story: Freak Show, playing Ima Wiggles, aka The Fat Lady. As she told Yahoo!, she was such a huge fan of the series and its creator, Ryan Murphy, that she would have done anything for the role.

How Old is Chrissy Metz?

Metz was born in Homestead, Florida, the U.S. to Denise and Mark Metz. They later moved to Japan with the enter family after her father was given a transfer to a naval base there. She grew up with her mother, stepfather, two siblings, two half-siblings, and her dog, Jack

She married a British journalist Martyn Eaden is a Santa Barbara, California courthouse ceremony on January 5, 2008. The couple separated in January 2013, thereafter in November 2014 Martyn Eaden filed for divorce for irreconcilable differences. Later they finalized their divorce on December 11, 2015.

Her personal net worth is estimated at $300 thousand.

This Is Us Chrissy Metz

She stars in the American comedy series This Is Us, and played the role of Kate Pearson, which later earned her Primetime Emmy Award and Golden Globe Award nominations.

She also features in FX’s American Horror Story Freak show, which is all about the story of one of the last remaining freak shows in the United States, and their struggle for survival.

She talks about how she struggled with obesity from an early age. She also talks about the reality she faced as a kid. She first lost a whopping 50 pounds only to put 100 pounds back on. She started going on a 2000-calorie diet, avoided most of the unhealthy foods, and started walking 20 minutes every day.