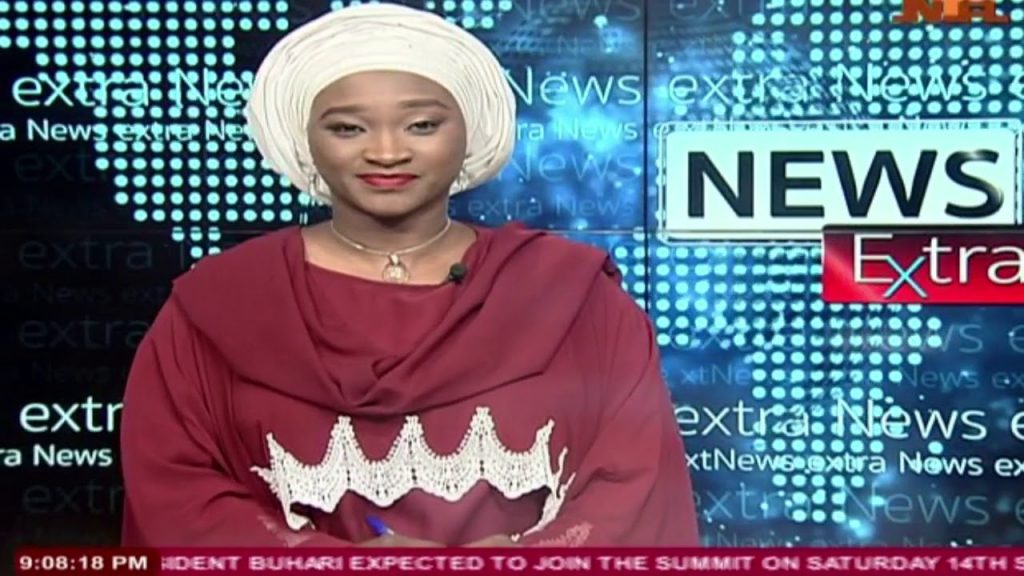 Fatima Umar-Buba is a young female icon, a fast-rising amazon with lots of expertise and academic excellence ranging from her BSC to Masters Degree in Public Administration. She is a member of Chartered Corporate Managers of Nigeria and the United Nation’s Ambassador for Peace.

Some are born great but some attain greatness, but the rare ones among humans possess the privilege of being born great and through hard work, attain more greatness and that’s the category where Hajia Fatima Umar Buba belongs. She has been awarded the best newscaster of the year 2019 across the national network service of the NTA!!

Where is Fatima From

She is from Elkanemi in Borno Empire

Hajia Fatima began her broadcast career with the Nigerian Television Authority (NTA) in Maiduguri (Borno State), where she worked in the Programs department, first as a production assistant, then as a continuity announcer, and finally, as a host of the flagship morning show AM EXPRESS.” Hajia Fatima Umar Buba, on the other hand, received a well-deserved move to the Nigerian Television Authority Abuja (Channel 5) where she was in charge of Programs and General News delivery, Programs Production reports, and Participating et cetera.

As the saying goes, “A GOLDEN FISH HAS NO HIDDEN PLACE.” Hajia Fatima’s work ethic and professionalism in her areas of focus, such as programs and general newscaster prowess, were noted at the Nigerian Television Authority’s headquarters (NTA). Following her managerial evaluation, Fatimah was promoted to the NTA’s headquarters, where she was assigned to handle one of the NTA’s most important news flagship programs, “NEWSEXTRA.” For efficiencies such as inborn emotional intelligence, charismatic dexterity, and impeccable delivery abilities, the NTA NewsExtra requires a high level of professionalism.

It is one of the NTA’s most important brands, requiring the services of a top-tier broadcaster. If managerial leadership means “opportunity meets preparation,” then Special Hajia Fatima Umar Buba, with her unassuming demeanor, was arguably the best available for NTA management to fill the vacuum left when former NewsExtra handler, Hajia Fatima Abas Hassan, was elevated to head the NTA Channel 5 Abuja. She is a rising Amazon with a wealth of experience and academic excellence from her bachelor’s degree in public administration to her master’s degree in public administration.

She is a United Nations Peace Ambassador and a member of the Nigerian Institute of Chartered Corporate Managers. Some people are born great, while others work hard to reach greatness, but only a few people have the privilege of being born great and then working hard to achieve even greater excellence, and Hajia Fatima Umar Buba is one of them. For the year 2019, she was named the top newscaster on the NTA’s national network service!!

If managerial leadership means “Opportunity meet Preparation”, Then the Special Hajia Fatima Umar Buba with an unassuming disposition was arguably the best available for the NTA management to use in filling that vacuum that exists at the time the former NewsExtra handler, Hajia Fatima Abas Hassan was elevated to head the NTA Chanel 5 Abuja.

BSC to Masters Degree in Public Administration. She is a member of Chartered Corporate Managers of Nigeria and the United Nation’s Ambassador for Peace.