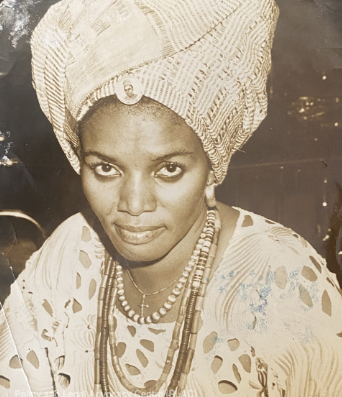 Who is Franca Afegbua?

Franca Afegbua is a Nigerian beautician and politician who represented Bendel North in the Nigerian Senate in 1983. Elected as a National Party of Nigeria (NPN) senator, she was the first elected woman senator in Nigeria.

Where Was Franca Afegbua Born

She had her tertiary education in Sofia, Bulgaria.

Where is Franca Today?

Prior to the beginning of the second republic, she worked as a hairdresser in Lagos focusing on high-income clients. Afegbua also had a close relationship with Joseph Tarka who introduced her to his party, NPN. In 1983, when she announced her intention to make a challenge for a senatorial seat in Bendel, few gave her a chance. Her party was in opposition and the incumbent governor and senator were respected men in the community. But Afegbua who had won an international hairstyling competition in 1977, calculated that wooing more women to vote could give her a victory. Her victory in the competition had made her name popular within her Etsako community, she targeted women voters and as her campaign gained steam it was too late to curb. She earned a slim victory in the August election, defeating John Umolu.

The story of Nigeria’s first elected female Senator, Chief Franca Afegbua is nothing short of inspiring. From running a premium salon in Lagos to winning an international hairdressing competition in London, she went on to become the first elected female Senator in Nigeria. Chief Afegbua made history when she contested and won the Bendel-North Senatorial District seat in the 1983 elections in a political atmosphere dominated by men, not very different from what obtains today. Running for office on the platform of the National Party of Nigeria against the incumbent at the time, a seasoned politician from the opposition Unity Party of Nigeria in control of old Bendel State (present-day Edo and Delta States), Afegbua showed that women support women in politics.

It should be noted that since the general elections of September 1983 when Senator Franca Afegbua was elected the first female Senator in Nigeria, the electoral fortune of women has not seen a dramatic improvement. The number of elected women in Nigeria’s politics remains abysmally low.  Today, of a total number of 109 senators in Nigeria’s 9th National Assembly, only 8 are women while Nigeria’s 360-member House of Representatives has only 13 women. This has led to serious advocacy and demands for special measures to be taken to increase women’s representation in elective offices. Recent constitutional amendment efforts to increase the number of women in the Federal and State legislatures failed to pass, leading to public outcry. Nigeria will need to revisit the bill to be able to catch up with the global trend of improving the participation of women in governance and politics.

Policy and Legal Advocacy Centre (PLAC)’s online magazine, PLAC BEAM sat with Chief Afegbua in her Benin home where she spoke in detail of how she beat the odds to obtain the ticket of her party and coast to victory as the first elected female Senator in Nigeria. Get all the details on this and more stories in the upcoming edition of PLAC BEAM.