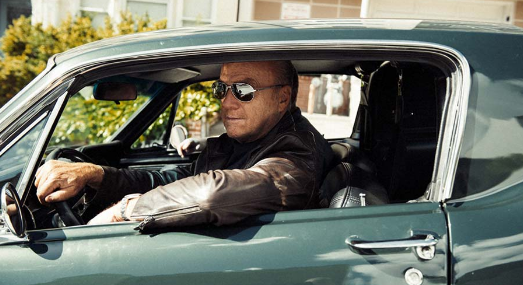 Who is Greg Laurie?

Greg Laurie is an American pastor, author, and evangelist. Currently, he is the senior pastor of Harvest Christian Fellowship with campuses in Riverside, Orange County, and Maui.

Greg was saved at the age of 17 years at the Jesus Movement when they exploded in Southern California. As an author, he has written a book ” Jesus Revolution”,  which is about his experiences during that great American spiritual awakening. In addition, his journey together with his wife will be documented in a new film, Jesus Revolution from Kingdom Story Company to be released in 2022.

After getting saved as a born-again Christianity in 1970 at the age of 17. In 1972, at the age of 19 years, he was given an opportunity to lead a Bible study of 30 people. At the time he was serving under Calvary Chapel, pastor Chuch Smith. He later founded his church from the group he was leading and called it Harvest Christian Fellowship. Since it was founded the Church has grown to become one of the largest churches in the United State.

The church celebrated its 40th anniversary in 2013. In addition, it also has another dedicated campus in Irvine as well as a satellite campus in Lahaina, Hawaii.

Currently, the church has a membership of approximately 5,000 people with a weekend viewing audience for its online service of over 250,000 viewers. Moreover, it also houses over 80 ministries. Furthermore, they recently merged with Kumulani Chapel in Maui, Hawaii, and it was rebranded Harvest Kumulani.

During the 2017 Presidential inauguration, he was appointed by then-president Donald Trump as one of the evangelists who participated in the National Prayer Services hosted at the Washington National Cathedral.

Greg organized a movement entitled “The Year of Good News” in 2017. As a result, multiple church leaders signed the letter he had written to approve the movement.

“In a time of fake news, diverting news, divided news, disorderly news, and, at times, dismal news, we—as Christians and leaders—want to dedicate ourselves to ensuring that the Good News of Jesus cuts through it all,” one line of the letter says. We urge Christians in the United States to declare 2017 “The Year of Good News.”

How Old Is Greg Laurie?

Who are His parents?

Greg was born in Long Beach, California and he was raised by a single mother. In addition, his mother has been married fo seven times.

Does he Have Siblings?

He has no known siblings at the moment, in case of any information we will update it as soon as possible.

He attended Newport Harbor High School and he also has two honorary doctorate degrees, one from Biola University and the other one in Azusa Pacific University.

He is happily married to his lovely wife Catherine and they reside in Newport Beach.

The couple has been blessed with two adult children, Christopher and Jonathan. In addition, he also has 5 grandchildren. However, they lost their eldest son Christopher on July 24th, 2008 due to a road accident at the age of 33 years.

As an author, he has written more than 70 books which include, including The Upside-Down Church published in 1999 and co-authored with David Kopp. The book managed to win a Gold Medallion Book Award in the “Christianity ministry” category in 2000.

In addition, he has written study notes for The New Believer’sBible and The Seeker’s Bible. Moreover, he has also written the notes for the Start! Bible in the New King James Version. The notes were published by Thomas Nelson. Recently, he wrote a commentary book on the book of revolution.

When it comes to media he is the host of the syndicated radio program A New Beginning, the show is broadcast on over 800 radio stations worldwide. Moreover, the show is also featured as a Christian podcast available on iTunes. ABC World News Tonight, Fox News, MSNBC, and CNN are some of the Networks he has appeared on.

Furthermore,  he is also a commentator at WorldNetDaily and appears regularly in a weekly television program called GregLaurie.tv on the Trinity Broadcasting Network (TBN). His show is also featured on American Forces Network TV every week.

Furthermore, he is also a speaker with Harvest Crusades, a public evangelical event that started in 1990. They are large-scale evangelical outreach programs organized by local churches on a national and worldwide scale. Harvest Crusades have drawn over 5.6 million people since their inception in 1990. Furthermore, 1.8 million people are said to have viewed the events online.

Harvest Crusades launched Harvest America in 2012, a nationwide simulcast from one site to about 2,400 locations. Harvest America 2016 took place at AT&T Stadium in Arlington, Texas. The event drew a total of 82,000 people. Another 180,000 people took part in over 7,000 host locations across the country. In addition, more than 400, 000 people have made public professions of faith at the event since Harvest Crusade started.

He has not revealed his actual height and weight

His net worth is estimated to be over $ 5 million.