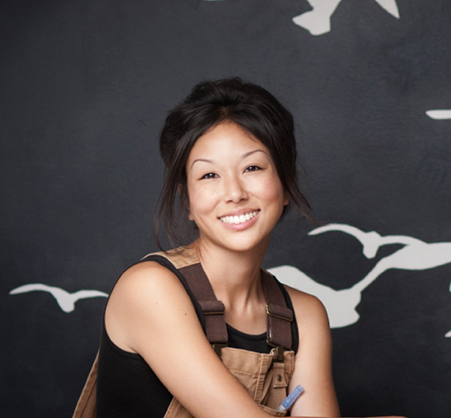 Who is Jane Kim?

Jane Kim is an American politician and civil rights lawyer. She was the first elected Korean American official in San Francisco. Between 2011 and 2019, Kim was a representative of San Francisco’s District 6 on the Board of Supervisors. Currently, Jane is a member of San Francisco’s Democratic County Central Committee. She got the top votes in 2016 and 2020 in CA AD17.

Before the elections to the Board of Supervisors, Jane was a member and president of the San Francisco Board of Education. In 2016, Kim ran for the 11th California State Senate District BUT lost to Scott Wiener in a run-off election. Jane finished third In the 2018 San Francisco mayoral election.
In Bernie Sanders’ 2020 presidential campaign, Kim served as the California political director and national regional political director.

How Old Is Jane Kim?

Kim was born on 9th July 1977 in Manhattan. She is 42 years of age as of 2021. Jane shares her birthday with celebrities like Tom Hanks, Jenn McAllister, EthanGamerTV, Marcel Ruiz, Chris Cooper, Enrique Murciano, Jack White, Jimmy Smits, among others.

Who Are Jane Kim’s Parents?

Kim was born to South Korean parents. They were Seoul immigrants who moved to the US in 1971. Kim’s dad worked for a global cosmetic company, Kiss Products when she was 14. Her mother sold women’s wear in her own store.

Does Jane Kim Have Siblings?

Kim’s secretive nature has shown up in her personal life. She has managed to keep her family background very private. In case there is news regarding Jane’s siblings, we shall update it here as soon as possible.

Kim was raised in both English and Korean languages. She started training taekwondo at the age of 14 years and earned a black belt. Jane volunteered in community activism helping with the issue of homelessness.
Kim schooled at Spence School, a New York prep school. While she was still a teenage student, she quit reciting the Pledge of Allegiance. She opposed the Pledge words “with liberty and justice for all” as they were not applied to LGBTQ groups.

Jane attended Stanford University where she graduated with a BA in Political Science and Asian American Studies in 1996. Later she settled in San Francisco where she enrolled in the UC Berkeley School of Law and earned a Juris Doctor degree. In 2009, Kim was admitted to the State Bar of California.

On her love life matters, Jane is seen as a person who hates drama and loves her privacy. She has managed to keep her dating life low-key and leave many with a lot of unanswered questions. In case there is any news regarding this matter, we shall update it here as soon as possible.

Does Jane Kim Have Children?

On her dating life matters, Jane is seen as a person who hates drama and loves her privacy. There is no record of her having children either by adoption or any other way.

How Tall is Jane Kim?

Kim has a well-carved body although her height is unavailable at the moment. In case there is any news regarding this matter, we shall update it here as soon as possible.

Kim served as a Fellow in San Francisco at Greenlining Institute after graduating from Stanford. She additionally worked at the Chinatown Community Development Center (CCDC) as a Youth Community Organizer. For six years, Kim was a successful youth volunteer leader in San Francisco Chinatown. It is through her efforts at a community organization that she met Rose Pak, the power broker.

Kim was elected president of the San Francisco People’s Organization (SFPO) in 2005. In November 2005, SFPO worked against numerous California ballot propositions. It also offered help in health care and affordable housing measures for San Franciscans through 2006.

In 2003, Kim campaigned for Green Party mayoral candidate Matt Gonzalez. This is where she realized that Asian Americans were not well represented in San Francisco politics. Kim decided to run for the San Francisco Board of Education in 2004. She became 7th out of 12 candidates.

Later in 2006, Jane won out of 15 candidates seeking three seats. She was the first Korean American elected official in San Francisco in 2007. The school board argued over whether to continue the 90-year-old Junior Reserve Officers’ Training Corps (JROTC) program in San Francisco high schools in 2006.

Kim spoke to a cadet who issued death threats to her and a schoolgirl who opposed JROTC. Norman Yee and Jane submitted a proposal in June 2008 to accept JROTC programs as optional after-school activities. Kim proposed an alternative program in October 2008 known as Student Emergency Response Volunteers (SERV).

SERV would train students in emergency preparedness and disaster relief. Jane and Sanchez traveled to Israel as members of the U.S. Green Party in March 2008. They investigated whether the party should continue to support the Boycott, Divestment, and Sanctions program targeting Israel for its occupation of Palestine.

The San Francisco Board of Supervisors

Jane ran in the San Francisco Board of Supervisors election in 2009. The election was to fill the vacated seat by Supervisor Chris Daly. She announced he aspiration in January 2010 and began her campaign in June. Her campaign party was attended by former mayors Art Agnos and Willie Brown, and David Chiu, President of the Board of Supervisors, among others.

Kim ran against Theresa Sparks, endorsed by mayor Gavin Newsom among others. Jane won the race becoming the first Korean American supervisor in the nation. Kim’s support came mainly from senior Chinese American citizens and the board base of San Francisco youth.

Again Kim did not recite the Pledge of Allegiance at Board of Supervisors meetings standing with her youth decision. Her stand was that the words “liberty and justice for all” were not yet realistic to US communities of color, the LGBT community, women, and immigrants. The Supreme Court made a decision on 10th July 2013 in the United States v. Windsor, declaring unconstitutional the federal Defense of Marriage Act (DOMA). She was forced to recite the pledge along with other supervisors.

In 2011, Kim led a team inclusive of David Chiu to shape a proposal sponsored by her in February. Her tax break proposal would apply to any company that would settle other supervisors. The proposal stated that Twitter or any other big company would benefit from a six-year payroll tax exemption if it stayed in that area.
The Board of Supervisors approved the payroll tax exemption plan in April 2011.

About two weeks later, Twitter signed a ten-year lease on the Furniture Mart building. The plan was supported by many and criticized by John Avalos. Jane announced her attempts to rename Walesa Street, San Francisco’s tiny Lech. She suggested that Tom Waddell, Gay Games co-founder. The proposal was voted for by the San Francisco Board of Supervisors as proposed by Kim.

In 2016, Jane ran for the 11th California State Senate District against Scott Wiener. She was defeated in a runoff. Following the sudden death of Mayor Lee in December 2017, Kim ran in the 2018 San Francisco special mayoral election, held in June 2018. She finished third with 24% votes. She ran against Mark Leno, London Breed, and Angela Alioto.

Kim has accumulated an estimated net worth of about $5 Million throughout his profession.