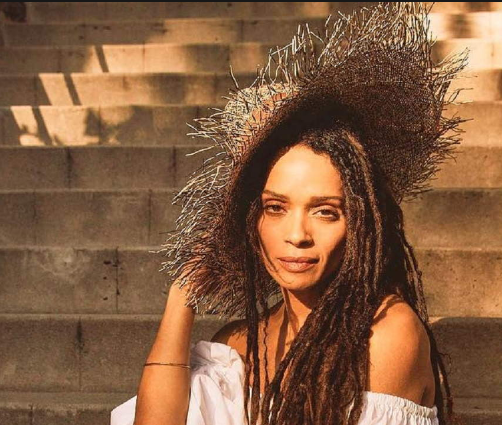 Who is Lisa Bonet?

Lilakoi Moon born as Lisa Michelle Bonet and professionally known as Lisa Bonet is a well-known American actress known throughout the 1980s and the 1990s. Her acknowledgments include nominations for a Primetime Emmy Award, a Saturn Award, and four Young Artist Awards.

She is known for playing Denise Huxtable from 1984 to 1992 on the sitcom The Cosby Show. Because of her role in the sitcom, she earned widespread acclaim and several awards including a nomination for the Primetime Emmy Award for Outstanding Supporting Actress in a Comedy Series in 1988. From 1987 to 1993, she reprised the role of Denise in the spinoff series A Different World but it was not as well-received as its predecessor. Moreover, she appeared in 1987 in the psychological horror film Angel Heart. For this film, she earned herself a nomination for the Saturn Award for Best Supporting Actress.
In her career, she has starred in films such as Enemy of the State (1998), High Fidelity (2000), Biker Boyz (2003), and Road to Paloma (2013). In addition, she has worked in TV acting, thus appearing in roles such as Maya Daniels in Life on Mars (2008 to 2009) and Marisol on Ray Donovan (2016).

How Old Is Lisa Bonet?

She is 54 years old as of May 2022, having been born on November 16, 1967, in San Francisco, California, U.S. Lisa shares her birthdate with celebrities such as; Pete Davidson, Jaime Adler, Cindy Kimberly, Mason Ramsey, Enzo Lopez, and many more.

Who are Lisa Bonet’s Parents?

She was born to Allen Bonet (Father) was an opera singer. And Arlene Litman (Mother) a schoolteacher.

Does Lisa Bonet have Siblings?

She has five half-sisters including singer Kadhja Bonet and two half-brothers from her father’s marriage.

She received her high school at Reseda High School and Birmingham Community High School. After high school, she studied acting at the Celluloid Actor’s Studio in North Hollywood.

She is currently or possibly single. However, she was previously married to Lenny Kravitz (born on May 26, 1964) is an American singer-songwriter, record producer, multi-instrumentalist, and actor. They married on November 16, 1987, but divorced in 1993. She was also married to Jason Momoa (born on August 1, 1979) an American actor and filmmaker. They married in October 2017 but ended their marriage in January 2022.

After being in beauty competitions and appearing in guest spots on television series as a child, she landed the role of Denise Huxtable on The Cosby Show. She became the second eldest child of the parents played by Bill Cosby and Phylicia Rashad. Lisa then in 1987 briefly left The Cosby Show to star in the spin-off series A Different World which focused on Denise’s life at college.

That year also, at the age of 19, she played 17-year-old Epiphany Proudfoot in the movie Angel Heart opposite Mickey Rourke. For Angel Heart, she earned a nomination for the Saturn Award for Best Supporting Actress. She went on and earned a nomination for the Primetime Emmy Award for Outstanding Supporting Actress in a Comedy Series in 1988. During the run of A Different World, she announced her pregnancy and left the series. She returned to acting the following year on The Cosby Show but was fired in April 1991 because of “creative differences”.

After The Cosby Show, she appeared in made-for-television movies and direct-to-video releases. She hosted 1992 Why Bother Voting? an election special focusing on young voters’ concerns and apathy. Lisa had supporting roles in the films Enemy of the State (1998) and High Fidelity (2000). She also played Queenie in Biker Boyz (2003) which reunited her with her A Different World co-star Kadeem Hardison. In 2005, she co-starred in the film Whitepaddy.

Her next film role was until 2014 in Road to Paloma. During the time between 2005 and 2014, she had a number of appearances in episodes of television dramas and comedies. Such as in the American adaptation of the British television series Life on Mars (2008). Moreover, she had a recurring role in the series The Red Road (2014 to 2015) starring her partner and future husband Jason Momoa.

Lisa Bonet’s Salary and Net Worth