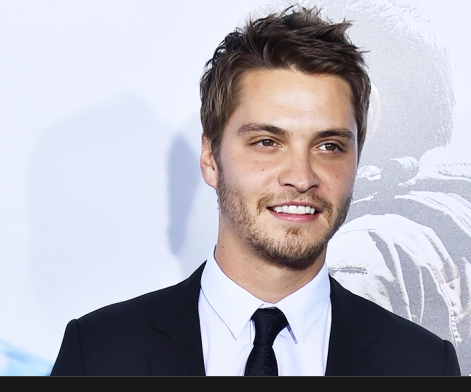 Who is Luke Grimes?

Luke Timothy Grimes is a famous American actor. He is recognized for his roles in the acclaimed movie American Sniper, the Fifty Shades movie series, and the drama series Yellowstone (2018-present).

Grimes has appeared in All the Boys Love Mandy Lane, War Eagles, Arkansas, and Assassination of a High School President, which got a limited launch in March 2009. He then appeared in the ABC drama Brothers & Sisters as Ryan Lafferty, the illegitimate son of William Walker, patriarch of the show’s family. Starting with Season 4, Grimes became a series regular.

Grimes then starred in the 2010 FX movie pilot, Outlaw Country, alongside Haley Bennett and Mary Steenburgen. He portrayed a cowboy called Eli Larkin. The series was however not picked up by FX, but the pilot aired on August 23, 2012, as a television film. Luke appeared in the Liam Neeson thriller Taken 2 as Neeson’s daughter’s boyfriend in 2012. He played James in True Blood for six episodes during the show’s sixth season but later exited the show. Reports show that he left because he declined to take part in same-sex kissing or sex scenes or to play a character that was attracted to men.

Luke the portrayed United States Navy SEAL Marc Lee, who was killed in action in 2006, in American Sniper (2014). He portrayed Christian’s brother, Elliot, in the movie Fifty Shades of Grey (2015) and its sequels Fifty Shades Darker (2017) and Fifty Shades Freed (2018). Grimes portrayed Todd Belkin in Freeheld alongside Steve Carell, Julianne Moore, Elliot Page, and Michael Shannon. The film was an independent feature movie directed by Peter Sollett, based on a true story. He has then starred alongside Cole Hauser in the Paramount Network drama series Yellowstone in the role of Kayce Dutton since 2018. Grimes also stars in the music video, Noir State Beach, by Los Angeles band Xu Xu Fang.

How old is Luke Grimes?

Luke Timothy Grimes is aged 38 as of 2022, having been born on January 21, 1984, in Dayton, Ohio, U.S. He shares his birthday with famous people including Stonewall Jackson, Grigori Rasputin, Georges Vezina, Jack Nicklaus, Plácido Domingo, Eric Holder, Geena Davis, among others.

Who are Luke Grimes’ parents?

Luke Timothy Grimes was born in Dayton, Ohio, to Randy Grimes and Angie Barker. His father was a Pentecostal pastor and his mother was a housewife. Not much is known to the media about his family as he has kept the information very private.

Does Luke Grimes have siblings?

Grimes was born to his parents into a family of four children as the youngest. He has three older siblings whose identity is not known and their information is not shared with the media.

Grimes attended Dayton Christian High School, where he graduated in 2002. He then enrolled at the American Academy of Dramatic Arts in New York City to study acting.

Grimes is currently married to his loving wife, model Bianca Rodrigues from November 21, 2018, to the present. They have not shared information about their personal life with the media.

Grimes has not shared his personal life with the media and no records of him having children are known.

American actor Grimes has been active from 2006 to the present, appearing in a number of films and television series. He has gathered an accumulative net worth of approximately $500,000 as of 2022.