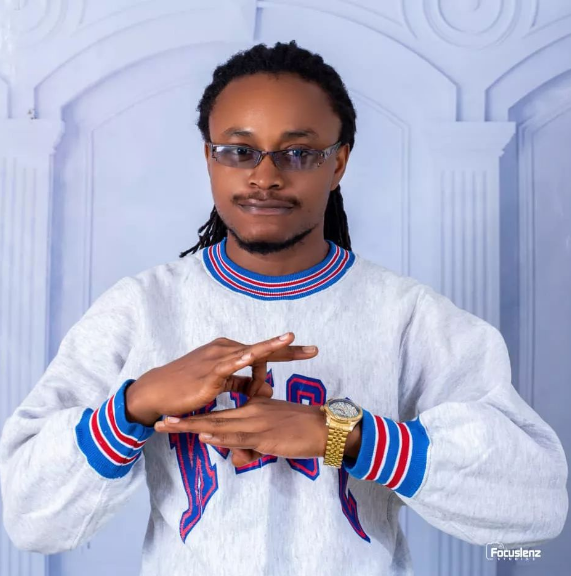 Who is Lyrical Chef

Raphael Amasi Kenya Gomba, also known as Lyrical Chef, is a gifted singer, producer, actor, and songwriter from Eleme in Port Harcourt, Rivers State, Nigeria. Even though he is from Port Harcourt, he spent most of his early years schooling in Lagos, Lagos State, Nigeria, while nurturing his passion as an artiste. He has recorded numerous songs, performed at significant events, and produced some outstanding tracks that have made the airwaves.

Lyrical Chef comes from a Christian family, birthed to the union of Mr. and Mrs. Amasi Gomba; he has four siblings. Victoria, Aaron, Grace, and Susan. He is the second child.

Lyrical Chef, like many other talented artists, started young. He spent most of his time in the studio, mainly because he started breeding himself in the art of music production, and as of 2015 he started making his own beats, although he still worked with other producers. Lyrical Chef is an independent artiste; although he has had affiliations with major brands in the past, he has executed his brand pretty well. He started performing at school shows and carnivals at a very young age to gain momentum and kick-start his journey. He went on to work with prolific producers and artists, including Leriq and Hotyce. He opened shows for major events, including The Ajebo Show at Eko Hotel in Lagos. His most recent project was an Extended Play titled The Rendition of Lyrical Chef. It was released in late 2021.

He also has had his moments in the Nigerian movie scene as he played a few roles in a couple of Africa Magic series.

Lyrical Chef did his Primary and Secondary school education in Lagos and later went to secondary school at Cayley College, Ikeja, and went on to do his diploma in Law at the  University of Abuja.

Lyrical Chef was born in the 90s.

Although Lyrical Chef does not fancy revealing his private life to the public, we are not confident he is currently in a relationship; information will be updated as soon as we have it.

This information has yet to be critically estimated; we will publish it as soon as it is made available.

Here are links to some of the Lyrical Chef songs and features.

Listen to THE RENDITION OF LYRICAL CHEF on iTunes