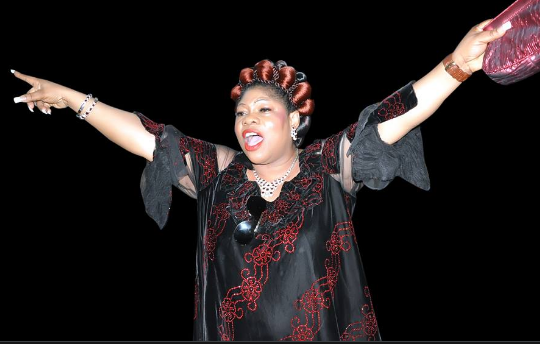 Ngozie Juliet who is also known as Ngozi Juliet Olejeme is a Nigerian, entrepreneur, politician, and administrator. She once served as the Chairman of the Nigeria Social Insurance Trust Fund from 2009 to 2015.

She also worked as the financial secretary to the Goodluck Jonathan campaign organization during the 2015 general elections.

She was in June declared wanted for allegedly diverting N69bn from the agency but turned herself in. Economic and Financial Crimes Commission (EFCC) has so far seized her 37 houses, frozen 30 bank accounts (each with at least 20m Naira), and a state-of-the-art bathroom worth at least $2M.

She was a Delta State Gubernatorial Aspirant on the Platform of the Peoples Democratic Party (PDP).

Where is Ngozi Juliet Elejeme From?

She was born in Asaba, Delta State, Nigeria.

Ngozi Olejeme was appointed chairman of the board, of Nigeria Social Insurance Trust Fund (NSITF) in June 2009 by late President Umaru Musa Yar’Adua. She saw the successful enactment into law of the Employees’ Compensation Act in December 2010, and the setting up of necessary human and physical infrastructure for the implementation of the Act, which was signed by President Goodluck Jonathan. She also took the helm as the Chairman of the Board of Trustfund Pensions Plc, on October 2009, but she no longer holds the position. She is also the convener of the Subsidy Reinvestment and empowerment program (SURE-P) sub-committee on Public Works and Road Rehabilitation. She held the position of Director of finance in the Goodluck Support Group (GSC), which was an organization set up for the support of President Goodluck Jonathan.

The Ngozi Olejeme Foundation is a non-government organization set up by her to care for people who are most disadvantaged through its empowerment scheme and The Widowhood Projects. The empowerment scheme includes support for projects designed to enhance the employability of young people and empowerment through vocational and skill-building projects. The Widowhood Projects seeks to address the social and cultural challenges of widows, it also empowers the widows and underprivileged women with skills and grants for trade. The foundation recently donated cash prizes to 200 widows in Asaba, Delta State to enable them to go into any business of their choosing.

Ngozi Olejeme has been an active politician in Nigeria, as she was a gubernatorial aspirant for Delta state under the auspices of the People’s Democratic Party PDP in the 2007 elections.

Elejeme and The EFCC Case

Trial Justice Maryam Hassan Aliyu issued the order after a nine-count charge bordering on diversion of public funds, money laundering to the tune of N69 billion was read to the hearing of the court.

Count three of the charge reads: “That you Dr (Mrs) Ngozi Olejeme being the former Board Chairman of Nigeria Social Insurance Trust Fund (NSITF).

Count four of the charge reads: “That you Dr (Mrs) Ngozi Olejenie being the former Board Chairman of Nigeria Social Insurance Trust Fund (NSITF) sometimes between 2012 and 2015 in Abuja within the jurisdiction of the High Court of the Federal Capital Territory, Abuja, while being entrusted with dominion over money belonging to the Nigerian Social Insurance Trust Fund (NSITF) received, benefit to do a favor in the discharging of your official duties to (NSITF) by receiving the sum of N505,000,000.00 (Five Hundred and Five Million Naira) from Sir Adebayo Adebowale Aderibigbe which was sourced from the monies paid by (NSITF) to Fountain Media Consults Ltd and Fountain Legal Services accounts as kickbacks and thereby committed an offense contrary to Section 8(i) (b) (i) and punishable under Section 8(b) (ii) of | the Corrupt Practices and Other Related Offences Act, 200.”She pleaded not guilty when the charge was read.  Her lawyer, Paul Erokoro (SAN), applied for bail on self recognizance or on liberal terms, which the prosecuting lawyer, Steve Odiase, did not oppose but insisted that she must be granted conditional bail, requiring that she presents a surety.

Olejeme’s counsel, Erokoro explained the application for bail, saying that the applicant should be granted bail on medical grounds.

He said, “The applicant has been diabetic and hypertensive for 30 years, she has had four major surgeries in the United States of America and South Africa.

“Four months ago, the applicant suffered heart failure and last month she caught Covid-19 and she is still in the recovery process.

“She will have follow-up surgery, one of which is scheduled to hold next month in South Africa.”

Erokoro dismissed allegations that the applicant breached her administrative bail and escaped from the country.

He said that “She returned to Nigeria voluntarily when she was asked to do so, due to the charges by the complainant.

“She regularly visited the complainant’s offices and has reported regularly.

“In addition, she has never missed an appointment”.

Justice Aliyu adjourned till Friday, 22 October for ruling and ordered that the defendant be kept in the custody of the EFCC.

Before her EFCC troubles, she was estimated to be worth around $10m