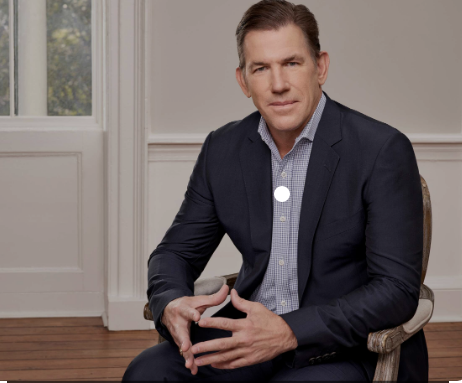 Who is Thomas Ravenel?

Thomas starred for five seasons on the Bravo reality-television series Southern Charm. He was also the state treasurer for six months, and an independent candidate for the United States Senate in the 2014 election in South Carolina. Ravenel was additionally a Republican candidate for U.S. Senate in the 2004 primary election. He is as well a member of the French Huguenot Church in Charleston.

Before running for office, he founded the Ravenel Development Corporation, a commercial real estate company. He then ran for the U.S. Senate in 2004, seeking the seat left vacant when Fritz Hollings retired. Ravenel came in third in the Republican primary election. After he endorsed Republican Jim DeMint, Jim went on to win the Republican runoff and the general election. He was subsequently fined more than $19,000 by the Federal Election Commission for improperly filing the required forms for the election. In 2006, he ran for South Carolina Treasurer, beating nine-term state treasurer Democrat Grady Patterson in the 2006 general election. In the 2012 Republican primaries, Ravenel endorsed Ron Paul.

Thomas was previously in the cast of Bravo’s Southern Charm.

Ravenel was indicted on federal cocaine distribution charges by US Attorney Reginald Lloyd in June 2007. The filed charges allege that he bought less than 500 grams of cocaine via an intermediary in Charleston, South Carolina, in 2005, before his election as treasurer and following his abortive entry in the 2004 Senate race. Governor Mark Sanford suspended him from his duties as state treasurer after learning of the charges. Mark then appointed Columbia attorney Ken Wingate to take the place of Ravenel on an interim basis. Meanwhile, according to prosecutors, Ravenel decided to join a rehabilitation facility.

He had also been volunteering for the Rudolph Giuliani presidential campaign, working as his South Carolina state chairman. Ravenel then resigned from the post following his indictment, according to Giuliani campaign officials. He was subsequently replaced with Barry Winn, who was co-chair of the South Carolina finance committee. Ravenel resigned as Treasurer on July 24, 2007, and the South Carolina General Assembly appointed state Rep. Converse Chellis to serve out the remainder of his term. He later underwent a rehabilitation program in Arizona. In September 2007, he plead guilty to ”conspiring to buy and distribute less than 100 grams of cocaine.”

Thomas was sentenced to 10 months in federal prison for drug charges against him on Friday, March 4, 2008. However, he was not instantly ordered to report to start his sentence.

Ravenel submitted over 17,000 signatures, officially placing him on the ballot as an independent candidate against incumbent Senator Lindsey Graham on Monday, July 14, 2014. He then completed in third place, gathering 3.9% of the vote.

How old is Thomas Ravenel?

Who are Thomas Ravenel’s parents?

Thomas Jonathan Jackson Ravenel was born in Charleston, South Carolina to Arthur Ravenel Jr. and Louise Rodgers. His father is a former Representative from South Carolina. Not much is known about his mother and the family to the media as he has kept it a secret.

Does Thomas Ravenel have siblings?

Ravenel was born to his parents into a family of six children. He has five siblings, two brothers, Arthur Ravenel III, and William Ravenel, and three sisters, Eva Ravenel, Suzanne Ravenel, and Renee Brockinton.

Ravenel attended The Citadel in Charleston, graduating with a Bachelor of Science in Business Administration (B.S.B.A) in 1985. He then enrolled in the University of South Carolina, and graduated with an M.B.A, in finance and real estate in 1991.

Ravenel is also a reality television star and was on the cast of Bravo’s Southern Charm. He is also into religion and is a member of the French Huguenot Church in Charleston.

Ravenel was married to Mary Ryan Ravenel from 1995 to 1998. He is currently single and unmarried but has been linked to several relationships.

Ravenel was in a relationship with Kathryn Calhoun Dennis and has two children together. He was recently linked to dating Heather Mascoe although they broke up and have one child together. He currently resides in Aiken, South Carolina, with his two children with Dennis, after she lost their custody to him.

In April 2018, Ravenel was accused by Ashley Perkins, a Florida-based real estate agent of sexually battering her mother, Debbie Holloway Perkins. This was after Ravenel met Debbie on the dating app Tinder in December 2015. Ashley claims her mother told her later that Ravenel ”stuck his penis in her face” and held her arms back while sticking his fingers inside her vagina and anus. Ravenel’s attorney Richard P. Terbrusch denied her allegations, stating that his ”client enjoys a certain degree of fame and unfortunately has become- unfairly- a target for an individual who has, in my opinion, dubious motivations. However, Bravo and Southern Charm production company, Haymaker, revealed on May 4, 2018, that it was taking the ”allegations very seriously” and launching its own investigation into their validity.

In May 2018, a second accuser, Dawn Ledwell, the former nanny of his children, came forward. She claimed that in January 2015, Thomas assaulted her following a night out with his friends. Dawn stated ”I went upstairs to get my jacket which had the key to my vehicle in the pocket. I was corralled into the master bedroom and he shut the door behind me. I turned around and he had his pants dropped, not wearing underwear.” She went on to say ”He was blocking the door. I was mortified, embarrassed, and scared.” Charleston police then opened an investigation into the alleged assault following the nanny filing an incident report in early May, and she settled the case and completely recanted the details of that evening’s events.

Ravenel later plead guilty to third-degree assault and battery in connection with an attack on Ledwell on September 11, 2019. He will therefore pay a $500 fine but serve no jail time. Ravenel also settled a civil suit with her, agreeing to donate $80,000 in her name to a charity for sexual assault survivors in lieu of paying her damages.

American politician and reality television star, Ravenel, has been a member of the Independent Party (formerly known as Republican), from 2004 to the present. He has garnered an accumulative net worth of approximately $6 million as of 2022.