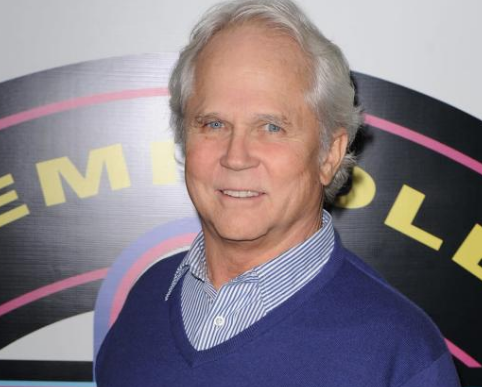 Who is Tony Dow?

Tony Lee Dow is a popular American professional film producer, director, sculptor, and television actor. Dow is recognized for his role in the television sitcom Leave It to Beaver, running in primetime from 1957 to 1963. He portrayed Wally Cleaver, the older son of June (played by Barbara Billingsley) and Ward (played by Hugh Beaumont) Cleaver, and the brother of Theodore ”Beaver” Cleaver (played by Jerry Mathers).

Dow received the role of Wally Cleaver in Leave It to Beaver in a casting call with nearly no acting experience. He went on to perform in the series for six years until it concluded in 1963. Dow then appeared on other television shows such as My Three Sons, Dr. Kildare, The Greatest Show on Earth, and Never Too Young. As well as on five episodes of Mr. Novak in three different roles. He cut short his career, to serve in the National Guard from 1965 to 1968.

When he returned to acting, he guest-starred in the television series Adam-12, Love American Style, Square Pegs, Knight Rider, The Mod Squad, The Hardy Boys, and Emergency. He went on to act as he worked in the construction industry and studied journalism and filmmaking during the 1970s. Dow reprised his role as Wally Cleaver in a reunion television film and in the following series The New Leave It to Beaver from 1983 to 1989.

Dow was honored in 1987, by the Young Artist Foundation with its Former Child Star Lifetime Achievement Award for his role as Wally Cleaver. His most recent screen appearance was in the 2003 movie Dickie Roberts: Former Child Star. He was seen promoting the Leave It to Beaver television series and other classic TV series on the MeTV television network in April 2019.

Dow wrote an episode of The New Leave It to Beaver in 1986. He made his debut as a director with an episode of The New Lassie in 1989. It was followed by episodes of Get a Life, Harry and the Hendersons, Babylon 5, Crusade, Coach, and Star Trek: Deep Space Nine. Dow worked as the visual effects supervisor for Babylon 5. He then provided visual effects for the Fox television film Doctor Who in 1996.

Dow revealed in May 2022, that he was diagnosed with cancer, once again on his social media page.

A photo of Tony Dow

How old is Tony Dow?

Who are Tony Dow’s parents?

Tony Lee Dow was born to John Stevens Dow Jr, (1908-1987) and Muriel Virginia Dow (May 17, 1906- April 30, 20001) in Hollywood, California. His father was a stunt woman in early westerns and Clara Bow’s movie double in Hollywood, while his father was a designer and general contractor.

Does Tony Dow have siblings?

Dow has not shared any information about his siblings and family. It is unclear and hard to know if he has any siblings or not.

Dow studied high school at Van Nuys High School. After graduating enrolled in college and studied journalism and filmmaking in the 1970s.

Dow trained as a swimmer and was a Junior Olympics diving champion in his youth. He also stars in self-help videos chronicling the battle of clinical depression, including 1998 Beating the Blues. This was after he suffered from clinical depression as he revealed in the 1990s.

Dow is a sculptor, who creates abstract bronze sculptures. One of his great works was on display in the backyard garden of Barbara Billingsley, who played his mother on Leave It to Beaver. Dow was picked as one of three sculptors to show at the Societe Nationale des Beaux-Arts exhibition, in the Carrousel du Louvre in Paris, France, in December 2008. He represented the US delegation, composed of artists from the Karen Lynne Gallery. Dow’s abstract shown at the Louvre was called ”Unarmed Warrior”, a bronze figure of a woman holding a shield.

Dow is currently married to his second wife. First, he was married to Carol Marie Theresa Marlow from 1969 to 1980. After divorce, he married Lauren Shulkind in 1980 and is happily married to the present. The couple currently lives in their Topanga California home.

Dow has two children altogether from his two marriages. He has one child with his ex-wife Carol, Christopher Dow, born on March 26, 1973, and one with his current wife Lauren.

American actor, director, producer, and sculptor, Dow has been active from 1949 to the present. He has appeared in various films, and also directed and produced other films throughout his career. Dow has garnered an accumulative net worth of approximately $4 million as of 2022.