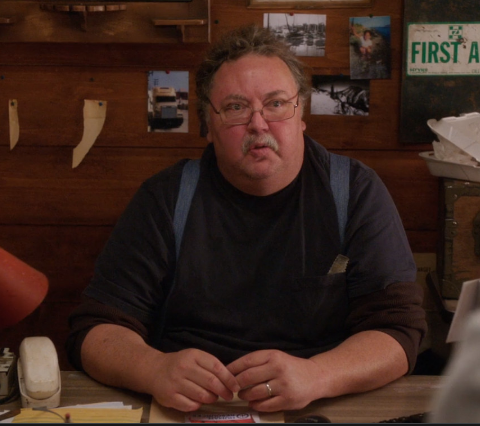 Who is Mike Hagerty?

Mike Hagerty, fully known as Michael Gerard Hagerty was a famous American actor. He was popular for playing comedic blue-collar workers, such as his recurring roles as Mr. Treeger, the building superintendent, on Friends and the manager of a muffler shop on HBO’s Lucky Louie.

Hagerty was known for his small character roles in a wide range of famous comedies such as Martin, The Wayans Bros, Cheers, Friends, Curb Your Enthusiasm, Seinfeld, and The Wonder Years. Additionally, he was a regular on The George Carlin Show. Mike started his acting career with The Second City. Despite spending most of his career in television roles, he also had small roles in many movies. Hagerty was famous for his mustache and thick Chicago accent.

A photo of Mike Hagerty

How old is Mike Hagerty?

Who are Mike Hagerty’s parents?

Michael Hagerty was born to Michael Hagerty and Margaret Hagerty in Chicago, Illinois. Not much is available about his family and parents as he did not share the information with the media and public.

Does Mike Hagerty have siblings?

Hagerty was born to his parents in a family of two children. He has one sibling, sister Mary Ann Hagerty.

Hagerty’s high school information is not available, but it is clear that he graduated from the University of Illinois.

Hagerty died as a married man, he was married to his loving wife, Mary Kathryn. However, not much is known about his wife or family except being married to a famous celebrity. The couple resided in their home in Los Angeles at the time of his death.

American professional actor, Hagerty has been active from 1983 to his demise in 2022. He has appeared in numerous television and film roles throughout his career. Hagerty had garnered an estimated net worth of approximately $1.5 million as of 2022.