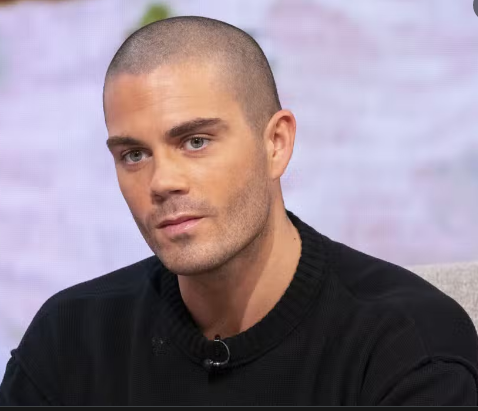 Who is Maximillian Albert George?

His name abbreviated as Max George is an English famous singer. He is prominently known as the lead singer of the boy band The Wanted. He started his career as a footballer playing for Preston North End. However, after an injury ended his football career, he made his singing debut with the band Avenue.

In 2009 after the band disbanded, he went on to join the newly formed band, The Wanted. Following The Wanted’s success in 2014, in the United States, he landed his first acting role in the sixth season of the American television series Glee in the role of Clint, the leader of “Vocal Adrenaline”. Next, he starred in the E! channel reality series, The Wanted Life in 2013.

He is 33 years old as of August 2022, having been born on September 6, 1988, in Swinton, Greater Manchester, England. George shares his birthdate with celebrities such as; Asher Angel, Payton Delu Myler, Lil Xan, Maddie Gray, Shay Rudolph, and many more.

He was born to Mark George (Father) and Barbara George (Mother).

He has a brother by the name of Jack George.

He received his education at Bolton School.

According to news on the internet, it shows that he is currently dating Maise Smith (born on July 9, 2001) an English actress and singer. Moreover, he has been in several relationships and has had several encounters.

A Career with the Avenue and The X Factor

In 2005, George joined the boy band Avenue. In 2006 after applying to The X Factor, the band auditioned for the third series of the competition singing a capella version of the Will Young song “Leave Right Now”. The band was mentored by Louis Walsh after completing the Bootcamp and judges’ house portion. Making it to the final 12, the band then signed a management contract with the series.

However, after they were discovered that they were already under contract with another management, they were disqualified from the show. Following their disqualification, they went on to sign to the Crown Music Management recording label and were awarded an album deal with Island Records. Avenue then released their debut single “Last Goodbye” in 2008 and George appeared naked on the magazine cover of AXM. The single peaked at No. 50 on the UK Singles Chart and their plans to go on the tour were canceled. In 2009, the group disbanded.

A Career with The Wanted

A mass audition was held by Jayne Collins in 2009 to form a boy band, after successfully launching Parade and The Saturdays. Thus George auditioned and was selected as one of five members, along with Nathan Sykes, Siva Kaneswaran, Tom Parker, and Jay McGuiness out of the thousand others who auditioned. Therefore the band was formed together and worked on their debut album before finding a perfect name for their band, The Wanted. On July 25, 2010, they released their debut album, “All Time Low” which debuted at No. 1 on the UK Singles Chart.

On October 17, 2010, they released their second single “Heart Vacancy” and it hit No. 2 on the UK Singles Chart and No. 18 in Ireland. Their third single “Lose My Mind” was released on December 26, 2010. And it went on to peak at No. 19 on the UK Singles Chart and at No.30 in Ireland. In 2011, the single was released in Germany whereas in 2012 in the United States. The next year, the group starred in their own reality series on E! in support of a crossover appeal to the American music market. The series, The Wanted Life only aired for one season. In January 2014, the band announced its decision to break. George as a member of the band has sold over 12 million records worldwide. The Wanted, returned in 2021.

A Career as a Solo Artist

He revealed in an interview in January 2014, that he was signed as a solo artist by Scooter Braun. On July 3, 2018, he released his first solo single single “Barcelona”. The song has more than 4.5 million streams on Spotify. He then released his second single “Better On Me” on May 24, 2019.

A Career in Other Ventures

Besides music, he was named the new face and spokesmodel for Buffalo denim’s fall line in June 2013. There, he starred in the campaign opposite Sports Illustrated swimsuit model, Hannah Davis. That same year in November, he did an underwear campaign for Buffalo again.

In addition to his music career, since 2013 he has been signed with Creative Artists Agency. In June 2014, he revealed his decision to enroll in elocution classes. This was to help his pursuit of an acting career. It was confirmed in September 2014, that he had joined the cast of Glee in the role of Clint after Mark Salling shared a photo of him on Twitter hanging out with Max on the set of the final season of the US comedy drama. On January 9, 2015, he made his first on-screen appearance. It was announced on February 2, 2015, that he had joined the cast of Bear Grylls’ TV survival series titled, Bear Grylls: Mission Survive.

A Career in Strictly Come Dancing

It was announced on September 1, 2020, that George would be taking part in the 18th series of Strictly Come Dancing. Thus he was partnered with Australian dancer, Dianne Buswell. However, he left the series after being voted out in Week 4.

A Career in Radio

In addition to his several careers, it was announced on July 7, 2021, that he would be joining Hits Radio. There he would present Friday Night Hits every Friday from 7 to 10 pm across the Hits Radio Network. His first show was on July 9, 2021.

Max George’s Salary and Net Worth

His salary is not mentioned on the internet but has a net worth of $4 million.