Religious Leaders and Founders, Beliefs and Places of Worship 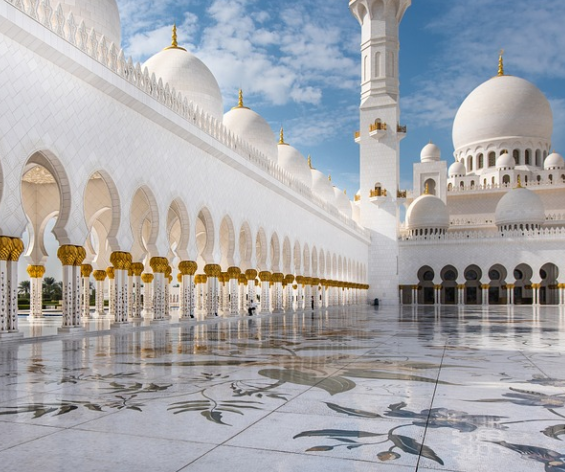 Religious Leaders and Founders, Beliefs and Places of Worship

Who Is A Religious Founder?

A religious founder can be understood as the first person that started a religion and introduced it to the world. As such, founders of religion act as guides and examples to followers.

Here are the founders of popular religions

Jesus was conceived by Holy Spirit, was born of a virgin named Mary, performed miracles, founded the Christian Church, died by crucifixion as a sacrifice to achieve atonement for sin, rose from the dead, and ascended into heaven, from where he will return. Throughout his life, he is believed to have given religious teachings and performed several miracles.

When being crucified and rising again, the belief of Jesus being the Son of God was confirmed for Christians. It is believed this act saved all humanity from eternal sin. This is why Easter is commemorated every year, with church services, prayers, and fasting for Lent.

The prophet, Muhammad ibn Abdullah was an Arab religious, social, and political leader and the founder of the world religion of Islam. According to Islamic doctrine, he was a prophet, divinely inspired to preach and confirm the monotheistic teachings of Adam, Abraham, Moses, Jesus, and other prophets.

Muslims believe that Islam has always existed and was revealed to them through a number of people called prophets which means ‘messenger’. However, due to a man called Muhammad being God’s final messenger, he is seen as the fundamental founder of Islam.

Muhammad is so important and highly regarded by Muslims that whenever his name is mentioned, Muslims say Peace be upon him.

Prophet means ‘messenger’. Therefore, Muhammad is seen as the messenger of God, who brought God’s teachings to humanity.

Unlike most religions, Hinduism has no specific founder. As the world’s oldest religion, its beliefs, traditions, and customs were founded by people living along the Indus River in SouthEast Asia. Since the partition in 1947, the Indus River has been located in Pakistan, not modern-day India.

With around 535 million followers worldwide, Buddhism remains one of the most popular religions. Its founder is believed to be Siddhartha Gautama.

Siddhartha was born into a royal family in Nepal and lived within the palace walls for most of his life. Here he was kept away from the struggles of life such as death, illness, and aging. Siddhartha’s birthplace is thought to be Lumbini, and remains a major site for Buddhist followers and also tourists in Nepal.

After marrying and having children, he realized it was time to leave the palace and explore the other side. Here he saw three men. One was old, one was ill and one was merely a corpse of a man who had died.

Next, Siddhartha saw a holy man dressed in rags with only a begging bowl in his hand. Despite owning nothing but the bowl, he looked relaxed and peaceful.

Siddhartha was struck how someone with nothing could be so content.

These four sights were a turning point for Siddhartha. He wanted to know if there was more to life than sickness, old age, and death so he decided to let go of his wealth and discover this for himself.

He dressed as a monk before going to meditate under a Bodhi tree. Here he made a promise to himself: he wouldn’t rise again until he found the truth. As he stayed there, sitting, he thought carefully about the past, present, future, and the four sights he saw when he left the palace.

Time passed and eventually, he realized there was a way for people to end their pain and sadness. Within this moment, he became wise and enlightened.

Siddhartha began to teach people about what he had realized and people began to call him Buddha or ‘teacher’. He taught them the Four Noble Truths.

Teachings and Beliefs of Buddhist Religion

It is believed that Guru Nanak began Sikhism, one of the world’s most common religions. Sikhism has an estimated 700 – 800 thousand followers in the UK and 23 million around the world.

Of the 10 Sikh gurus, Guru Nanak was the first and was born in 1469 in a small town called Talwandi in India, about 40 miles from Lahore (now modern-day Pakistan).

Sikh traditions teach that his birth and early years were marked with many events that showed he was special. This includes his first job as a shopkeeper in Sultanpur. To visitors, Nanak would often share his ideas about how to love and follow God to people. In response, people in the village started to call him a ‘Guru’, which means ‘teacher’.