The Importance of Reading Positive Quotes 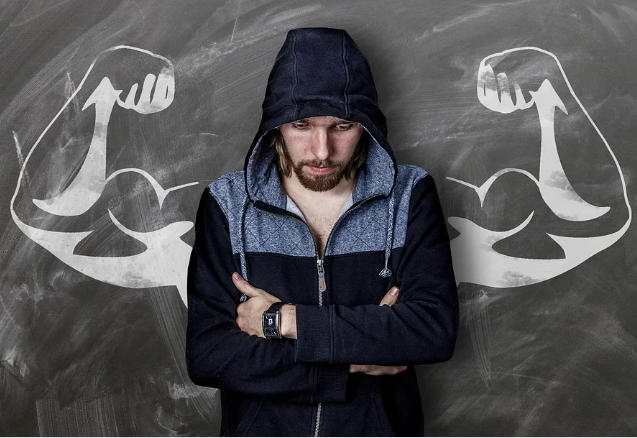 The Importance of Reading Positive Quotes

First, I devote a few minutes of my day to reading positive quotes involving my vision. They might not be directly related or extremely specific to my vision, but they are close enough.

These positive quotes help me stay motivated. They remind me that people have achieved what I’m trying to do in the past, and they were able to overcome it because they focused. They kept the main thing the main thing. They kept their eyes on the prize.

Next, I also read case studies of actual people that have done what I want to do. If you’re honest about your project, it’s really not hard to do. Regardless of how grandiose or how seemingly massive your personal project is, somebody has done it before.

If you feel that it’s new or completely novel, you probably haven’t been searching enough. You haven’t done extensive research. Keep looking. You will find at least one case study that is similar enough to what you’re trying to do.

The Importance of Reading Biographies

Another belief booster that I use involves biographies of people who inspired me. These are people who started with nothing.

Many times, people would laugh at them, dismiss them, and call them crazy or idiots. But against all odds, these individuals were able to overcome themselves.

I’m also particularly interested in biographies of people who overcame themselves. Believe me, the number one person who will try to sabotage you, undermine you, drag you down, and hold you back is yourself.

You have to recognize how you limit yourself and be ready for it. You have to be on the lookout for the many games you will try to play on yourself so you keep waiting or you don’t try hard enough.
Look at biographies. Read through them. Be inspired by them. Look for people who have overcome hurdles placed by other people or, most importantly, hurdles they themselves set to sabotage their own success.

Make It Part Of Your Daily Routine

Finally, make all this focus part of your daily routine. Invest time in it. Consciously say to yourself, “I believe in my vision” and then start thinking about your vision. Use belief boosters. You may need to spend quite a bit of time at this stage before you take it to the next level, but it’s definitely worth it.

Integrate Your Belief Into Your Daily Life

Prior to this point, a lot of the things that you’re doing simply just involved your mind and your emotions. As powerful as the human brain and heart are concerned, for things to change in your life, you have to act on your vision.
I personally was able to do this using the following system. I would read my vision, focus on the case studies that I have researched, and give myself affirmations. I would repeat these affirmations consciously, purposefully, and slowly.
I would savor every word. I would try to visualize every word. I would study how they flow into each other and what their impact is. I would figure out the different meanings that they suggest and really get into them and feed them into my visualization.
After everything is clear to me, I would erase or rip up my written version of my vision, and then, after a few minutes have passed, from memory, I would rewrite my vision.
When I go through this process, I am reprogramming my personal operating system. I’m training my mind to override doubts, self-imposed limitations, painful trauma or negative memories from the past, and worthless worries about the future. Instead, I focus on my vision.

You should do this first thing in the morning, and the last thing at night. This is crucial because when you’re sleeping, your mind is engaged in an alternative reality. It’s clearing up your memory base, but it’s making all sorts of reconnections.
If your vision is an integral part of that, it becomes part of this reality that your mind brings into fruition. And the best part is that it happens subconsciously.

Just as importantly, you start changing how you talk to others. You no longer say, “I don’t have the money,” “I can’t do it,” “Who am I,” or “The rich get richer and the poor get poorer.” That goes away. Instead, people start hearing somebody new.

You start talking by planting seeds of life into people’s lives instead of weeds like, “I can’t do it” or “Who do you think you are,” “You have no money,” or “It’s failed before, what makes you think it’s going to happen this time around?” All those weeds, I call them mental weeds, start to shrivel and die, and you start planting seeds of life.

In addition to changes in how you talk, you start changing the way you look. You probably have heard the saying, “to make a million bucks, you have to first dress like a million bucks.” Well, there’s a lot of truth to that because it reflects your self-image. It reflects the type of person you see yourself as being.
Again, going back to Michael Phelps, he doesn’t see himself as the last guy in the race. Instead, he sees himself as the first guy, winning time after time, all day, every day.

But you have to start somewhere. And it all starts in your head. Eventually, it makes this internal change, and reprogramming starts manifesting itself in how you talk and how you look, which in turn changes how people perceive you.
If people saw a bum before, and now you show up in an Armani suit and you treat everybody like a million bucks, what do you think will happen? They will treat you like a million bucks. And soon enough, since you already believe you’re a million bucks and people are saying you’re a million bucks, it becomes a reality.
That’s how you man up. That’s how you step up to the challenge and take life by the ears and take control.

How To Achieve Your Goal Easily