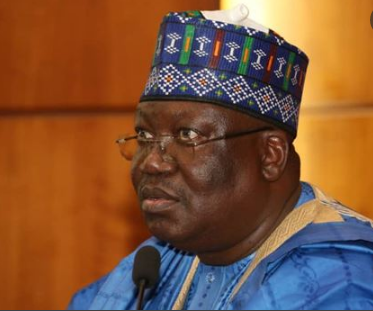 Ahmed Ibrahim Lawan is a Senator of the Federal Republic of Nigeria. He was born on January 12, 1959, in Gashua city of Yobe State, Nigeria. He has been appointed by Abdullahi Adamu as the consensus candidate of APC.

In 1984, he graduated from the University of Maiduguri with a Bachelor’s degree in Geography.

Alhaji Lawan served in the Yobe state public service as an Education Officer in the Ministry of Education from 1985 to 1986 before entering politics.

From 1987 until 1997, he worked as a lecturer at the University of Maiduguri, where he lectured for ten years.

Lawan was elected to the House of Representatives in 1999, following the return to democracy, where he chaired committees such as the House Committees on Education and Agriculture.

On the banner of the All Nigerian Peoples Party, Ahmad Lawan ran for and was elected Senator to represent Yobe North Constituency in 2007. (ANPP).

He introduced and sponsored the Desertification Control Commission Bill in 2009 as head of the Senate Committee on Public Accounts.

Ahmed Ibrahim Lawan was re-elected to a second term as Senator representing Yobe North Senatorial District in 2011 on the platform of the ANPP.

Lawan successfully fought for the Yobe North Senatorial seat again in 2015, this time on the All Progressives Congress (APC) ticket, and won, bringing his total active service to 16 years by 2019.

He has been awarded the Commander of the Order of the Niger’s National Honour (CON).

His Net Worth has been estimated to be around $10m.