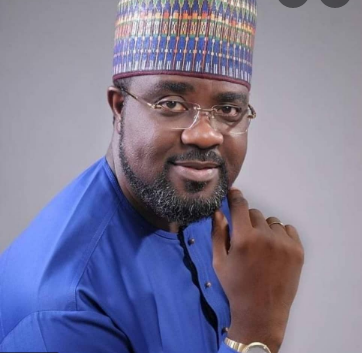 Mike Oluwafemi Omotosho Born in 1970, from Kwara State, he was a Nigerian politician who was the Chairman of the Labour Party.

From 2015 to 2016, he served as Governor of Rotary International in sections of Nigeria, including the North West, North East, North Central, and South West, omitting Lagos and Ogun states.

Moreover, Mike Omotosho Date and months of birth haven’t been disclosed, but he was born in 1970, actually at the age of 52 years old now @ 2022.

From 2015 to 2016, Omotosho served as the Chairman of the Nigerian Labour Party. He also ran in the 2015 general elections in Kwara State, coming in third place. In 2017, his Mother was allegedly kidnapped.

The organization has provided vocational training to over 200 rural community members and a 10 million naira microcredit scheme to empower 300 women to start small enterprises.

500 youngsters from various local governments in Kwara State were also trained in employable skills, and the foundation also offers scholarships to 150 destitute kids from basic and secondary schools.

The organization conducted a medical mission in 12 towns across four local governments in Kwara State in August 2014, providing free diagnosis, expert medical advice, and the distribution of free medications, wheelchairs, and mosquito nets. The program benefited about 5,000 members of the community.

Mike Omotosho has been a philanthropist while he was alive, In 2017, through his foundation, a program was launched that touched and changed the lives of about 8,000 people.

Concerning his death, this is an excerpt from LeadershipNG;

Omotosho, who hails from Kwara State, died outside the country on Saturday evening of an undisclosed illness.

A source close to Omotosho, who spoke to LEADERSHIP, said: “He was sick for a while. The last time we spoke, he said he’s doing fine and that he will soon be back to Nigeria.”

Omotosho was the national chairman of the Labour Party of Nigeria from 2015-2016. He also contested the 2015 general elections in Kwara State where he came third in the governorship election.

He was also Governor of Rotary International in some parts of Nigeria covering the whole of North West, North East, North Central, and South West excluding Lagos and Ogun states from 2015 to 2016.

Omotosho set up the Mike Omotosho Foundation to alleviate poverty and empower youths through training and community development programs.