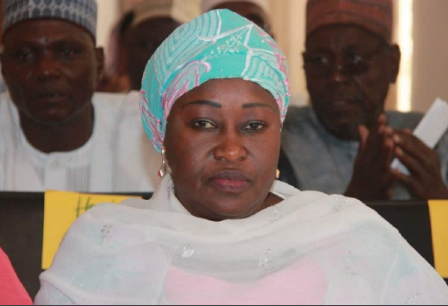 Who is Asabe Vilita Bashir?

Asabe Vilita Bashir (born in 1965) is a Nigerian politician. She was elected to the Nigerian House of Representatives as a candidate of the ruling party APC in the federal constituency of Gwoza, Chibok, and Damboa Borno State. She particularly advocates for women and children especially victims of the Boko Haram insurgency.

Bashir received her GCE certificate from the Federal Government College at Maiduguri in 1984. She then enrolled at the University of Maiduguri to study education. She was awarded the BSc in education in 1988, the MEd in Administration and Planning in 1992, and a Ph.D. in Philosophy in 2002.

She is a member of Nigeria’s Federal House of Representatives, representing the Gwoza, Chibok, and Damboa federal constituencies in Borno State. She advocates projects that will improve the lives of Boko Haram insurgency victims, especially women and children.

Hon. Asabe has also worked as a lecturer and project manager in the private and public sectors. In 2003, she was elected a member of the Borno State House of Assembly where she served from May 2003 to May 2007. From March 2010 to June 2011, she served as Commissioner of Education in Borno State. She also doubled as the Commissioner of Housing from October 2009 to April 2010. She also served in the ministries of agriculture, poverty, and health. In 2015. She is a member of the All Progressive Congress (APC) and regularly advocates for women and children.

She is estimated to be worth between $1.5 Million and $5m