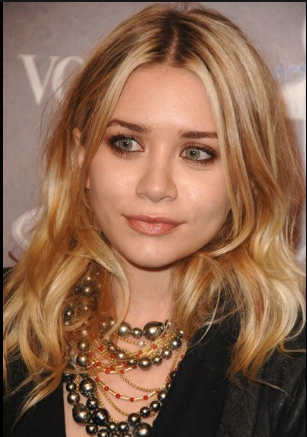 Who is Ashley Olsen?

Ashley Fuller Olsen is a famous American fashion designer, businesswoman, and former actress. At the age of nine months, she began her acting career sharing the role of Michelle Tanner with her twin sister Mary-Kate Olsen in the television sitcom Full House (1987-1995). She and her twin sister, have also starred in numerous films together.

Dualstar Entertainment Group (the production company) was founded in 1993 and produced a long string of TV movies and direct-to-video releases featuring the girls. The twins also starred in Passport to Paris (1999), Our Lips Are Sealed (2000), Winning London (2001), Holiday in the Sun (2001), and in the television series, So Little Time (2001–2002).
Moreover, they starred in Getting There (2002), When in Rome (2002), The Challenge (2003), and made cameos in Charlie’s Angels: Full Throttle (2003). Ashley’s last film she starred in with her twin sister was New York Minute (2004). After that, she continued independently with her acting career with a few guest-star roles in films and in a music video. The twin sisters in March 2012 both officially indicated their interest to retire as actresses in order for them to focus on their careers in the fashion industry.

Ashley and her twin sister co-founded luxury fashion brands, The Row, lifestyle brands Elizabeth and James, and more affordable fashion lines, Olsenboye and StyleMint. In addition, together they co-authored a book Influence featuring interviews with fashion designers that have inspired their fashion lines. They are also members of the Council of Fashion Designers of America.

How Old Is Ashley Olsen?

She is 35 years old as of May 2022, having been born on June 13, 1986, in Sherman Oaks, California, U.S. Ashley shares her birthdate with celebrities such as; Chris Evans, Mary-Kate Olsen, Daniella Perkins, Badkidmirah, and many more.

A Photo of Ashley Olsen

Who are Ashley Olsen’s Parents?

She was born to David Olsen (Father born on October 15, 1953) a real estate developer, mortgage banker, and actor. And Jarnette Olsen (Mother was born in 1954) is a personal manager.

Does Ashley Olsen have Siblings?

She has five siblings. Two brothers the names Trent Olsen was born on May 6, 1884, and Jake Olsen was born in 1998. And three sisters by the names of Courtney Taylor Olsen, Elizabeth Olsen born on February 16, 1989, is an American actress. And a twin-sister Mary-Kate Olsen born on June 13, 1986, is a fashion designer and former actress.

She is currently in a relationship with artist Louis Eisner. They have been dating since October 2017.

A Career at Dualstar

Associates of the twin sisters in the 1990s acted in recognition of their marketing potential. Thus building a production company around them called Dualstar Entertainment Group. The company was responsible for producing a long string of TV movies and direct-to-video releases featuring the girls. For another time, Ashley and her twin sister starred in Passport to Paris (1999), Switching Goals (1999), Our Lips Are Sealed (2000), Winning London (2001), Holiday in the Sun (2001), and the television series, So Little Time (2001–2002).

During the late 1990s and early 200s, she and her twin sister became household names and popular figures in the preteen market with her likeness seen in clothes, books, fragrances, magazines, movies, and posters among others. From 2000 to 2005, they were fashion dolls of her made by Mattel. In addition, they also starred in the films Getting There (2002), When in Rome (2002), and The Challenge (2003) and made cameo appearances in Charlie’s Angels: Full Throttle (2003). New York Minute would be their last film together as well as Ashley’s acting role. Upon the twins’ birthday in 2004, they became co-presidents of their company Dualstar.

Ashley and Mary-Kate when they were 21 in 2007, they said if they will be involved in movies together again, this time it would be as producers. Ashley in 2009 contemplated returning to acting and said “Never say never”. In that year, she made appearances in the film The Jerk Theory and the following year in 2010 in I’m Still Here. Both the twins in March 2012, indicated their interest to retire as actresses in order for them to focus on their careers in fashion. Ashley appeared in the music video for “City of Angels” by Thirty Seconds to Mars in October 2013.

Due to public demand and a high volume of interest in their fashion choices. Ashley and Mary-Kate collaborated on a series of fashion lines available to the public. Across America, they released clothing in Walmart stores for girls ages 4 to 14, as well as a beauty line called Mary-Kate and Ashley: Real Fashion for Real Girls.

The idea for The Row started as a personal project in 2005 when Ashley Olsen challenged herself to create a perfect T-shirt. Olsen tested the design in order to find a variety of women of all body shapes and ages. The sisters 2006, had created a 7-piece collection that included the T-shirt, a pair of cotton sateen leggings, and a cashmere wool tank dress. The entire first collection was bought by Barneys New York. She and Mary-Kate 2008 published Influence. This is a book that features interviews with fashion designers that have inspired their fashion lines.

The sisters in 2011 joined forces with TOMS to design footwear for children without shoes in more than 20 countries worldwide. Having been adults, the twins have devoted much of their time to the fashion world. In 2011, they designed an Olsenboye change purse and donated the money to “Pennies From Heaven”. The Olsens in 2012 won the WSJ magazine Innovator of The Year Award. The sisters in early 2013 launched an Elizabeth and James perfume. Moreover, they are members of the Council of Fashion Designers of America CFDA.

Asley Olsen Salary and Net Worth