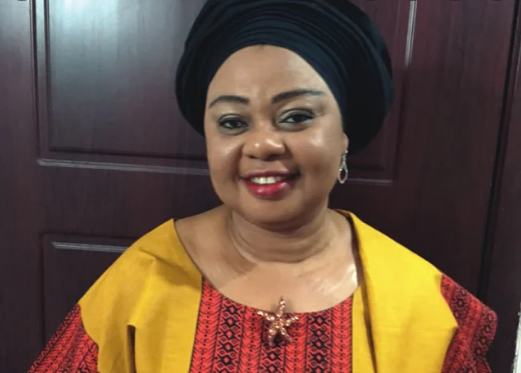 Who is Ayo Omidiran?

Ayo Hulayat Omidiran, born 10 November 1965, is a Nigerian politician and federal lawmaker representing the Ayedaade/Irewole/Isokan federal constituency in Osun State. She is a member of the All Progressive Congress. She is a native of Ikire in the Irewole local government area of Osun State.

How Old is Ayo Omidiran?

She attended Ayedaade Grammar School Ikire, Osun State, and obtained a West Africa School Certificate in 1980. She then proceeded to Ahmadu Bello University, Zaria, and graduated with a bachelor’s degree in Biochemistry in 1985.

She contested for the Federal House of Representatives for Ayedaade/Irewole/Isokan federal constituency in 2011 and was elected. She ran for re-election in 2015 and was re-elected under the umbrella of the APC. She has held various positions in the house including Deputy Chairman, House Committee on Sports; member of House Committee on Judiciary, Communications, Interior, Solid Minerals, Women Affairs, and Women in Parliament.

She is a fan of football. She sponsored the Ayedaade-Irewole-Isokan Federal Constituency Football Competition in early 2018 which climaxed with the finals at the Ayedaade High School, Ikire, Osun State.

Yes she is married