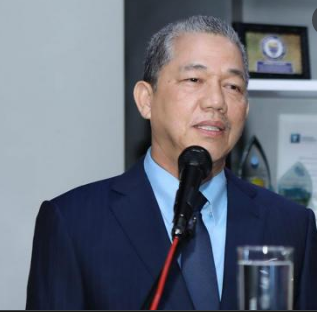 Who is Fadillah Yusof?

Dato’ Sri Haji Fadillah bin Yusof is a well-known Malaysian politician who has served as Senior Minister in charge of Infrastructure Development and Minister of Works. This is his third term in the Barisan Nasional (BN) administration under Prime Minister Ismail Sabri Yaakob since August 2021 and as Member of Parliament (MP) for Petra Jaya since March 2004.

Yusof previously held the same portfolio for a second term in Perikatan Nasional (PN) administration under former Prime Minister Muhyiddin Yassin from March 2020 to August 2021. Meanwhile, he additionally held the same role from May 2013 to May 2018 in the BN administration under former Prime Minister Najib Razak. However, he only held the position of Minister of Works since the portfolio of a senior minister had not been created at the time.

He also worked as the Deputy Minister of Science, Technology, and Innovation from March 2008 to May 2013. Then, he served in the BN administration under former Prime Ministers Abdullah Ahmad Badawi and Najib Razak. He later served as chairman of the Science, Innovation and Environment Select Committee, one of only two select committees led by an opposition MP from December 2019 to his reappointment as a minister in March 2020. Fadillah is also a member of the Parti Pesaka Bumiputera Bersatu (PBB) and Parliamentary Whip of its coalition Gabungan Parti Sarawak (GPS).

Following the 13th Malaysian general election on May 16, 2013, he was promoted to full minister as Minister of Works under the new Cabinet line-up of prime minister Mohammad Najib Abdul Razak. After the defeat of the BN in the 14th Malaysian general election, he was appointed chief whip of the opposition Sarawak Parties Alliance (FPS) in the House of Representatives of Malaysia.

How old is Fadillah Yusof?

Who are Fadillah Yusof’s parents?

Fadillah bin Yusof was born in Kampung Hilir, Sibu to Yusof Merais and his wife. His father was an activist jailed several times by British colonial authorities. He has not shared information about his family and parents with the media and kept it private.

Does Fadillah Yusof have siblings?

Yusof was born to his parents into a family of fourteen children. He has thirteen siblings as the ninth born. He has a known brother Bustari Yusof. Bustari has been linked numerous times with corruption related to former prime minister Mohammad Najib Abdul Razak and Governor of Sarawak, Abdul Taib Mahmud.

After the fall of BN, the Malaysian Anti-Corruption Commission (MACC) filed forfeiture suits against, Bustari among others, for the amount of RM11.9 million for funds related to the 1Malaysia Development Berhad scandal. He forfeited RM3.7 million as a settlement for the Malaysian government’s forfeiture suit in late November 2019. Yusof also faces a separate forfeiture suit involving his company, Obyu Holdings, amounting to RM680 million.

Yusof attended and studied at the University of Malaya, where he graduated.

Yusof has an interest in sports and enjoys playing badminton and golf, and is an avid reader.

Yusof has not shared any information about his family and children with the media and it is not clear how many children he has.

Yusof has a well-built, muscular, and physically fit body, although he has not disclosed his height and weight measurements.

Malaysian politician, Yusof has been active in politics from 2004 to the present, currently serving as a Senior Minister of Infrastructure Development and Minister of Works. He has gathered an estimated net worth of approximately $5 million as of 2022.