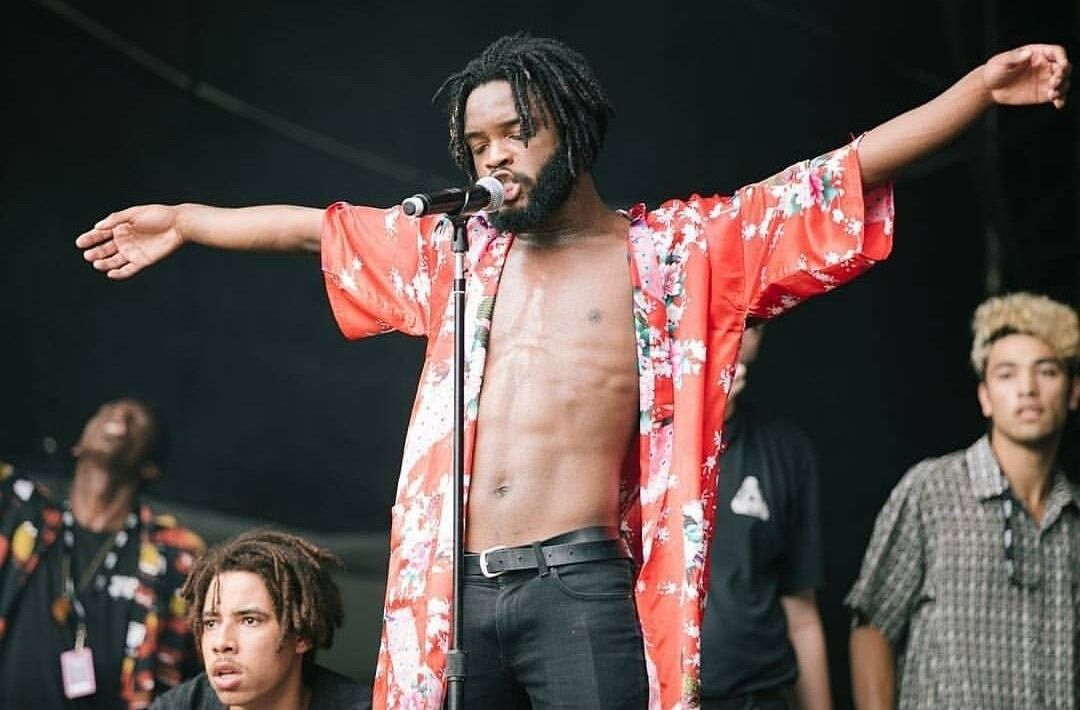 Ghanaian-Australian rising star Kofi Owusu-Ansah known as Genesis Owusu is one of the most intriguing new artists whose hard-to-categorize music incorporates elements of alternative rock, hardcore rap, and easygoing funk.

His songs address important societal concerns like cultural appropriation and police brutality while being both joyful and reflective. Owusu’s track “Don’t Need You” garnered broadcast from U.K. and U.S. tastemakers in 2020 after first gaining recognition in Australia with early releases including the 2017 EP Cardrive and his incredibly energizing live performances.

“Smiling with No Teeth” (2021), Owusu’s debut studio album, was a huge hit and reached the ARIA chart peak at number 27. He received four awards at the 2021 ARIA Music Awards including Album of the Year, Best Hip Hop Release, Best Independent Release, and Best Cover Art.

Owusu has clearly worked hard to perfect his craft, and he is undoubtedly creating a life filled with achievement that will position him as one of the best of his age.

The APRA Awards are held in Australia and New Zealand by the Australasian Performing Right Association to recognize songwriting skills, sales, and airplay performance by its members annually

The Australian Recording Industry Association Music Awards (commonly known as the ARIA Music Awards, the ARIA Awards, or simply the ARIAs) recognise excellence, innovation, and achievement across all genres of Australian music. Owusu has won four awards from twelve nominations.

The Australian Music Prize (the AMP) is an annual award of $30,000 given to an Australian band or solo artist in recognition of the merit of an album released during the year of award. It commenced in 2005.

The J Awards are an annual series of Australian music awards that were established by the Australian Broadcasting Corporation‘s youth-focused radio station Triple J. They commenced in 2005.

The National Live Music Awards (NLMAs) are a broad recognition of Australia’s diverse live industry, celebrating the success of the Australian live scene. The awards commenced in 2016.

The Rolling Stone Australia Awards are awarded annually in January or February by the Australian edition of Rolling Stone magazine for outstanding contributions to popular culture in the previous year.

The Vanda & Young Global Songwriting Competition is an annual competition that “acknowledges great songwriting whilst supporting and raising money for Nordoff-Robbins” and is coordinated by Albert Music and APRA AMCOS. It commenced in 2009.