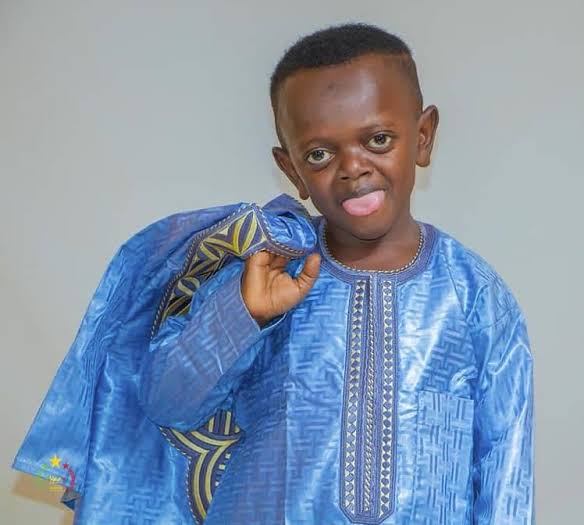 Grand M is a Malian musician and comedian who shot into the limelight thanks to his unique laughter and facial expression.

His real name is Mohamed Nantoume. Grand M., his stage name, comes from a joke satirizing his stature, and the M from his fanaticism toward Lionel Messi, with whom he was identified when playing football in his neighborhood.

After a friend shared a video of him laughing, he went viral, a laugh so infectious that it was immediately replicated in hundreds of memes and funny videos.

Grand M. took his first steps into the humor scene as an antidote to the bullying suffered due to his condition. This, along with his cheekiness, helped him channel his talent, and today he is like a social media celebrity, with more than 1.3 million followers only on Instagram. In less than a year he reached more than 800 thousand and even the Colombian reggaeton star J Balvin has talked about Grand M. in an Instagram post.

The Malian musician has recently released his first single entitled Messi, which has already reached more than 200 thousand plays on digital platforms.

Grand M was born in Mali, a West African country where he hails from and grew up.

He was born on December 15th, 2000, and is a member of Natoume’s family. He was brought up in Mali’s capital, Bamako. He is short in stature.

In Bamako, Mali, Grand M finished both his elementary and high school degrees.

Grand M had a childhood fantasy of playing professional football. He had a great love for football and constantly played it in his spare time.

He experienced a lot of bullying as a child because of his low stature and light body weight. Even as a teenager, this mocking continued.

Nevertheless, he made the decision to not let these setbacks damage his sense of self-worth and chose to see the positive side of things.

He began to make amusing looks, which invariably caused the people around him to start laughing. People began to take his pictures and create memes from them.

His memes quickly became popular after being used by thousands of people all over the world on the social media app WhatsApp.

In order to advance his career, he began posting humorous videos on Instagram, which also became popular and attracted a lot of followers who enjoyed a good chuckle.

He often rolls his eyes in his videos, which is an oddity that makes people chuckle.

His material is distinctive, and he has developed into one of Africa’s and Mali’s top social media comedians.

Mohamed claims that he named himself Grand M in tribute to Lionel Messi, his all-time favorite football player.

Grand M is a comedian in addition to being a singer who has put out a few singles. The name of his most well-known song is Messi. The comedian is a huge fan of the well-known Latino musician J Balvin.

Grand M is a popular Malian comedian, singer, and social media personality who has an estimated net worth of $200,000.

Grand M is single. He is not yet married and doesn’t have a girlfriend despite being linked with different female celebrities.