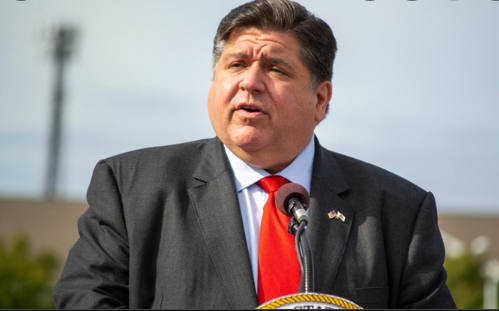 J. B. Pritzker is an American politician, philanthropist, and businessman. Currently, he is serving as the 43rd governor of Illinois. In addition, he is a private business owner based in Chicago and a managing partner and co-founder of the Pritzker Group. Moreover, he is a member of the Pritzker family that owns the Hyatt hotel chain.

Pritzer was the Democratic nominee for governor of Illinois in the 2018 gubernatorial election. During the November 6th, 2018 election he defeated incumbent Bruce Rauner and later took office on January 14th, 2019.

Pritzker was the chairman of ChicagoNEXT, Chicago Mayor Rahm Emanuel’s council on innovation and technology, and he created 1871, a non-profit digital start-up incubator (named after the Great Chicago Fire), Chicago’s digital start-up hub.

He was instrumental in the establishment of the Illinois Venture Capital Association and the Chicagoland Entrepreneurial Center. Moreover, he co-founded Chicago Ventures, he went ahead and funded the start-up of Techstars Chicago and Built in Chicago.

Furthermore, he co-founded Pritzker Group Private Capital with his brother Tony. The company owns and runs middle-market firms. PECO Pallet, a pioneer in pallet rental, and Clinical Innovations, a producer of medical devices, are among the firms in the group’s growing family.

In addition, In 2008, he was awarded Entrepreneurial Champion Award from the Chicagoland Chamber of Commerce for his efforts to promote economic development and job creation.

He was born in Atherton, California to Sue Sandel and Donald Pritzker. He is one of the members of the Pritzker family, a prominent Jewish family and business. His family has appeared on the Forbes ” America’s Richest Families” list since 1982.

He has two siblings Penny Pritzker, a former United States Secretary of Commerce, and Anthony Pritzker.

He enrolled in the Massachusetts boarding school Milton Academy. After that, he graduated from Duke University with a Bachelor of Arts degree in political science. Moreover, he went on to acquire his Juris Doctor degree from Northwestern University School of Law. After completing law school he became an attorney and a member of the Illinois State Bar Association and the Chicago Bar Association.

He got married in 1993 to Mary Kathryn MK Muenster, a daughter of Theodore and Karen Muenster. The two met when Mary was working as an aide to US Senator Tom Daschle of South Dakota.

They have two kids Teddi Pritzker and Donny Pritzker.

Moreover, he was the national co-chairman of Hillary Clinton’s campaign during the 2008 presidential election. In addition, he was also a delegate to the Democratic National Convention in 2008 and the Democratic National Convention in 2016. Furthermore, he endorsed President Barack Obama in the 2008 general election and was instrumental in bringing the Clinton and Obama camps together in Illinois.

Pritzker founded Democratic Leadership for the Twenty-First Century, a nationwide group devoted to recruiting Democratic Party voters under the age of 40. In addition, he also worked on the legislative staff of U.S. Senator Terry Sanford (D-NC), and U.S. Senator Alan J. Dixon (D-IL). Moreover, he also served the U.S. Congressman Tom Lantos (D-CA) in Washington, D.C., where he handled a wide range of domestic and international problems.

In 1998, he decided to run for the United States House of Representatives in Illinois’s 9th congressional district. Pritzker spent a half-million dollars from his personal money on television advertisements in the Chicago market. Pritzker placed third among five candidates in the Democratic primary, garnering 20.48% of the vote, trailing then-State Representative Jan Schakowsky’s 45.14% and State Senator Howard W. Carroll’s 34.40%.

On August 10, 2017, Pritzker confirmed that his running mate will be Juliana Stratton, a freshman State Representative from Chicago. Moreover, Pritzker had spent US$42 million of his own money on his campaign by December 2017, with no major fundraising from other sources.

From the summer of 2018, Pritzker was well ahead of Rauner in most polls. Moreover, he won by the biggest margin in a gubernatorial campaign since 1994.

Pritzker spent a total of US$171.5 million of his personal wealth on his campaign, mostly on internet outreach, television advertising, and personnel.

Governor Pritzker signed a bipartisan $40 billion balanced budget for the fiscal year 2019–2020. Moreover, tax rises will be used to fund increases in government spending. This budget ignores any possible revenue from recreational marijuana legalization. Before COVID-19, the Governor’s administration anticipated a $150 million surplus.

Pritzker signed legislation raising the state’s minimum wage to $15 per hour by 2025. By signing the bill it made Illinois the fifth state in the US and the first in the Midwest to do so. He signed the Collective Bargaining Freedom Act on April 12, 2019, which guarantees the freedom of companies, employees, and labor groups to negotiate collectively.

J. B. Pritzker Net Worth

Being a successful businessman and entrepreneur he has a net worth of 3.5 billion as of 2021 and still counting.