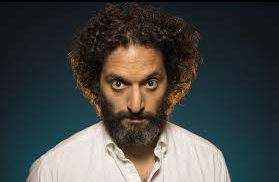 Who is Jason Mantzoukas?

Jason Mantzoukas is a well-known American professional character actor, comedian, writer, voice actor, and podcaster. Mantzoukas is best recognized for his recurring role as Rafi in the FX comedy series The League. He is also famous as one of the three co-hosts of the podcast How Did This Get Made? together Paul Scheer and June Diane Raphael.

After starting his career as an improv comedian, he has played various comedic roles in movies and television. He also appeared in the films The Dictator, The Long Dumb Road, Sleeping with Other People, They Came Together, Conception, and John Wick: Chapter 3. Mantzoukas had recurring roles on three TV series created by Michael Schur: Parks and Recreation (as Dennis Feinstein), Brooklyn Nine-Nine (as Adrian Pimento), and The Good Place (as Derek Hostetler). He also voices the characters Jay Bilzerian in the Netflix animated series Big Mouth, and Alex Dorpenberger in the HBO Max animated series Close Enough. As well as Rex Splode in the Amazon Prime animated action series Invincible and Jankom Pog in the Paramount+ animated series Star Trek: Prodigy.

Jason initially started writing comedy sketches during his junior and senior years of high school for variety shows. He started performing short-form improvisational comedy (improv) as a part of the Otter Nonsense Players at Middlebury College. Mantzoukas instantly became ”obsessed” with improv as it utilized the same skill set as performing jazz. When performing with the Otters, he met and started learning and practicing long-form improv with fellow performers, Jessica St. Clair, Dan O’Brien, and Rodney Rothman.

In 1998, after moving to New York City, Jason started performing comedy regularly at the Upright Citizens Brigade Theater (UCB) and was trained by Amy Poehler. Mantzoukas was a member of the improv team ”Mother,” one of the UCB’s earliest house teams. Within his time at UCB, Manzoukas served in the computer graphics department at J.P. Morgan for over three years to ”make ends meet.”

He and comedian Ed Herbstman performed as the comedy duo, ”The Mantzoukas Brothers,” for a number of years. They were named the ”Best Improv Duo” by Time Out New York magazine in 2006. Jason went on to write and perform as a duo with Jessica St. Clair appearing in the sketch show, ”We Used to Go Out” and the long-form improv show, ”First Date.” Together, Mantzoukas and St. Clair pitched a pilot to HBO (which was finally not picked up) and also received a deal with Comedy Central. The duo was frequently compared to the likes of Nichols and May and went on to collaborate and perform on the podcast, Womp It Up! He would then continue to teach advanced improv classes at UCB

How old is Jason Mantzoukas?

Who are Jason Mantzoukas’s parents?

Jason Mantzoukas was born in Nahant, Massachusetts, to William Mantzoukas and Cynthia Mantzoukas. His parents are second-generation Greek-Americans and he describes himself as ”100 percent Greek”. Not much information is available about his parents to the media as he has not shared much with the public.

Does Jason Mantzoukas have siblings?

Mantzoukas was born to his parents into a family of three children as the oldest child. He has two younger siblings, sister Melissa, and brother Vincent Mantzoukas.

Mantzoukas attended and studied at Swampscott High School and graduated in 1991. After graduation he enrolled at Middlebury College in Middlebury, Vermont, majoring in religion, but did not graduate with honors. He then was given a Watson Fellowship and traveled throughout North Africa and the Middle East studying religious and transcendental music for almost two years.

Mantzoukas started taking drum lessons at age 10 and trained under Steve Barrett for more than 8 years. He named Stewart Copeland, Stephen Perkins from Jane’s Addiction, and Jimmy Chamberlin from The Smashing Pumpkins as his biggest inspirations as a young musician. Mantzoukas took part in jazz and marching bands in high school and played in a cover band titled Slygoul. He went on with jazz drumming in college and also played for a bebop group.

In high school, he was named captain of Swampscott’s boys’ soccer and track teams and was also president of the marching band. He later after college studied religion through a Watson Fellowship, living in Morocco for about 7 1/2 months while studying and recording Gnawa music. Mantzoukas also traveled to Israel, Egypt, Turkey, Jordan, and Syria, and was arrested many times for having an expired tourist visa in Morocco and in Turkey to avoid him from traveling through an active war zone.

Mantzoukas is currently not married but has been linked to one previous relationship. He is single to the present but was previously dating actress Connie Britton.

Mantzoukas is single and has not been linked to many relationships in the past. He does not have any children of his own as of the present.

Jason has appeared in films including Baby Mama, I Hate Valentine’s Day, The Dictator, and John Wick: Chapter 3-Parabellum, and starred in The Long Dumb Road. He has a major role in the Paramount+ comedy series No Activity. Mantzoukas also had recurring roles on The League as Rafi, Enlightened Kroll Show, Parks and Recreation, and Comedy Bang! Bang!, Transparent, Brooklyn Nine-Nine, I’m Sorry, and The Good Place.

He has also done extensive voice acting work, such as main roles on the animated series Big Mouth, Close Enough, HouseBroken, and Star Trek: Prodigy. Mantzoukas then took the place of T.J. Miller as the voice of Mr. Mucus for the Mucinex commercials in 2018. Recently, he was cast as Dionysus/ Mr. D in the Disney+ version of the famous book series ”Percy Jackson and the Olympians”.

NBC ordered a pilot for a comedy series written by Jason titled Off Duty in 2008. The pilot was filmed in New York starring Romany Malco and Bradley Whitford but the series was not picked up. He then revealed that was working on a ”loosely autobiographical” television show for Showtime about life after ending a long-term relationship in interviews. Mantzoukas received credit for writing the screenplay draft of the buddy cop comedy Ride Along, starring Kevin Hart and Ice Cube. He initially was requested to write for Andy Samberg among the leads, but the rights to the film were ultimately bought by Universal Studios who later cast Hart in the role initially intended for Samberg. Jason also worked as a consulting writer and producer on Children’s Hospital and Portlandia.

Mantzoukas currently co-hosts the podcast How Did This Get Made? alongside June Diane Raphael and Paul Scheer. He also frequently makes appearances on Comedy Bang! Bang!, Womp It Up!, and Reply All.

American actor, comedian, writer, and podcaster, Mantzoukas has been active from 1998 to the present. He has appeared in various films and series and has written various comedy series before hosting his own podcast. Mantzoukas has been able to gather an accumulative net worth of approximately $3 million as of 2022.