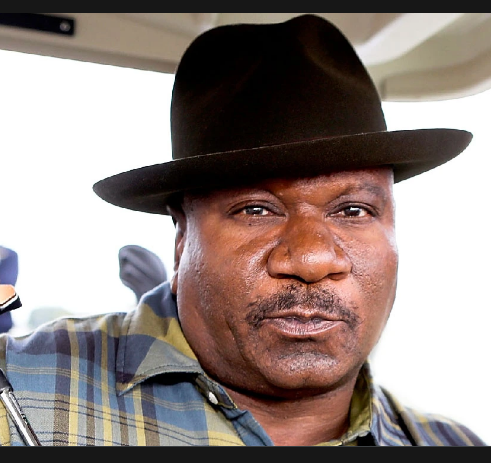 Who is Ving Rhames?

Rhames is widely known for his main role as Luther Stickell in the Mission: Impossible movie series. Also in his supporting role as gang kingpin Marsellus Wallace in Pulp Fiction.

Rhames was born to Reather and Ernest Rhames. His mother was a homemaker while his father was an auto mechanic. His parents were raised as sharecroppers in South Carolina, and Rhames was named after NBC journalist Irving R. Levine.

Rhames is the second born in a family of two boys. His older brother is referred to as Junior Rhames.

Rhames attended New Yorks High School of Performing Arts and developed love for acting. Later on he joined and studied drama at SUNY Purchase wherein he got the nickname Ving from a fellow acting student. He then transferred to the Juilliard Schools Drama Division and graduated with a Bachelor of Fine Arts degree in 1983.

Rhames has filmed a series of commercials for The ADT Corporation. He is also one of the narrators for UFC and has narrated the team introductions for the New England Patriots and Atlanta Falcons in Super Bowl Ll in February 2017.

He has additionally provided the narration for numerous Arbys commercials, with the slogan Arbys; We have the meats!

Rhames is a large fan of boxing and frequently attends live major events and is a strong believer in Christianity and has robust spiritual faith.

Rhames married Valerie Scott in July 4, 1994 but later divorced in February 9, 1999. He then got into a relationship with Deborah Reed and they engaged and got married on 25 December 2000.

Where does Ving Rhames live?

Rhames and his partner Deborah Reed and their 3 kids presently live in Los Angeles in the United States.

Muscular American actor , movie producer, TV producer and voice actor Ving Rhames has been active since 1984. He has a net worth of $25 million as of 2021.