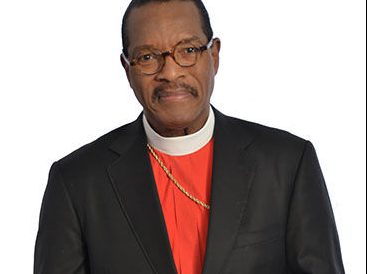 Who Is Charles Edward Blake Sr?

Charles Edward Blake Sr was the presiding Bishop of the Church of God in Christ. The church has 8.8 million members and its Pentecostal-Holiness denomination. At the moment the church has outgrown to be one of the largest predominantly African American Pentecostal denominations in the United States.

Charles was the 5th Presiding Bishop of the historically African American denomination from 2007 to 2021. Furthermore, from 1985 until 2009, he was the Jurisdictional Prelate of the First Ecclesiastical Jurisdiction of Southern California. In Southern California, he was overseeing more than 250 churches that compose the jurisdiction. After he retired he was succeeded by Bishop Joe L. Ealy.

He is a pastor of the West Angeles Church of God in Christ, which is one of the largest churches in the Western US. The church has a membership of over 24,000. However, while he was starting the church in 1969, he only had 50 members.

Moreover, in 1982, Ebony magazine named him as one of the 15 “Greatest Preachers in America.” Bishop Charles Blake has been named one of the 100+ most important African Americans by Ebony every year since 2007. Charles wrote pieces for Ebony and Christianity Today about the impact of Black churches in presidential elections.

Furthermore, from 1988 to 2021, he served on COGIC’s General Board. Moreover, Bishop Charles is an influential member of education and intellectual excellence, and he holds several academic and honorary degrees from many educational institutions. On June 12, 2010, Biola University awarded him an honorary doctorate.

When it comes, to the HIV/AIDs crisis in Africa, he founded the Pan African Children’s Fund (PACF), where he is also the president of the institution. He has another program by the name of Save Africa’s Children, which is a program of the PACF, that currently provides support to over 220 orphanages throughout sub-Saharan Africa.

Previously, he has also served as an Advisory Committee Member of the Pentecostal World Conference. Furthermore, he is the founder and Co-chair of the Los Angeles Ecumenical Congress ( LAEC), an interdenominational coalition of religious leaders and pastors.

Furthermore, Blake was also awarded the Salvation Army’s William Booth Award, the Greenlining Institute’s Big Heart Award, and the Whitney M. Young Award from the Los Angeles Urban League for the year 2000. In addition, he was named to Barack Obama’s Inauguration Advisory Council of the Office of Faith-based and Neighborhood Partnerships in 2009, where he served for one year. Blake was appointed as the Co-Chairperson of the leadership council of the Pentecostal-Charismatic Churches of North America.

Bishop Blake confirmed on October 23, 2020, that he will not seek re-election as Presiding Bishop or a member of the General Board.
On March 19, 2021, he formally retired and was succeeded as Presiding Bishop by Bishop J. Drew Sheard, Sr. on March 20, 2021.

He was born in North Little Rock to his parents Juniuos Augustus Blake and Lula Champion Blake. His father was born in Camden and he was a pastor. He administered in different churches throughout Arkansas before he relocated to California.

Currently, information about his siblings is still unavailable but we will update it as soon as possible.

He attended Interdenominational Theological Center (ITC), However Much is not known about where he received his high school and lower classes.

He is married to Mae Lawrence Blake, though much is not about their love life.

The couple has been blessed with three kids, Charles Blake II, Lawrence Blake, and Kimberly Blake. In addition, they have 8 grandchildren.

Currently, his height is still unavailable but we will update it as soon as possible.