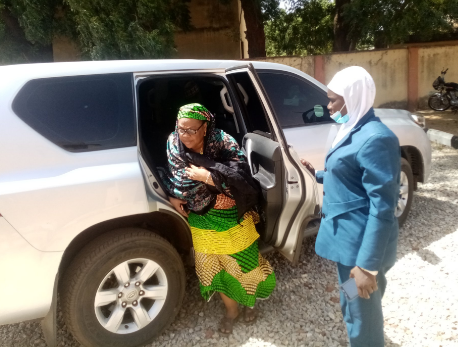 Who is Kulu Abdullahi Sifawa?

Kulu Abdullahi Sifawa who is also known as Kulu Sifawa is the current commissioner for Women Affairs Sokoto State, Nigeria. She was appointed by Governor Aminu Tambuwal.

How Old is Abdullahi Sifawa?

Where is Abdullahi Sifawa From?

She is from Sokoto State

She is married but her husband’s details are not in the public eye.

As commissioner for Women Affairs of Sokoto State, Sifawa advocated prosecution for anyone who is found engaging in a child or woman abuse. This proposal was made at a meeting attended by civil society representatives, traditional rulers, media representatives, and security agencies. Later, some abuse allegations in the state were resolved. She has also initiated efforts to provide counseling and rehabilitation for children who have been incarcerated for minor offenses.