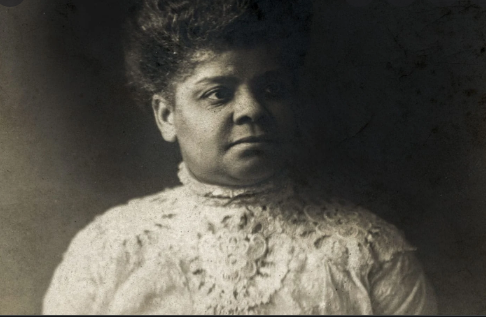 Ida B. Robinson Life and Times

Ida B. Robinson was born on August 3, 1891 – April 20, 1946, she was an American Pentecostal-Holiness and Charismatic denominational leader.

Who was Ida Bell?

She was the founder, first Senior Bishop and President of the Mount Sinai Holy Church of America, Inc. Robinson formed the organization in response to her vision and Divine Call to secure an organizational home where women preachers would be welcomed and encouraged. Mount Sinai Holy Church of America is the only organization founded by an African-American woman that held consistent female leadership from its founding in 1924 until February 2001.

Where Did Ida Bell Grow Up

Ida Bell Robinson grew up in Pensacola, Florida, she was the seventh of twelve children.

Who were Ida Bell’s Parents

She was born to Robert and Annie Bell.

Early Years
Ida Bell was born on August 31, 1891, in Hazlehurst, Georgia.  She was the seventh of twelve children born to Robert and Annie Bell. Being the seventh child, they expected great things to come of her (and were not disappointed). She grew up in Pensacola, Florida.

Her family described her as bright and industrious, and Ida’s mother was convinced that the Lord had given her natural leadership qualities. Ida always seemed to be the one in charge when with her playmates, and they seemed to follow her lead without question.  She was also known for her charming personality combined with a pleasant smile. She was so charming and charismatic, it seems, that even when Ida was in trouble, she could often talk her mother out of punishing her.

As far as her education, it seems that it ended around the fourth or fifth grade.  Despite that, her friends and colleagues never doubted her native intelligence, and it doesn’t seem to have hampered her at all in her ministry.

Teenage Years
When she was twelve years old, Ida gave her heart to the Lord.  By the time she was in her early teens, Ida was already working to help support her family.  She served as the cook on the tugboat Silver Queen in Miami Florida. While working there, Ida met a handsome man named Oliver Robinson.  He proved to be her soulmate, and they married when she was nineteen. They both continued to work on the tugboat until it was docked at the outbreak of World War I.

After her conversion as a teenager at an evangelistic street meeting, she led prayer services in homes. In 1909 she married Oliver Robinson, and they soon relocated to Philadelphia for better employment opportunities. She did street evangelism in Philadelphia under the auspices of The United Holy Church of America. In 1919, the church ordained her and appointed her to a small mission church, where she was successful in pastoral ministry and itinerant evangelism. Nevertheless, she increasingly felt that prospects for women within the denomination were dwindling. After a period of fasting and prayer, she believed that God was calling her to “Come out on Mount Sinai,” so that “I will use you to lose the women.”

Immediately, she established a charter for a new denomination, The Mount Sinai Holy Church of America. At its founding, women comprised six of nine members of the Board of Elders as well as the top four officers. The denomination spread rapidly along the eastern seaboard, largely due to Ida’s evangelistic work and church planting. She was consecrated as a bishop in 1925. When she died, the denomination consisted of 84 churches, more than 160 ordained ministers of whom 125 were women, an accredited school in Philadelphia, mission work in Cuba and Guyana, and a farm in southern New Jersey that provided a safe haven away from the city for church members.

The people liked Ida’s preaching very much, and the church began to grow.  However, the growth seemed to be due to Ida and not Elder Smith. Soon, the people wanted her, Ida rather than their own pastor.

Ida was not ambitious.  She was not there to try to obtain a leadership position.  In the natural, it seems very possible that she could have tried to overthrow his leadership or cause a major rift in the church.  However, Ida was there to serve the Lord. She decided it was best that she find another church rather than cause problems for Elder Smith.  Ambition and popularity are a deadly trap for many ministers, young and old alike. Through the grace of God Ida did not fall into them. Her commitment to a holy life and experience of sanctification is demonstrated through this experience.